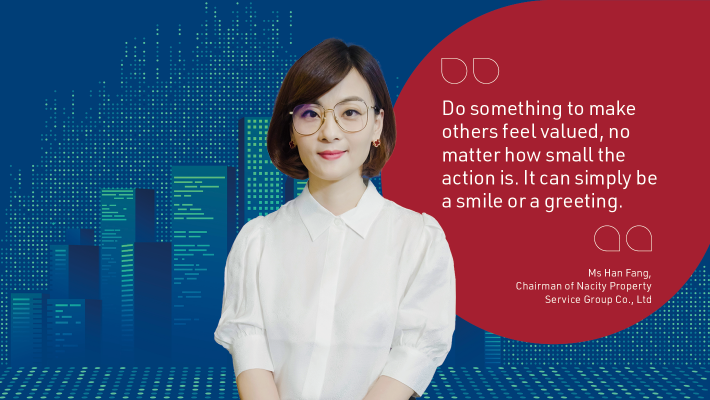 In the past decade under Chairman Ms Han Fang’s leadership, Nacity has ranked as one of the top companies in China, and is the first property services firm to become an A-shares company when it listed on the Shanghai Stock Exchange in 2018. Though Ms Han is well known as the capable leader of Nacity, what may be less well known is that the driver of her success is her vision to create better lives for people.

Today, Nacity has grown to manage nearly 80 million square meters of property. Ms Han has led the company with expertise, diligence, and innovative thinking, applying the knowledge on property management that she acquired from the PolyU Master of Science in International Real Estate programme. For example, she has reformed the company’s services to emphasise meeting the true needs of customers and create value for society.

Contributing to society at every opportunity 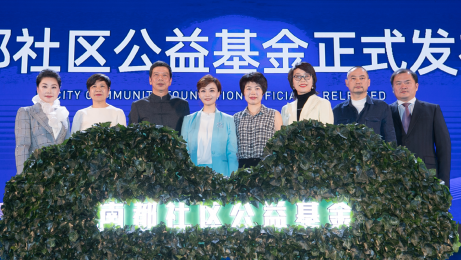 Ms Han Fang (fourth from left) has initiated the Nacity Community Foundation, to provide financial support to the needy. The Foundation has donated over RMB2million of anti-epidemic supplies to frontline medical staff and workers in their properties during COVID-19.

Ms Han is a strong advocate of social responsibility and practises what she preaches. At the corporate level, she has introduced subsidies for disadvantaged employees, organised Nacity fundraising events, and partnered with government bodies to promote the welfare of people working in the local property services industry. She believes that real estate development and property services should be socially responsible in order to create a harmonious environment in which users can relax and communities can flourish.

Ms Han, who is a frequent guest speaker at provincial and city-level seminars, says: “I am grateful for what society has given me, shaping me into who I am today. I feel the urge to give back to society.”

Raising funds for the disadvantaged 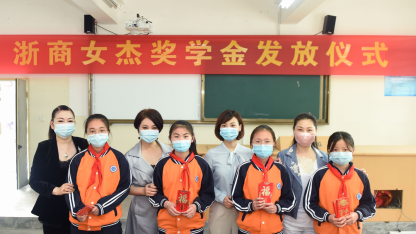 Ms Han Fang (fourth from right) has been awarded the Person of the Year of the 12th Zhejiang Merchant Victress Award. She and other awardees set up a scholarship fund for young school children in support of their studies through donating resources and funds.

Alongside her focus on business, Ms Han also pays attention to the needs of people around her. After noticing the harsh working conditions of security guards, who often had no shelter from the sun, Ms Han launched a ‘Spread Smile and Love Series’ campaign. “I would have fainted in half an hour under that heat,” she says, talking about inspecting a property during the summer. The campaign encouraged property owners to express their care for security guards and neighbours through smiles and greetings. Property owners that took part received a ‘welfare card’. For each card they received, Nacity donated RMB1 to a Hangzhou charity. The event was launched simultaneously in dozens of Nacity properties in Hangzhou City, raising a total of RMB200,000 to support the disadvantaged and pay for their medical and educational expenses.

Ms Han launched ‘LeFund’, a funding scheme to support Nacity’s employees and their family members through providing assistance if they were sick, and educational subsidies for their children. She also donated RMB1million to the Hanzhou charity foundation – the West Lake Education Foundation, to promote the development of local education and support students and teachers who were in need. Ms Han has led employees on visits to impoverished villages, funded the construction of schools, organised book donations and more. "If each of us makes a humble effort to improve the wellbeing of the community, our home will become a better place and more harmonious relationships can be built,” she says.

Connecting alumni, PolyU and the community

As a graduate of the first-cohort of students on the MSc in International Real Estate (IRE), Ms Han is enthusiastic about alumni affairs, and serves as President of Zhejiang University-The Hong Kong Polytechnic University Joint Centre Alumni Network. "Strengthening the connection between alumni and PolyU is one of the important tasks of the Alumni Network. It serves as a bridge – the University can share its latest developments with alumni, while alumni can share their thoughts with the University.” She feels honoured to serve PolyU alumni and provide support to them, such as promoting cooperation between alumni and outstanding companies in the real estate and hospitality sectors. She hopes to hold exchange activities focusing on both industry and charity for alumni as soon as the pandemic ends.

When asked what her key learning was from the Master’s programme, Ms Han says: “Keep your eyes on the stars, and your feet on the ground.” For her, this saying means knowing perfection and embracing your vision, but finding a way to make it happen. She learnt how to make it happen at PolyU.

Do something to make others feel valued, no matter how small the action is. It can simply be a smile or a greeting. 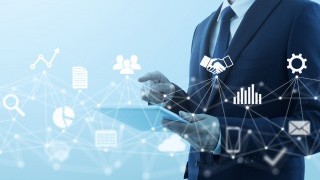 PolyU’s ten most impactful innovations PolyU strives to ensure that alongside advancing technological and industry standards, the work of its researchers also has impactful applications that benefit society. The ten individuals or teams that won... 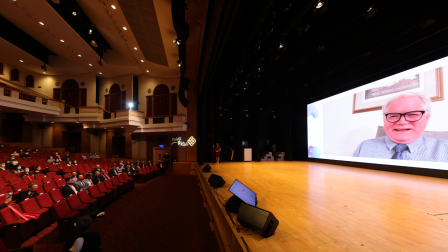 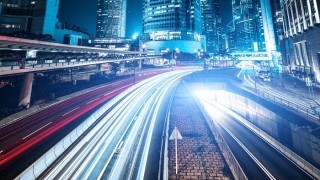 For a densely populated city like Hong Kong, a safe and convenient transport environment is crucial. The Government launched the Smart Traffic Fund in November 2021, and out of a total of 17 approved projects, seven innovative projects led by PolyU...