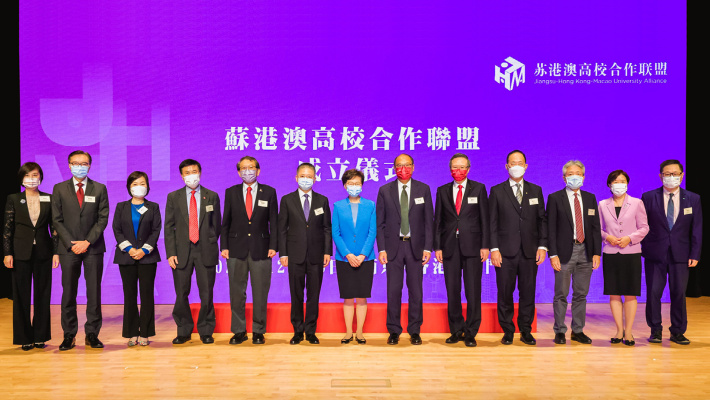 Harnessing the strengths of partner institutions for fruitful collaboration

The Jiangsu-Hong Kong-Macao University Alliance (JHMUA) jointly established by Nanjing University, PolyU and the University of Macau was officially inaugurated in December 2021. The JHMUA aims to leverage the advantages of tertiary institutions in Jiangsu Province, Hong Kong and Macau to strengthen exchange and collaboration in areas including talent cultivation and research in innovation and technology. With the full support of the governments of the three regions, the JHMUA now consists of 33-member institutions, including 21 from Jiangsu Province, nine from Hong Kong and three from Macau. The first term of the Alliance is chaired by Nanjing University while PolyU, the University of Macau and Nanjing Normal University will act as vice-chairs.

Advancing education, innovation and research in the three regions

The inauguration ceremony was held simultaneously in Nanjing and Hong Kong, with Mr Wu Zhenglong, Secretary of the Jiangsu Provincial Committee of the Communist Party of China, officiating at the one in Nanjing. Professor Huai Jinpeng, Minister of Education, joined the ceremony online. He said that Jiangsu is an important province in the Yangtze River Delta, while Hong Kong and Macao are two key cities in the Guangdong-Hong Kong-Macao Greater Bay Area. He hoped that member institutions of the Alliance would deepen collaboration and take tertiary education to an even higher level in future.

The ceremony in Hong Kong was attended by Mrs Carrie Lam, Chief Executive of the Hong Kong Special Administrative Region, as well as the senior management of local universities and Government officials. Addressing the ceremony, the Chief Executive noted that the collaboration would help facilitate innovation and technology development and talent exchange, as well as bring more opportunities for scholars and students in the three regions, helping them make contributions to the Nation's development.

PolyU has over the past years partnered with more than 30 institutions and organisations in Jiangsu Province to kick start over 100 teaching and research projects. Professor Jin-Guang Teng , President of PolyU, remarked, “Jiangsu Province has witnessed the rapid development of a number of strategic emerging industries in recent years, such as artificial intelligence, biomedicine, new energy technology and more. Such progress brings about tremendous opportunities in innovation and technology, research and even entrepreneurship for institutions and talents in the three regions.” 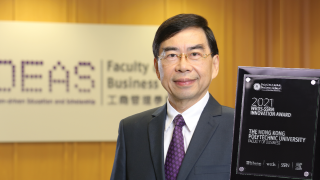 PolyU’s Faculty of Business is the Asia Pacific region winner of the 2021 Wharton Research Data Services – Social Science Research Network (WRDSSSRN)Innovation Award. The Faculty is the first business school in Hong Kong to receive this... 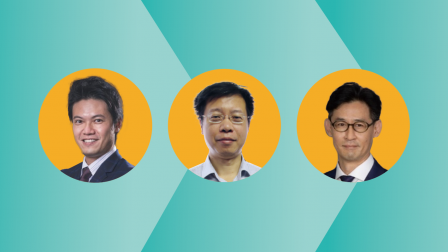 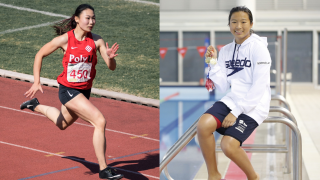