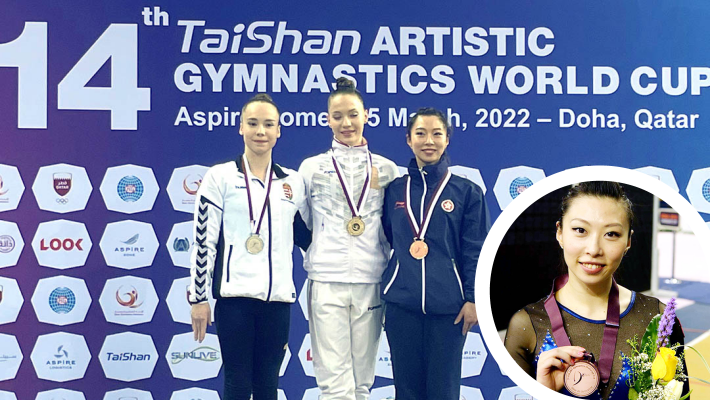 Ms Angel Wong Hiu-ying, an alumna of PolyU’s Institute of Textiles and Clothing, recently won a bronze medal in the balance beam contest at the Artistic Gymnastics World Cup held in Doha. This is the first time for Hong Kong to clinch a medal in this event. Congratulations!

Taking part in the London Olympics in 2012, Angel was the first local female gymnast to qualify for the Games, and became the first Hong Kong athlete to have a balance beam move named after her.

Angel originally devoted herself to vaulting; however, knee injuries forced her to switch to balance beam competitions. The latest award is a great testament to her perseverance and hard work over the years. 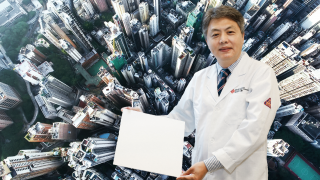 It seems impossible for people in Hong Kong to endure the heat in the humid summers without air conditioning. However, air conditioning, which consumes a massive amount of electricity and can leak potent greenhouse gases into the atmosphere,... 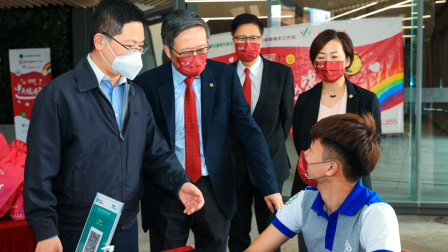 Gathering donations and assistance to battle the epidemic

During the severe fifth wave of the COVID-19 pandemic in Hong Kong, PolyU alumni, staff and students have shown concern and support for the community. They have actively contributed ideas, raised funds and donated anti-epidemic gear, demonstrating... 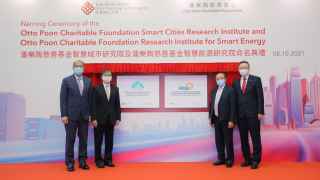 With a generous donation from the Otto Poon Charitable Foundation, PolyU has established two research institutes under the PolyU Academy for Interdisciplinary Research to support its research endeavours on smart cities and sustainable energy.   Ir...