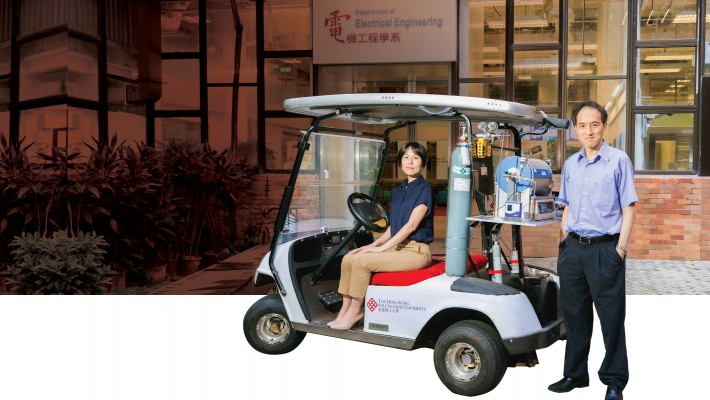 PolyU researchers have manufactured the world’s first ammonia-powered fuel cell electric vehicle. The vehicle not only has zero-carbon emission, but it also offers higher efficiency and safer energy storage than conventional electric vehicles. The team aims to apply the same technique to minibuses in 2022. 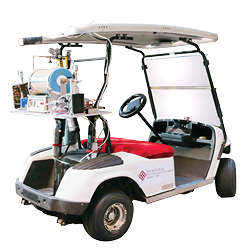 Hydrogen is an energy carrier with high energy efficiency and it can be used as a zero-emission fuel for vehicles. Although it has been used in space and rocket programmes for decades, there is safety concern about the risk of hydrogen explosions.

To overcome the challenges of using hydrogen, Professor Eric Cheng of PolyU’s Department of Electrical Engineering, and Director of the Power Electronics Research Centre, chose to use ammonia as a safer carrier of hydrogen to power electric vehicles.

To power the golf cart, ammonia is stored in its liquid form inside a cylinder. It then goes through a ‘cracker’ and is broken down into nitrogen and hydrogen by catalysts developed by the University of Oxford in the UK. While 99.9% of the ammonia can be transformed, the remainder is filtered out by a gas purifier.

The hydrogen obtained is used to generate electricity to propel the vehicle. Nitrogen is emitted with the water vapour generated in the chemical process and both emitted gases are major components of the atmosphere and are safe.

The process of converting ammonia to electrical power

Another member of the research team, Dr Molly Li, Assistant Professor of the Department of Applied Physics, explained: “It is easier to store ammonia that requires eight bars of pressure, whereas keeping hydrogen needs over 700 bars of pressure. Also, compared with hydrogen that is highly flammable and odourless, ammonia is a much safer alternative as it is more stable and has a pungent smell, which can alert drivers if there is a leakage.”

Professor Cheng added that it takes much less time to refill a vehicle with ammonia than to refill it with hydrogen or recharge a battery. “Therefore, ammonia can be a safer and more efficient option for zero-carbon fuel,” he concluded.

Ammonia-powered public transport is the next goal

He shared that the latest innovation is the result of collaboration between universities and industry. Other collaborators in the project included the University of Oxford, Automotive Platforms and Application Systems R&D Centre, HKOXGI Limited, and China Dynamics Ltd. The research was also funded by the Hong Kong government’s Innovation and Technology Fund (ITF).

With the support of industry, Professor Cheng’s next goal is to apply the ammonia-powered fuel cell to long-distance electric minibuses by October 2022.

Looking to the future, he hopes to further the research on green energy, as it is crucial to support the development of a smart city. 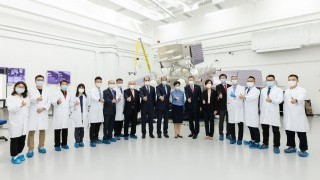 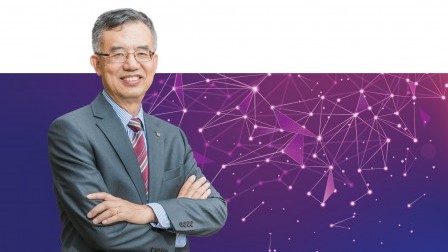 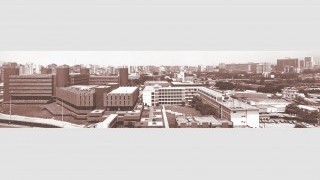 Engineering students during the time of the Hong Kong Technical College, a predecessor of the University A PolyU History Museum to underscore the significance of the University’s 85 years of contributions to society is in the pipeline. The museum...