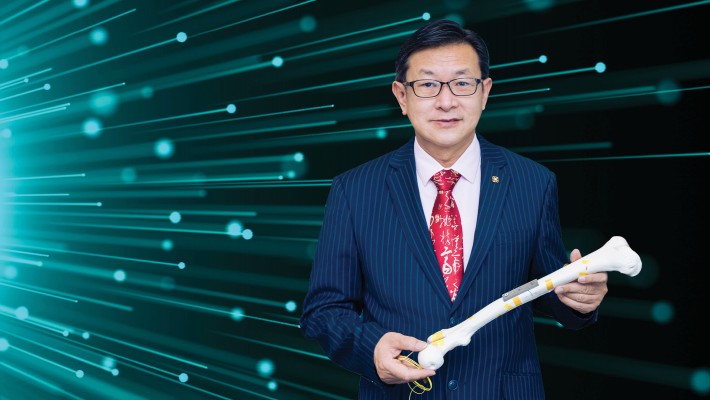 PolyU researchers have developed groundbreaking optical fibre microsensors which can be implanted into people’s bodies for medical applications.

Once used mainly for the transmission of data, fibre optics technology is increasingly being deployed in medical applications. Professor Tam Hwa-yaw, Chair Professor of Photonics and Head of PolyU’s Department of Electrical Engineering, has led a research team to develop novel fibre optic microsensors, which can be implanted into people’s bodies to enable more accurate medical surveillance for surgery and treatment.

The research team used an advanced plastic material, ZEONEX, to develop the microsensors, while they also added a ‘side hole’ inside the optical fibres to enhance their sensitivity. Named the “Side Hole Polymer Optical Fibre Sensors”, the microsensors are biocompatible, supple and extremely sensitive to very small pressure changes inside human bodies. 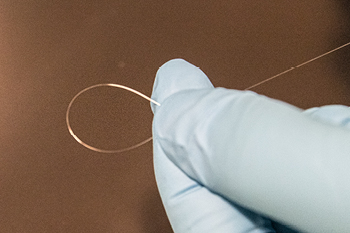 The new microsensors can be as small as a few micrometres.

“Our microsensors can detect extremely subtle changes, even a difference smaller than 1% of atmospheric pressure. They are sensitive enough to measure pressure inside the lungs while someone is breathing,” Professor Tam said. He believes the breakthrough will enable the development of a whole new range of applications for medical monitoring inside people’s bodies.

Although optical fibres are increasingly being used in medical equipment, such as sensor-based wearable medical devices and surgical instrumentation, the existing glass optical fibres and the traditional plastic optical fibres have several drawbacks. The former is too stiff and brittle, while the latter may absorb water that can affect the operation of sensors.

The PolyU-developed microsensors overcome these challenges, enabling them to be implanted inside people’s bodies. Professor Tam explained: “The plastic material ZEONEX has low moisture absorption and high precision in molding. To enhance the sensitivity of the microsensors, we have also added a side hole running parallel with the light transmission path inside the optical fibre.”

“Therefore, the microsensors can be made as small as a few micrometres and their sensitivity to pressure is 20 times that of traditional optical fibre sensors,” he added.

As the microsensors are humidity insensitive, shatter-resistant, chemically inert and biocompatible, they can potentially be used for a broader range of medical applications.

The future of microsensors

The “Side Hole Polymer Optical Fibre Sensors” research findings were published in 2021 in US-based The Optical Society’s Optics Letters. Some of the applications jointly developed with other universities have already been granted patents. 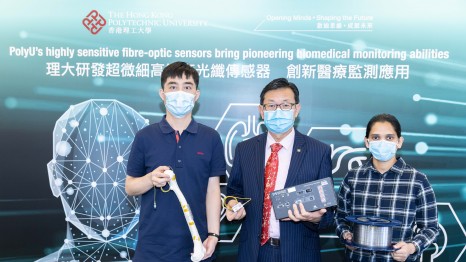 By integrating the new microsensors with wireless Internet of Things, Professor Tam (middle) and research fellows, Dr Xin Cheng (left) and Dr Dinusha Serandi Gunawardena (right), aim to develop a sensing network that can provide a comprehensive and precise picture of changes inside human bodies.

Professor Tam and his team are now working to expand the sensors’ ability to measure other physical or chemical changes in the body, such as acidity and temperature.

“We are also seeking to develop a sensing network that integrates our sensors with emerging technologies like the wireless Internet of Things. The sensing network would be able to give a comprehensive and precise picture of changes inside the human body, thus helping patients around the world through technological innovation,” he said. 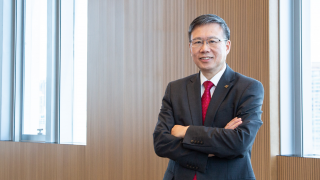 The year 2022 is a significant one for PolyU, since it represents the University’s 85th Anniversary. For more than eight decades, PolyU and its predecessors have played an important role in the different stages of social and...

From July to September 2021, the following PolyU members were either appointed significant duties to share their scholarly expertise to benefit the wider community or had their academic efforts duly recognised. ( listed in alphabetical order)    ... 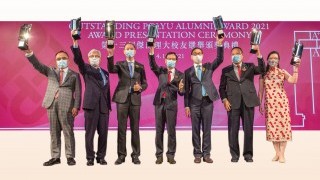 PolyU held the 13th Outstanding PolyU Alumni Award (OPAA) presentation ceremony in October 2021 to honour 10 accomplished alumni who have achieved illustrious accomplishments in their respective professions and made significant contributions to the...