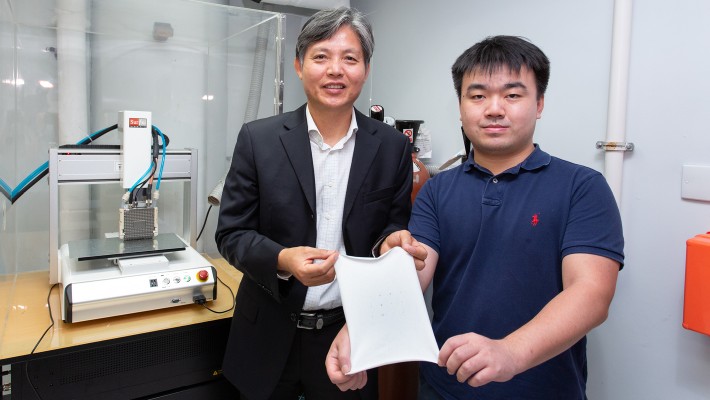 A research team led by Professor Fan Jintu, Head of PolyU’s Institute of Textiles and Clothing (ITC) and Chair Professor of Fiber Science and Apparel Engineering, has developed a “skin-like” fabric that keeps people dry during exercise.

The directional liquid transport fabric enables sweat to evaporate through spatially distributed channels which act like sweat glands, while also providing a barrier to water from outside. The research, which took four years to develop, was published in Science Advances in April 2020.

Existing commercially available breathable fabrics have a moisture transmission rate of up to 460 g/m2 per hour, signiﬁcantly less than the 1,000 to 2,000 g/m2 per hour rate at which the average person doing moderate exercise sweats. The novel “skin-like” fabric, however, has a moisture transmission rate of 6,600 g/m2 per hour — 15 times greater than that of best commercially available breathable fabric. The moisture-wicking feature of the fabric enables people to exercise more comfortably without becoming wet.

The novel fabric design, which has been patented in the US, also has a high water repellency. Professor Fan said that while the fabric was still in the experimental stage, his research team was working on further enhancing its water repellency, as well as applying the technology to sportswear, protective clothing and casual wear. 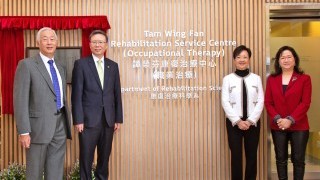 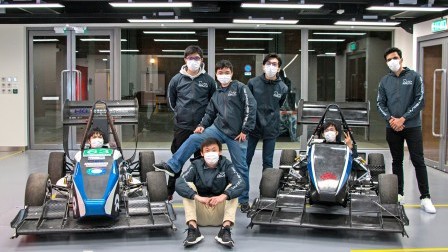 Members of the PolyU E-Formula Racing Team, led by Captain Brian Tam of the 2020 Season, have demonstrated their aspiration, creativity and endurance through designing and building their own race car for the Formula Student Electric China (FSEC)... 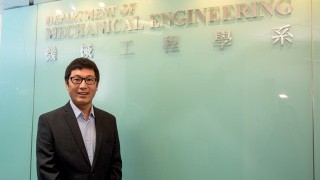 Four scientists at PolyU have been awarded funding from China's Excellent Young Scientists Fund 2020. The fund supports young scientists who have made signiﬁcant contributions in fundamental research, helping them become leading international...