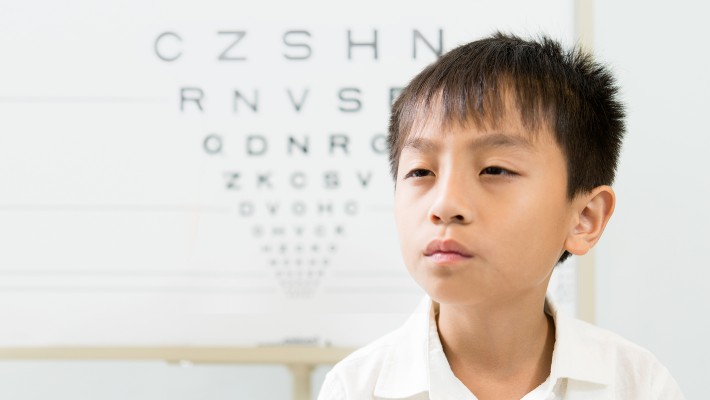 Myopia (short-sightedness) is an eye disorder that affects a third of the world’s population. High myopia can lead to sight-threatening complications, including retinal detachment, macular degeneration, cataracts and glaucoma. As a result, it is important to keep myopia progression under control, especially among children. Fortunately, the efforts of PolyU researchers, an academic-led start-up and a research collaborator of the University have led to non-invasive and viable options to control the development of myopia in children around the world.

In 2000, a School of Optometry research team led by Professor To Chi-ho, Chair Professor of Experimental Optometry, Henry G. Leong Professor in Elderly Vision Health and Head of the School of Optometry, and Professor Carly Lam, started a research project on myopia control in children. Dr Dennis Tse, Associate Professor, also participated in the project. The team eventually developed a revolutionary “myopic defocus” method, based on the natural homeostatic mechanism of the eye. The method aims to produce a clear image on the retina and a defocused or blurred image in front of the retina simultaneously, enabling children to have clear vision, while also controlling the progression of myopia. 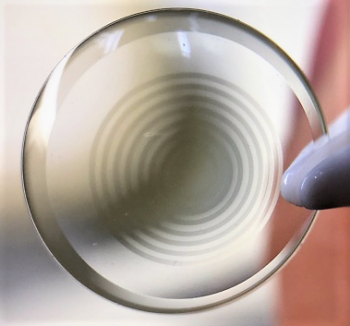 The DISC lens is a multizone soft contact lens.

The Defocus Incorporated Soft Contact (DISC) lens was the first product developed using the method. A clinical trial with Hong Kong schoolchildren aged between 8 and 13 showed that DISC lenses slowed myopia progression by about 60% when the lenses were worn for eight hours every day during the two-year trial period.

To facilitate commercial production of the DISC lens, Professor To and a PolyU graduate founded the start-up Vision Science and Technology Co. Ltd (VST) in 2016. Alongside receiving funding support of HK$1.1 million from the HKSTP-PolyU Tech Incubation Fund and the PolyU Tech Launchpad Fund, VST has also secured more than HK$2.3 million of further investment over the years. In 2018, PolyU and VST entered into a licensing arrangement under which VST manufactures and provides DISC lenses at its authorised optometric clinics and fitting centres, while the University prescribes DISC lens at its Optometry Clinic and provides training in fitting the DISC lens to the eye for optometrists.

“I am glad that after years of hard work, research on the DISC lens eventually bore fruit through successful commercialisation, benefitting children in need with a real product,” Professor To said. 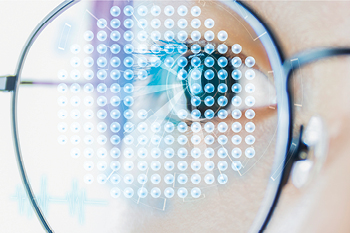 The DIMS lens is made up of numerous micro-lenses.

To cater to people who find contact lenses uncomfortable to wear, or those who are prone to eye infections, PolyU and its research collaborator HOYA Corporation jointly developed the Defocus Incorporated Multiple Segments (DIMS) Spectacle Lens, co-owning the technology and patent rights.

Although the same mechanism is applied in DIMS and DISC lenses, researchers faced an added challenge when developing the spectacle lens. “Because the eye moves behind the spectacle lens, the myopic defocus optics have to be incorporated all over the lens,” Professor Carly Lam explained. The problem was solved by dividing the DIMS lens into zones. The central zone consists of a regular concave lens for corrected vision at the centre of the retina, while the rest of the lens is made up of numerous tiny lenses that focus light slightly in front of the retina to create peripheral myopic defocus. In doing so, the lens provides clear vision for the wearer at all viewing distances.

DIMS has been clinically proven to be effective at slowing down myopic progression by 59% in children in Hong Kong. 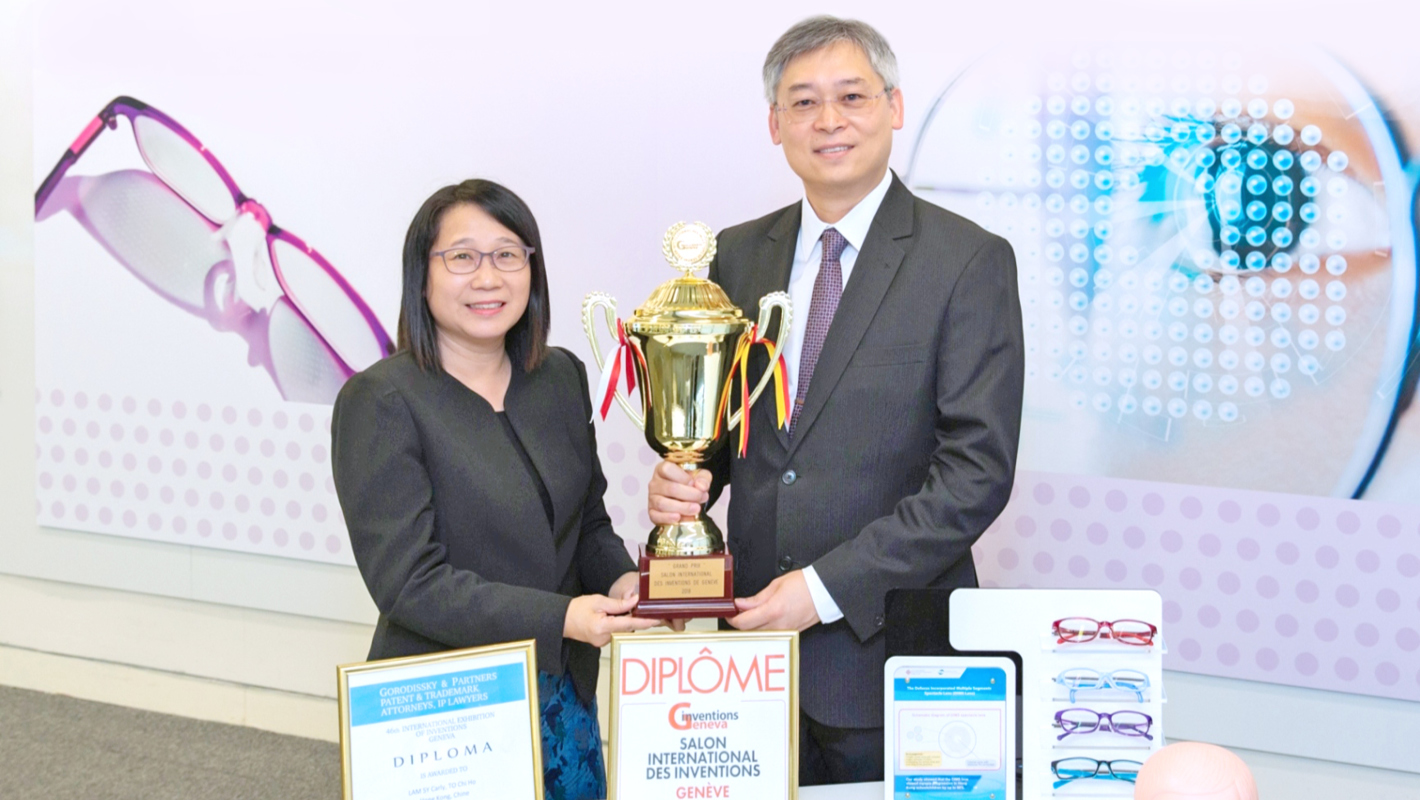 DIMS lenses offer a solution as the first line of treatment for myopia control, slowing and even preventing the development of high myopia, which is the second most common eye condition that causes visual impairment and permanent blindness in Asia. Since their launch in mid-2018, DIMS lenses have gained wide acceptance in the market, benefitting more than 350,000 myopic children. DIMS lenses are now available in Hong Kong, Mainland China, Taiwan, Singapore, Malaysia, Australia, New Zealand, Canada, Italy, the UK and France.

The invention and subsequent development of the defocused lenses is an excellent example of how the successful commercialisation and transfer of PolyU technology, facilitated by entrepreneurial efforts, can bring benefits to the world. 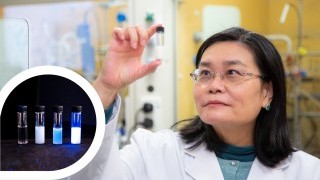 Three PolyU medical innovations have won Global Innovation Awards at the TechConnect Business Virtual Summit and Showcase 2020. The PolyUStimulator is the ﬁrst battery-free device that can achieve the same neurostimulation outcomes as a... 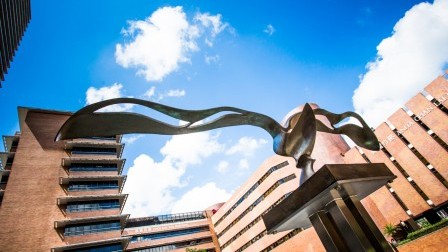 Twelve scholars from PolyU have been acknowledged in the Highly Cited Researchers 2020 list by Clarivate. The list identifies the most influential scholars around the world during the past decade, as demonstrated by their publication of multiple... 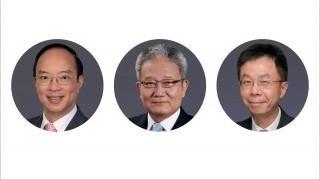 Congratulations to the following 28 members of the PolyU community who have been honoured with awards or appointed Justices of the Peace by the HKSAR Government in recognition of their significant contributions to Hong Kong.   Gold Bauhinia Star The...