Officiating at the launch ceremony of the Blood Donation Vehicle were Dr Chui Tak-yi (back row, centre), Under Secretary for Food and Health, Dr C K Lee (back row, 4th from left), Chief Executive and Medical Director of the Hong Kong Red Cross Blood Transfusion Service and Dr Miranda Lou (back row, 4th from right), Executive Vice President of PolyU. Free blood pressure checks and Haemoglobin tests are offered during the campaign to engage more PolyU members to give blood. The campaign has attracted hundreds of students to give blood, representing a six-fold increase of blood donors compared with the daily figure in the campus blood donor centre.

The Hong Kong Polytechnic University (PolyU) in support of the Hong Kong Red Cross Blood Transfusion Service (BTS) recently launched a 10-day long blood donation campaign on campus as part of the University’s Social Responsibility Month. A brand-new 16-tonne blood donation vehicle made its debut at PolyU last Thursday and is now parked on the podium level of the campus until 25 October.

At the launch ceremony, the Under Secretary for Food and Health, Dr Chui Tak-yi, the Chief Executive and Medical Director of the BTS, Dr C K Lee, and the Executive Vice President of PolyU, Dr Miranda Lou urged the PolyU community to continue its noble tradition in blood donation.

In addition to donating blood, PolyU students are very enthusiastic in support of the Red Cross BTS. For instance, some students studying on the PolyU nursing programme have chosen to do their primary health care practicum at the on-campus blood donor centre. Students from the School of Design also took part in designing souvenirs for Red Cross BTS.

Dr Lou stated in her speech, “PolyU is the first tertiary institution in Hong Kong to receive the Special Merit Award (non-commercial category) from the BTS in recognition of PolyU's support for stable blood supply. Through our joint efforts, over 44,000 people have donated blood on our campus. We are glad that our efforts could support Red Cross BTS and promote blood donation in different ways.”

To appeal to more students and teaching colleagues to join this meaningful cause, the University invited students from different countries, including Malaysia, Kazakhstan, Azerbaijan, Rwanda and those from the Chinese mainland, to use their mother languages to spread the message of “One blood donation saves three lives”. Free blood pressure checks and Haemoglobin tests are also offered during the campaign to engage more PolyU members to give blood.

Over the last few days, the campaign has attracted hundreds of students to give blood, representing a six-fold increase of blood donors in average per day compared with the daily figure in the campus blood donor centre.

PolyU is honoured to be the first stop for the new blood donation vehicle, the vehicle will later visit other universities in Hong Kong to promote the culture of blood giving.

A daily turnout of 1,100 donors is required Territory-wide to ensure sufficient supplies of safe blood are available for clinical transfusions in all hospitals. 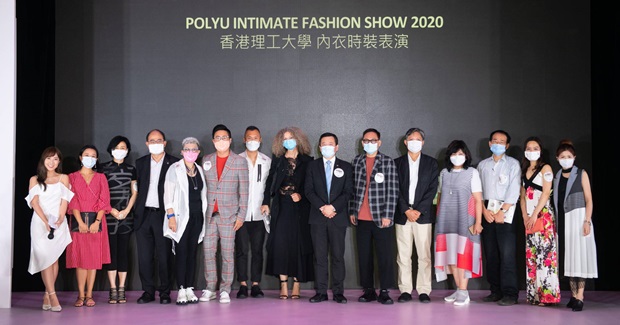 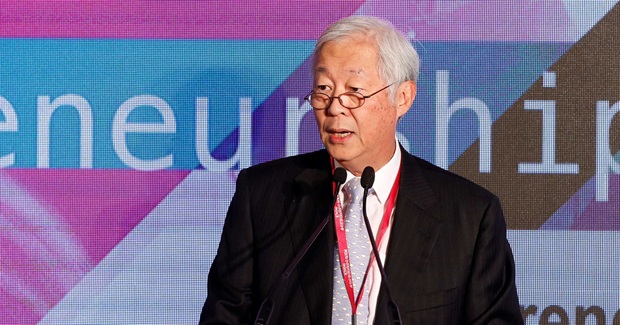 PolyU stages Entrepreneurship Parade in support of more than 60 projects 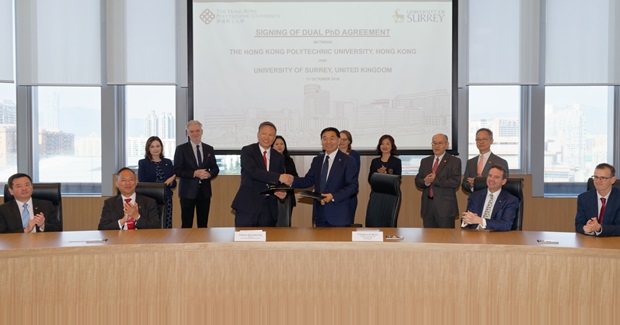 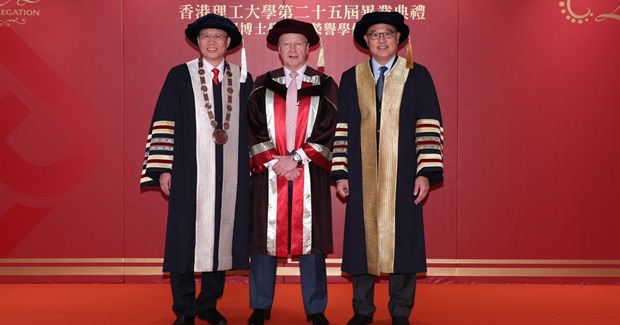 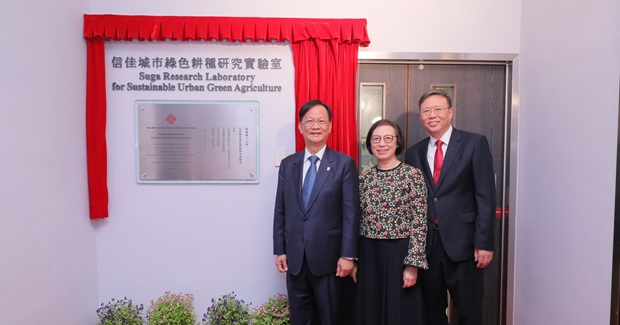