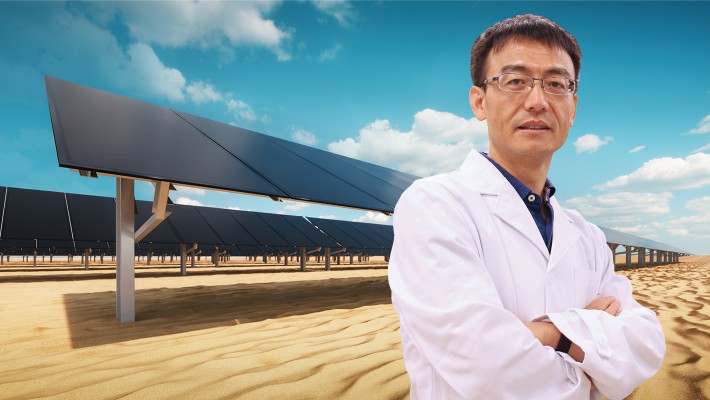 When solar panels overheat, it causes a huge loss in energy generation. After years of research, a team at PolyU has come up with a novel solution to this problem, namely using sorption-based atmospheric water harvesting (AWH) to cool the panels down. The invention’s water-capturing and ‘sweating’ functions lead to an energy output gain of almost 20%.

A team led by Dr Wang Peng, Associate Professor in PolyU’s Department of Civil and Environmental Engineering, came up with the idea of using a hydrogel-based material, consisting of a polyacrylamide–carbon nanotube substrate and calcium chloride, as a cooling agent. The hydrogel is attached to the underside of the solar panels, effectively giving them an ‘organ’ that can capture water vapour from the atmosphere during the evening and at night, and store it. In the daytime, when the sun warms up the panels, the water trapped in the hydrogel evaporates, lowering the temperature of the solar panels in the same way that perspiration cools down human bodies.

Solar panels, the colloquial name for photovoltaic panels (PV panels), have been installed around the world for generations to generate energy through absorbing light from the sun and converting it into electricity, known as the photovoltaic effect. However, much of the solar energy absorbed is turned into heat during the process, raising the temperature of the panels and reducing their efficiency in power generation. In fact, less than 25% of the solar energy absorbed by commercial panels is converted into electricity.

Scientists have been striving to find a solution to overcome the overheating problem of PV panels. Traditionally, coolants made from hydrofluorocarbons (HFCs) and chlorofluorocarbons (CFCs) have been used at solar generators for this purpose. However, as both HFCs and CFCs are very potent greenhouse gases, with a warming potential thousands of times greater than carbon dioxide, they are no longer considered to be good choices for coolants.

When looking for an alternative to HFCs and CFCs, Dr Wang thought harvesting water from the air, which would subsequently evaporate, could be a possible solution. His team tested the effectiveness of the hydrogel-based cooling agent in laboratory and real-life conditions. “Under laboratory conditions of 1.0 kW per square meter of solar radiation, the prototype device provided an average cooling power of 295 W per square meter of solar panels, lowering the temperature of the panels by at least 10°C,” Dr Wang said. He thinks that with this magnitude of cooling effect, the electricity generation of a PV panel could be raised by 13% to 19% — a significant improvement in industry terms. The related research paper, “Photovoltaic panel cooling by atmospheric water sorption–evaporation cycle”, was published in Nature Sustainability, Volume 3, Issue 8, in August 2020.

Dr Wang, who is currently Associate Editor of Environmental Science & Technology, a journal published by the American Chemical Society, is passionate about moving forward with the technology. More than 600 gigawatts (GW) of solar power capacity exists worldwide, meeting 3% of the world’s electricity demand. The figure is expected to rise to 3,000 GW by 2030, meaning solar power will generate more electricity than the combined total of all other kinds of renewable energy. With solar energy expected to be increasingly harnessed to provide electricity in the years to come, improving the design of solar power generators to enhance their efficiency is more important than ever.

Although Dr Wang is optimistic that his novel design can help reduce energy loss from solar panels, he also admits that there are problems that need to be overcome. Although the performance of the hydrogel remains almost unchanged a week after its installation, more tests are needed to show that it can sustain its function after a longer period of exposure to hot weather. “If the current material can’t last for at least two years, we’ll have to work on another one,” he said.

As Dr Wang and his team work together to tackle these challenges, he is confident that, given the potential to harvest moisture from the air, hydrogel-based cooling could provide an ideal solution to the problem of overheating solar panels. Hydrogel-based coolant is also an economically viable solution. “The production cost for the coolant is low and can be further reduced,” he said. 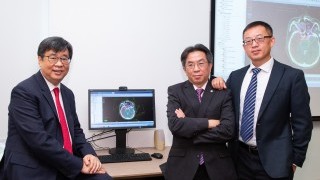 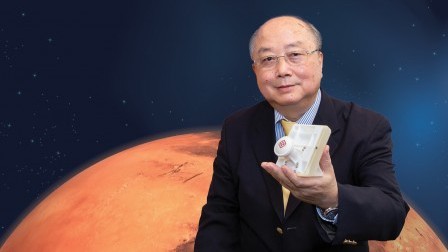 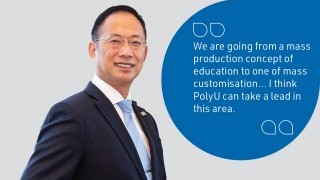 Ir Professor Alexander Wai Ping-kong is an expert in high-speed optical fibre communication systems. He obtained his PhD degree from the University of Maryland, USA in 1988. He then worked on a space shuttle project before conducting his own...