Prof. Chen Changwen is elected as Member of Academia Europaea 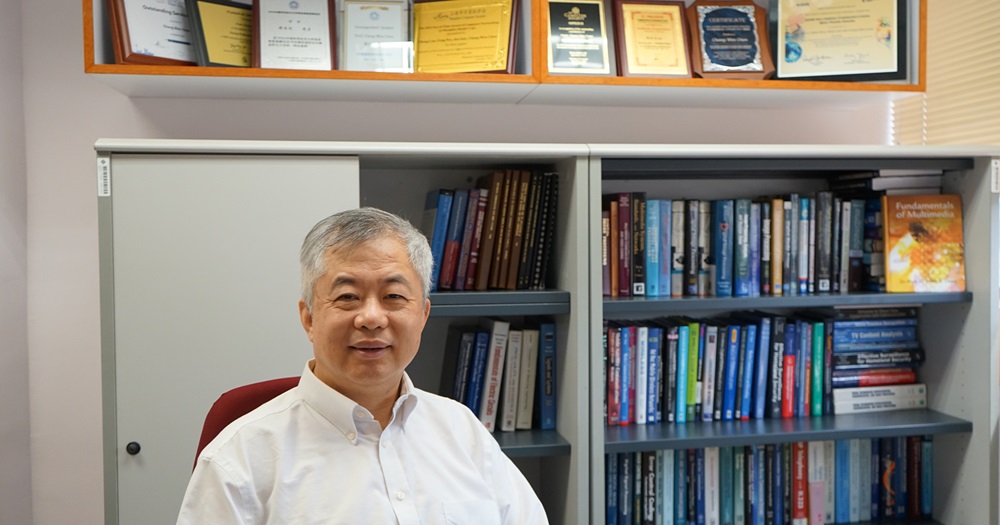 We are proud to announce that Prof. Chen Changwen, our Chair Professor of Visual Computing, has been elected as a Member of Academia Europaea (Academy of Europe) under the Informatics Section in recognition of his distinguished achievements and outstanding contribution in the field of computer science.

Prof. Chen’s research interests include Multimedia Communication, Internet of Video Things (IoVT), GAN/CNN for Image Aesthetics, Immersive Tele-systems, Machine Learning, Mobile Virtual Reality, etc. He served as the Editor-in-Chief for IEEE Transactions on Multimedia from 2014 - 2016 and for IEEE Transactions on Circuits and Systems for Video Technology from 2006 - 2009. He has also served as Conference Chair for several major IEEE, ACM and SPIE conferences related to multimedia video communications and signal processing. As an expert in visual computing, Prof. Chen’s research has been supported widely by the industry including NSF, DARPA, Air Force, NASA, Whitaker Foundation, Microsoft, Intel, Kodak, Huawei, and Technicolor.

With his exceptional research efforts, Prof. Chen has been named an IEEE Fellow and SPIE Fellow. He has also received a series of research and professional achievement awards, including Sigma Xi Excellence in Graduate Research Mentoring Award in 2003, Alexander von Humboldt Research Award in 2009, the University at Buffalo Exceptional Scholar - Sustained Achievement Award in 2012, the State University of New York System Chancellor’s Award for Excellence in Scholarship and Creative Activities in 2016, and the Distinguished ECE Alumni Award from University of Illinois at Urbana-Champaign in 2019.

Formed in 1988, Academia Europaea is the pan-European academy of science, humanities and letters, with a membership of over 4,000 eminent scholars, drawn from all countries of Europe, and all disciplines, nationalities and geographical locations. In July 2021, the Academy announced that 366 international scholars have been invited to accept membership of the Academia Europaea, following a rigorous peer-review process.

Congratulations to Prof. Chen on receiving this honour.