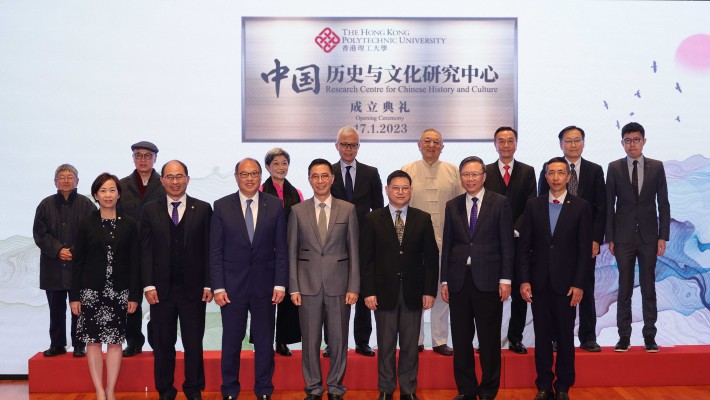 To promote Chinese culture and strengthen national education, PolyU established the Research Centre for Chinese History and Culture this month, aiming to enhance the pride of local youth and their identification with and sense of belonging to the Nation.

The Research Centre’s opening ceremony on 17 January was officiated by Mr Kevin Yeung Yun-hung, Secretary for Culture, Sports and Tourism, and Mr Zhang Guoyi, Deputy Director-General of the Department of Publicity, Cultural and Sports Affairs of the Liaison Office of the Central People’s Government. They also witnessed the signing of a memorandum of understanding (MoU) between the Research Centre and the Institute of Humanities of Tsinghua University.

“The establishment of the Research Centre by PolyU will facilitate the promotion of Chinese history and cultural education on campus as well as in Hong Kong, helping our young people to learn and understand our country’s history,” said Mr Yeung. “I am confident that both institutions will leverage their academic excellence and unleash a new chapter through this collaboration.” 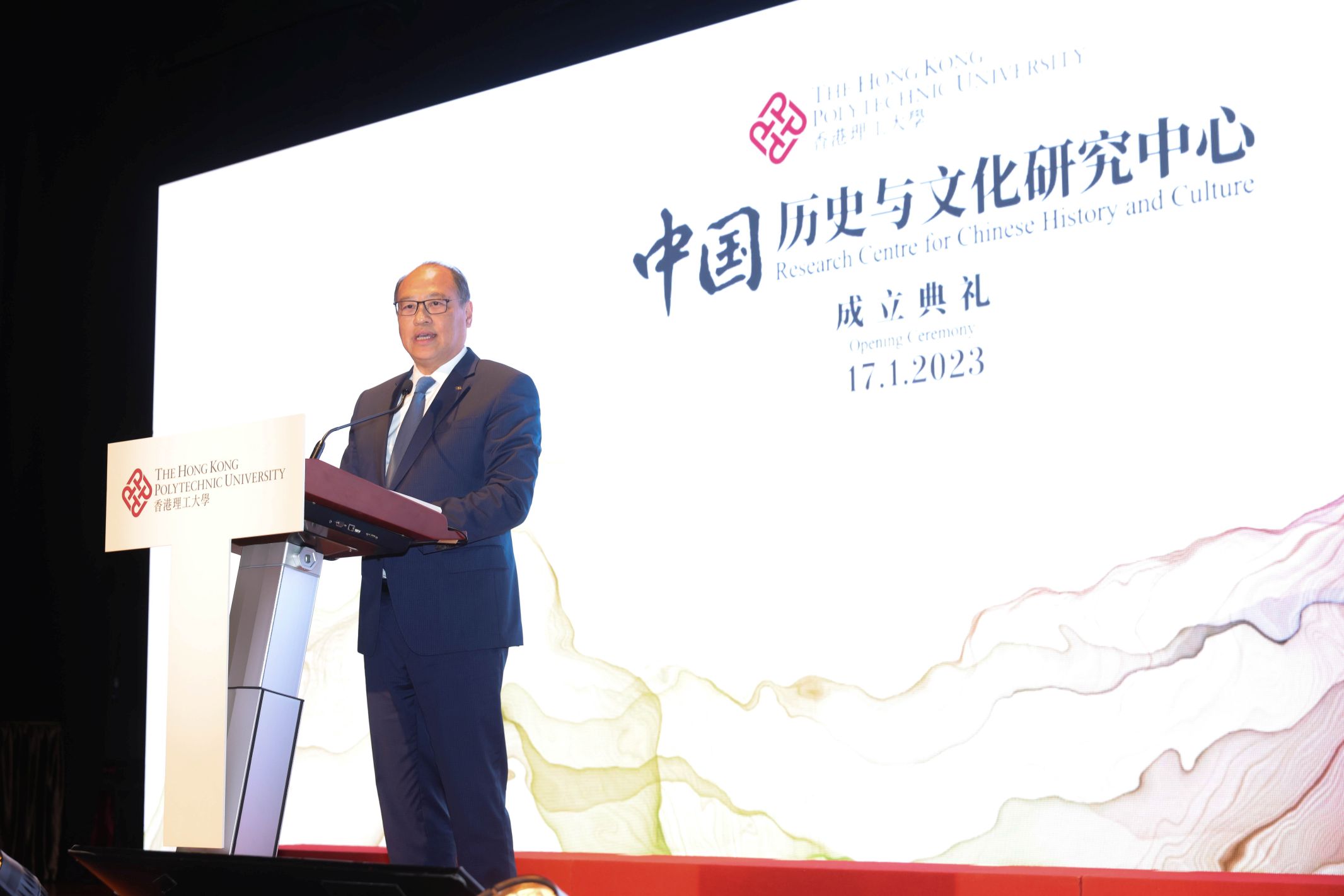 The research centre will focus on the study of the modern history of China and its social and cultural fabric, as well as the promotion of Chinese history and cultural education.

Speaking at the ceremony, Dr Lam Tai-fai, Council Chairman of PolyU, said the Research Centre in collaboration with Tsinghua University will strengthen academic exchange between Hong Kong and the mainland, provide training to teachers, and produce related teaching materials.

“PolyU is committed to nurturing a new generation of young people who love the Nation and Hong Kong, who are aspirational, have a global perspective and adopt positive values. We believe that one should learn and understand the Nation’s history and culture in order to love and contribute to the motherland,” Dr Lam said.

“The Research Centre aspires to become an influential academic institution in humanities, endeavours to support the Hong Kong SAR Government’s efforts in promoting Chinese culture and developing Hong Kong into an East-meets-West centre for international cultural exchange, and seeks to help young people in embracing and participating in the Nation’s development,” he said. 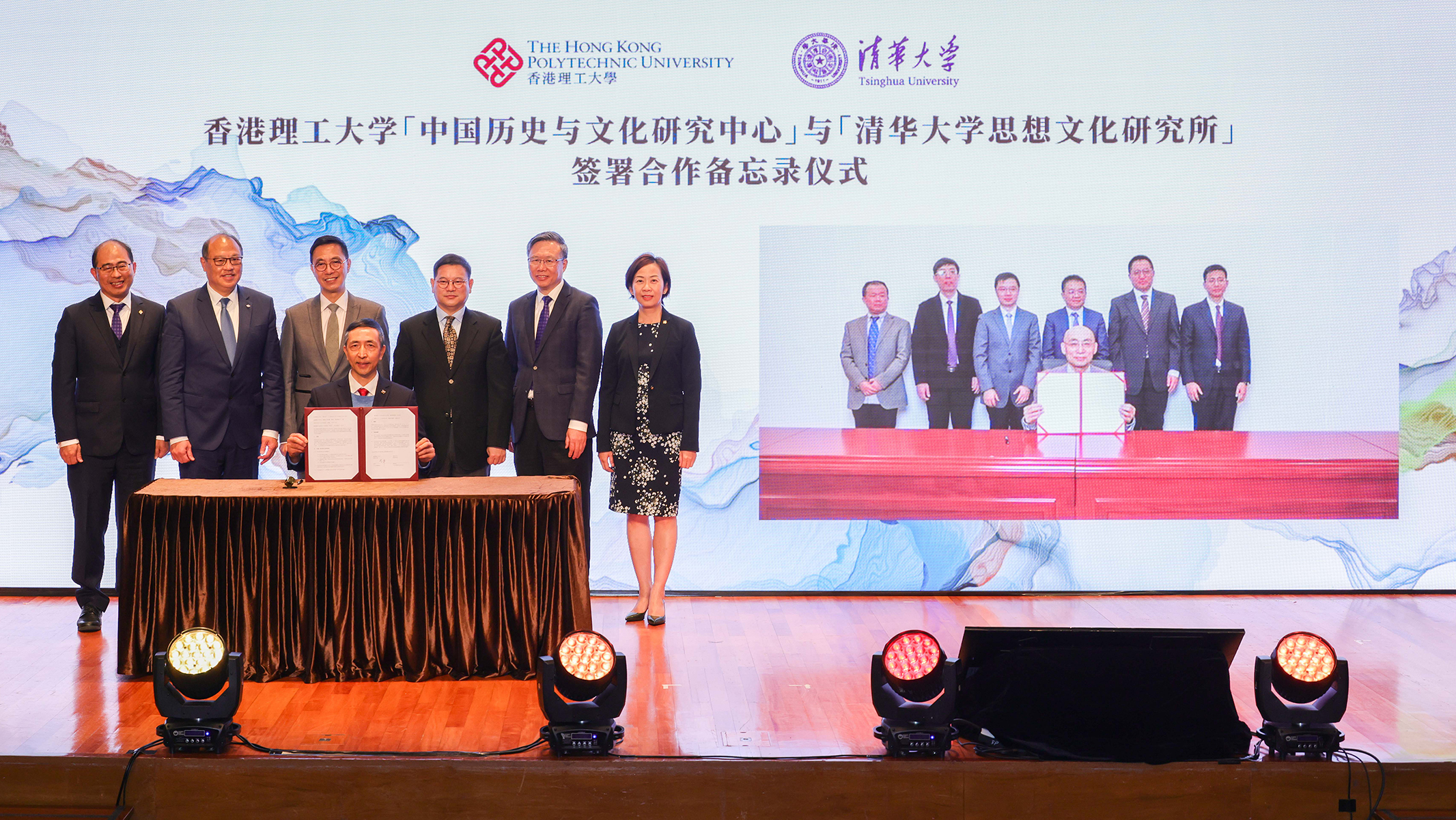 Prof. Peng Gang, Vice President of Tsinghua University, added that both institutions will initiate a wide range of collaborations, including conducting joint studies on traditional Chinese thought and culture and the modern history of China, fostering the education of Chinese history and culture, and co-organising diverse academic exchange activities, etc.

“The establishment of the Research Centre is significant not only to PolyU but also to Hong Kong,” Prof. Peng said.

PolyU is also honoured to have a distinguished panel of advisors for the Research Centre, composed of top historians and leading advocates of cultural development, including the Hon. Mr Kenneth Fok Kai-kong, Member of the Legislative Council; Dr Louis Ng, Museum Director of the Hong Kong Palace Museum; Dr Chan Man-hung, Honorary Curator of Jao Tsung-I Academy; Prof. Joseph Ting Sun-pao, Adjunct Professor of the Department of History at the Chinese University of Hong Kong; Prof. Cheng Pei-kai, former Director of the Chinese Civilisation Centre and Emeritus Professor at City University of Hong Kong; and Prof. Elizabeth Sinn, Honorary Professor of the Hong Kong Institute for the Humanities and Social Sciences at the University of Hong Kong. Together with the Advisory Committee Chairman Dr Lam Tai-fai, they will offer guidance and recommendation on the development of the Research Centre. 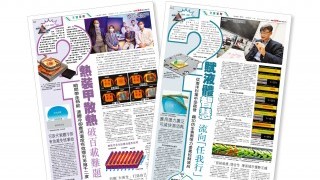 Featured in the interview series of Wen Wei Po, Prof. Wang Zuankai, Associate Vice President (Research and Innovation) and Chair Professor of Nature-Inspired Engineering of the Department of Mechanical Engineering, talked about how two of his... 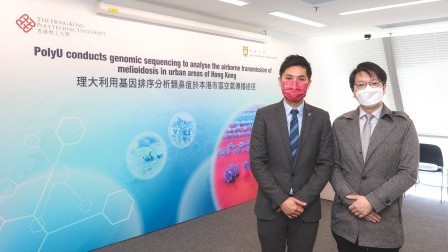 A total of 46 melioidosis infection cases were recorded in Hong Kong last year, among which 30 cases in Sham Shui Po were recorded between August and December. Teaming up with Dr Tommy Lam, Associate Professor from the School of Public Health of The... 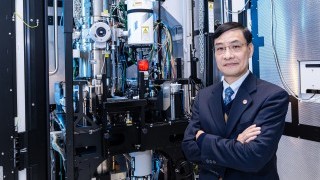 New research from a team led by Prof. Daniel Lau, Chair Professor of Nanomaterials and Head of the Department of Applied Physics at PolyU, has achieved a sought-after type of switchable electrical behaviour in nano-sized materials. Computer memory...