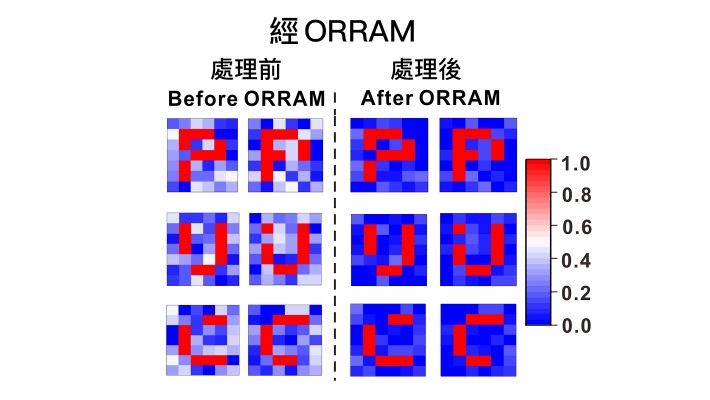 In everyday life, we are surrounded by technologies that utilise imaging systems, such as cameras and CCTVs. However, the complicated circuitry design entails large data storage space and high power consumption. Inspired by how the human retina works, a PolyU research team led by Dr Yang Chai of the Department of Applied Physics has developed an optoelectronic device that mimics the retina’s image sensing, memorisation, and pre-processing functions, with image recognition accuracy and efficiency exceeding existing artificial visual systems. The related research paper was recently published in the internationally prestigious journal Nature Nanotechnology.

When light enters the human eye through the cornea and lens and focuses on the retina, the sensory neurons in retina respond directly and perform the first stage image processing. Then, the preprocessed information enters the visual cortex of the brain through the optic nerve for more complicated signal processing.

Experimental finding indicated that the ORRAM arrays can mimic human retina in performing first-stage image processing functions, such as contrast enhancement and noise reduction. The team transferred these pre-processed images to artificial neural network to conduct tests on image training and recognition. Results revealed that in comparison with images without being pre-processed by ORRAM, the recognition efficiency (including processing speed and energy consumption) has largely improved by 41.5%.

The above findings have demonstrated the ORRAM device’s great potential in enhancing neuromorphic visual system by simplifying the circuitry and efficiently processing an overwhelming amount of dynamic visual information. By greatly reducing the amount of hardware and power consumption required, this innovation will provide new dimensions to the development of edge computing and Internet of Things. 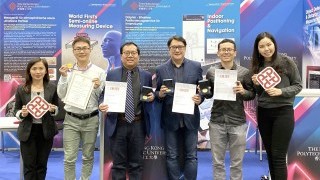 PolyU scientists won three Gold Medals and one Special Merit Award at the 71st International Trade Fair for Ideas, Inventions and New Products held in Nuremberg, Germany. More than 800 innovations from over 30 countries were showcased in the Fair.... 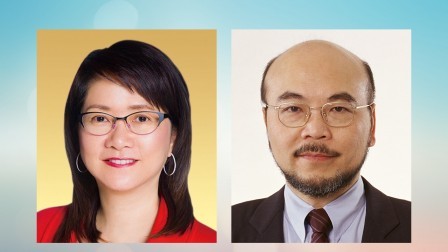 Dr Katherine Ngan Ng Yu-ying and Dr Victor Lo Chung-wing have been appointed as Chairman and Honorary Chairman of the University Court respectively, for a term of three years with effect from 1 January 2020.   Dr Katherine Ngan, Vice President of... 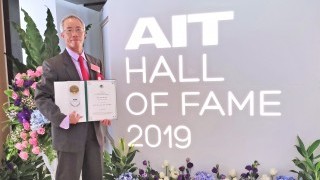 Prof. Chau Kam-tim, Chair Professor of Geotechnical Engineering at PolyU’s Department of Civil and Environmental Engineering, and a graduate of the Asian Institute of Technology (AIT), has been inducted into his alma mater’s Hall of Fame for his...