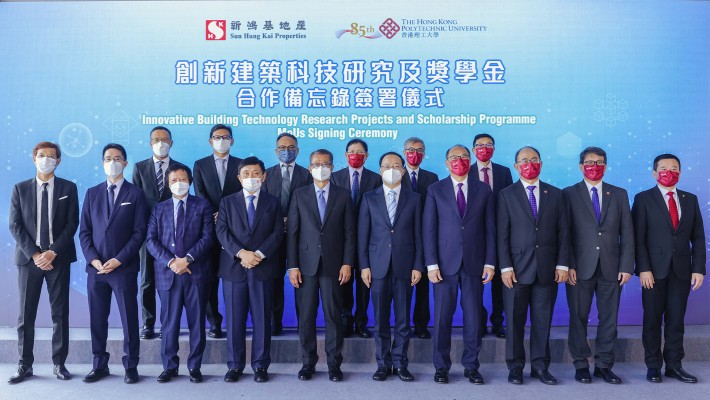 According to the Memorandums of Understanding (MoUs) signed this month, PolyU and SHKP will collaborate on three research projects, including developing a smart, efficient and flexible energy management system; improving carbon activation technology for green building materials; and exploring the application of blockchain technology for green construction processes.

The teams will also explore how to translate research into applications to help Hong Kong develop into a smart and carbon-neutral city.

PolyU and SHKP have partnered previously on technological research. Both sides joined hands in 2005 to optimise the energy-saving performance of the International Commerce Centre through the use of green and smart building technology, which proved to be a great success. 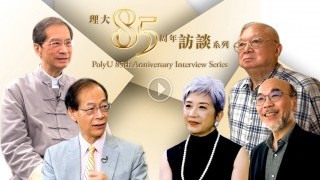 In celebration of the 85th Anniversary of PolyU, the University is honoured to present a series of video interviews with five former Council Chairmen and Presidents conducted by Dr Liza Wang Ming-chun. The interviewees share some of the stories behind the development of PolyU, and reflect on how PolyU has become a leading institution in translating research into applications, promoting sustainability and providing holistic and entrepreneurial education, as well as what makes PolyU a global top 100 university. 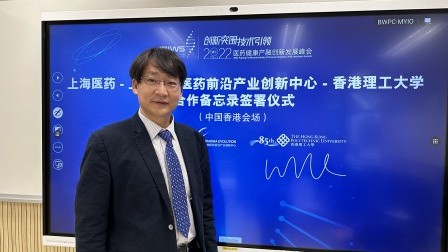 PolyU is exploring collaboration on biomedicine research projects in Shanghai and Hong Kong with Shanghai Pharmaceutical (SPH) and its subsidiary Biopharma Evolution, aiming to pool the three institutions’ expertise to contribute to the Nation’s... 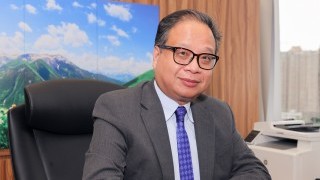