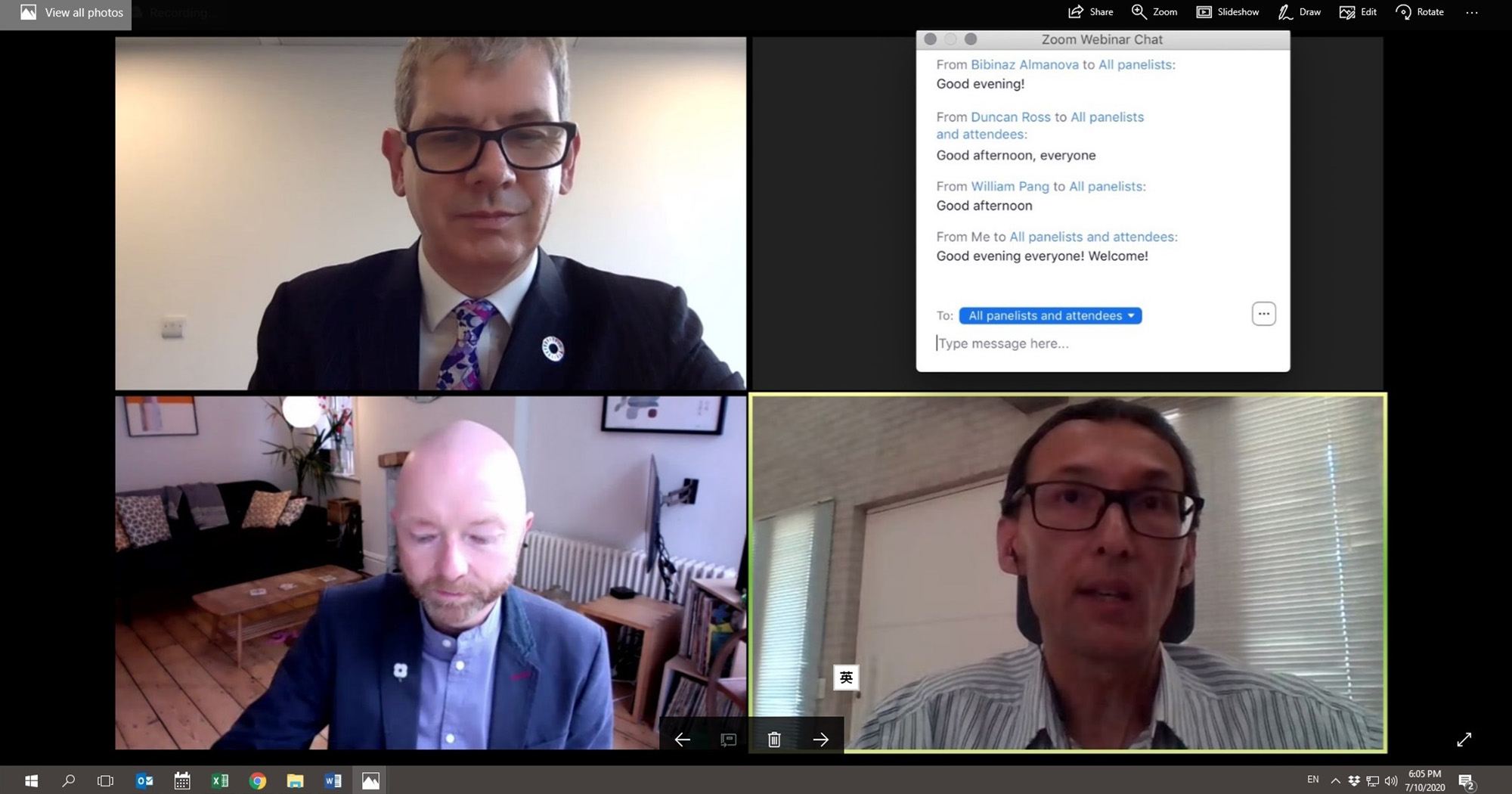 On 6 October 2020 (2:00pm BTS), the University Social Responsibility Network (USRN) organised a webinar on the Times Higher Education (THE) Impact Rankings for its member institutions. Mr Duncan Ross, Chief Data Officer of Times Higher Education (top left), and Dr Julian Skyrme, Director of Social Responsibility of The University of Manchester (bottom left), were invited as speakers. The Webinar was moderated by Prof. Valmor Tricoli, President of the International Affairs Office and Provost for International Cooperation of University of São Paulo (bottom right). 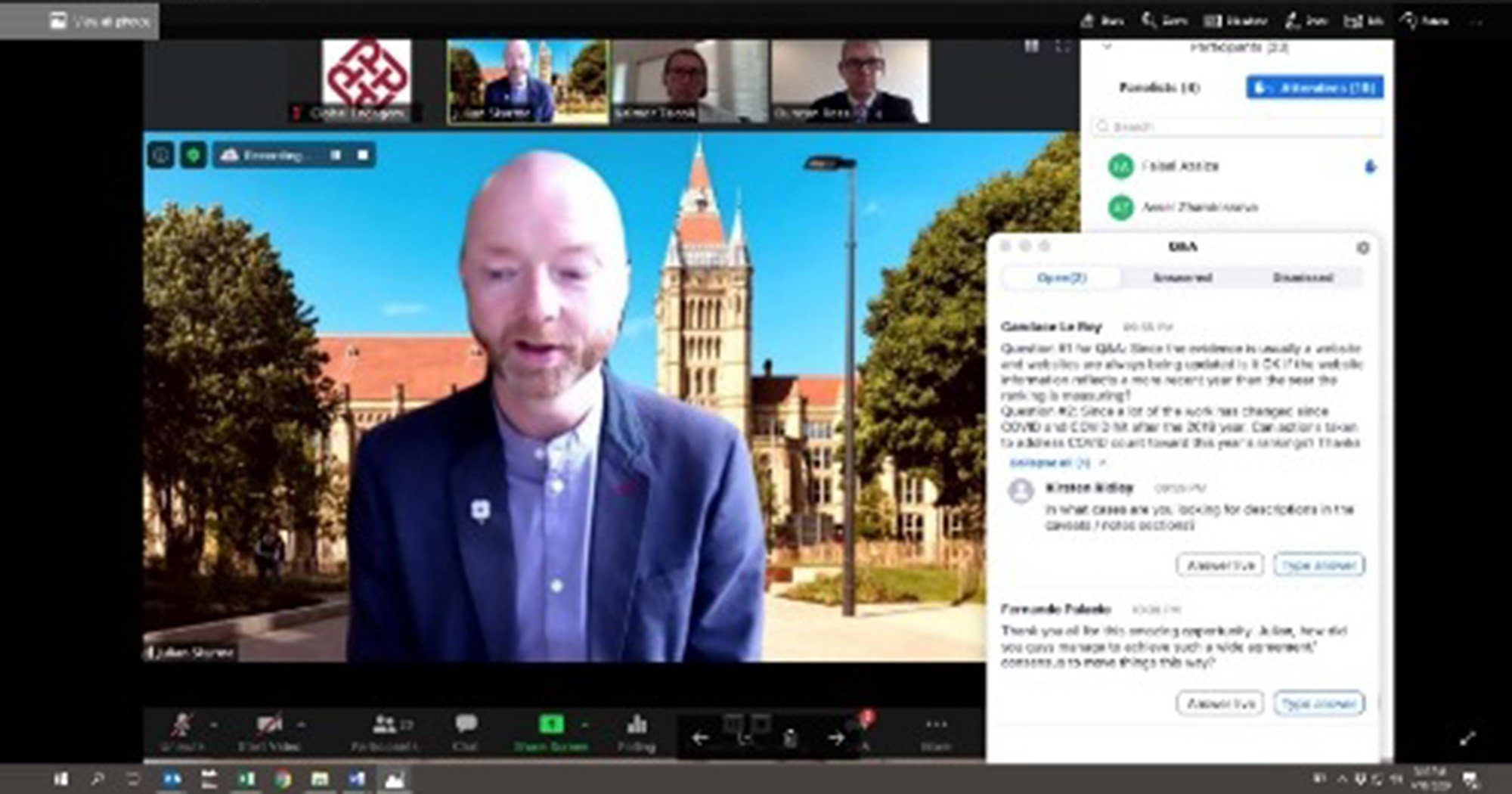 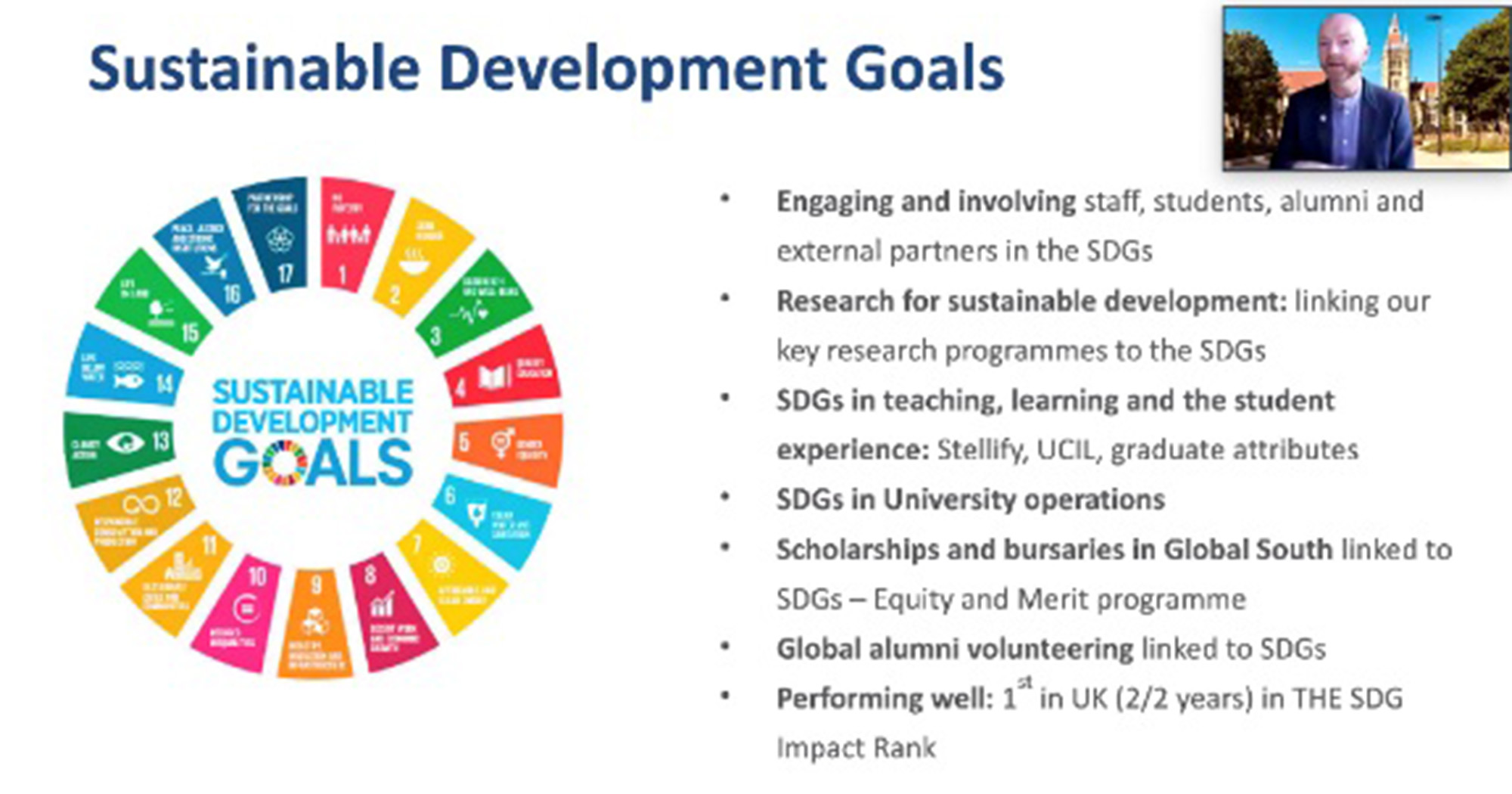 In 2019, Times Higher Education launched the inaugural University Impact Rankings, a pioneering initiative to provide a showcase for the work being delivered by universities in our communities. The rankings measure how universities worldwide are performing against the United Nations' Sustainable Development Goals (SDGs). They allow THE to demonstrate the differences a university is making to the world in which we live. 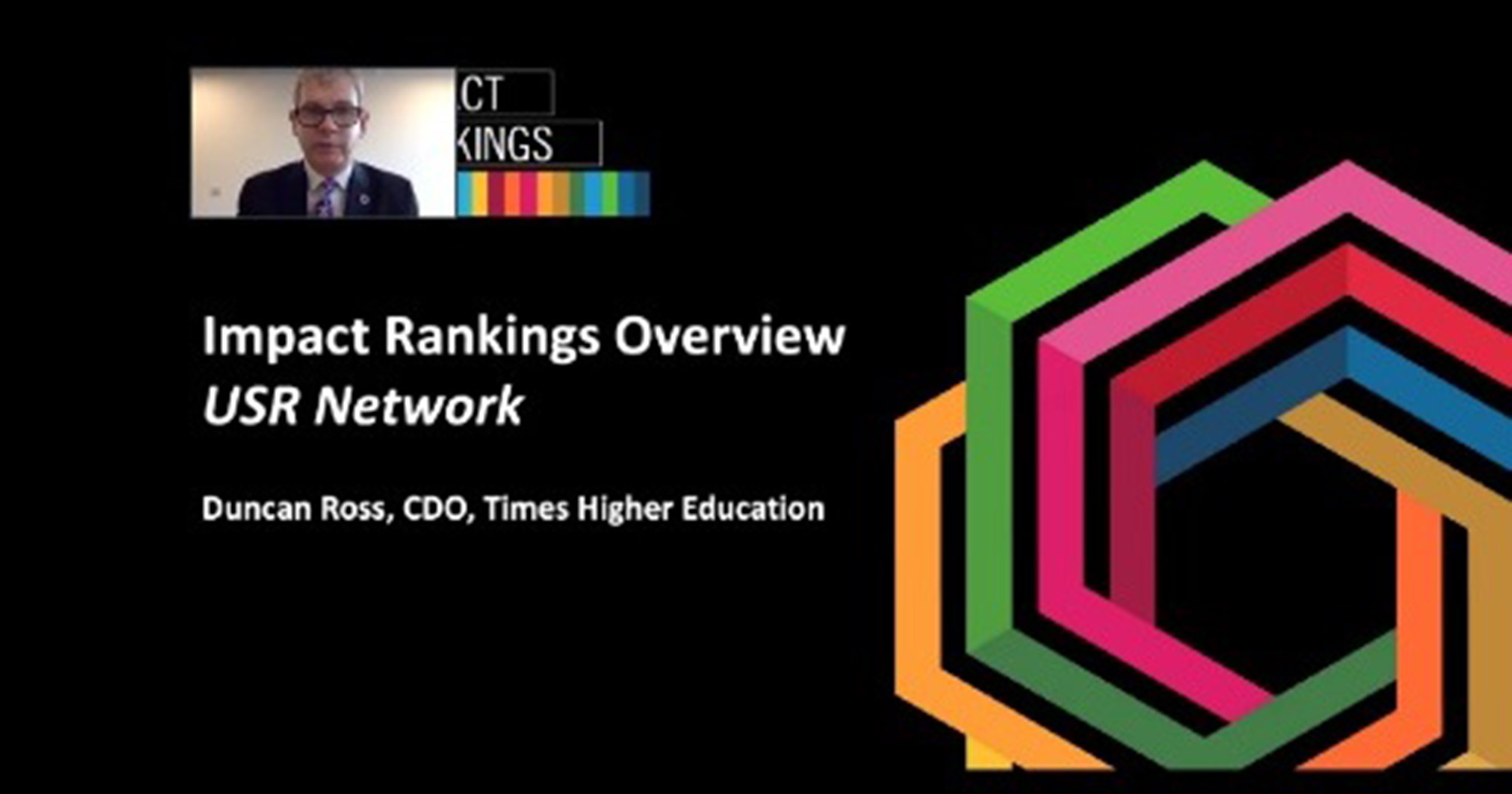 The keynote speaker, Mr Duncan Ross, is the Chief Data Officer at Times Higher Education. As well as developing university and college rankings, he is responsible for the analysis and interpretation of higher education data.

More about the USRN Webinar on THE Impact Rankings:

Using the United Nations’ SDGs as a framework, Times Higher Education (THE) developed this new set of social impact rankings for higher education to measure the real impact that universities are making on their students and wider communities, by taking global issues and incorporating them into their governance. As a founding member of the USRN, PolyU sees the significant role of the Impact Rankings in recognizing universities’ social responsibility performance, and has therefore taken the lead in organising a Webinar with THE, with the aim of promoting the Rankings and their methodology to USRN member institutions and in order to advocate university social responsibility in a broad range of higher education institutions.

During the Webinar, a consultative briefing was given by Mr Duncan Ross, the Chief Data Officer at THE, to explore the purpose, methodology and data of the Impact Rankings. Followed by a presentation from Dr Julian Skyrme, who shared a case account of University of Manchester’s work and its participation in this THE initiative. The University of Manchester, a USRN member, has been ranked as the top higher education institution in the UK in the 2020 Impact Rankings. Attendees at the Webinar were also able to discuss the future development of the Rankings and provide recommendations to THE on improving the ranking methodology.

The USRN is impressed with the effort THE has made to incorporate social impact into rankings. It is hoped that with these new rankings that directly examine how higher education works in the society positive behavior changes will be induced in higher education to make the world a more inclusive, peaceful and sustainable place.