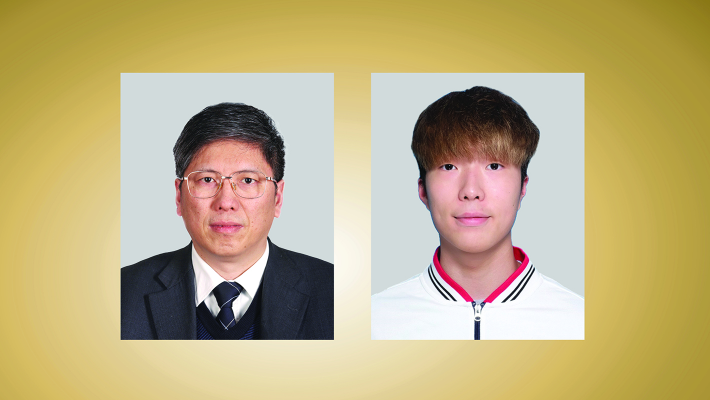 PolyU is pleased to announce that it will confer honorary doctorates upon two distinguished individuals in recognition of their outstanding achievements. The two recipients this year are (in alphabetical order of surname): Mr Cheung Ka-long and Professor Yang Mengfei.

Cheung Ka-long is a renowned Hong Kong foil fencer who represented the Hong Kong fencing team at the Tokyo 2020 Olympic Games. He won an Olympic gold medal in Men’s Foil Fencing (Individual) for Hong Kong, making him the city’s first Olympic champion after the handover of Hong Kong to China. He has demonstrated his tremendous commitment to fencing with his unparalleled spirit and determination, making him an excellent role model for young people. His remarkable achievements have also helped elevate the status of Hong Kong athletes in the international sports arena.

Professor Yang Mengfei is an accomplished expert in space technology and is currently an investigator at the China Academy of Space Technology. He is one of the crucial contributors to the Nation’s lunar exploration project, manned spaceflight, and satellite development. Professor Yang has also supported PolyU’s aerospace research - he worked closely with PolyU’s research team during the Chang’e 5 project, and is currently collaborating with the University on Chang’e 6.

Dr Lam Tai-fai, Chairman of Council, PolyU, expressed his heartfelt congratulations to the two Honorary Doctors and said, “Professor Yang’s achievements in the field of aerospace are remarkable and highly admired, and we look forward to enhancing our future collaboration so as to make significant contributions to our Nation.” He furthermore remarked, “Cheung Ka-long’s accomplishments in fencing have not only brought glory to Hong Kong, but also raised the interest of the general public in sports and helped generate immense positive energy all around the community.”

PolyU’s President, Professor Jin-Guang Teng, added, “Both Cheung Ka-long and Professor Yang possess an indomitable spirit. They are courageous in setting big goals and seeking breakthroughs. In the pursuit of excellence, they have demonstrated outstanding qualities of perseverance and persistence, setting a fine example for the younger generation.” 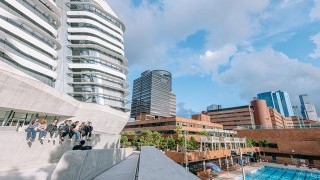 In the latest 2022 Best Global Universities Rankings released by US News on 26 October, PolyU jumped from 170th last year to 124th among the top institutions around the world. According to the rankings, the University is also the fourth best... 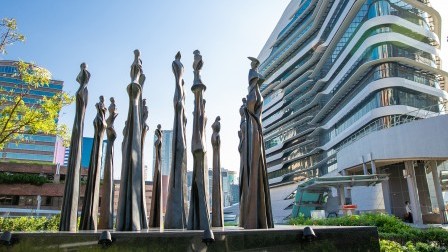 PolyU is honoured to be the home of the new sculpture collection “Vision – In Unison”, a set of eighteen “Lady” sculptures created by renowned sculptor and University Fellow Professor Norman W. M. Ko. To officially commemorate the... 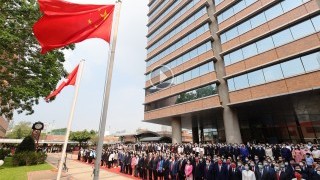 On 1 October 2021, the national flag, the flag of the HKSAR and the flag of PolyU were raised at PolyU’s campus to celebrate the 72nd anniversary of the founding of the People's Republic of China, in the presence of the University’s Council and Court members, senior management, staff, alumni and students. We are delighted to share this solemn moment in a video.