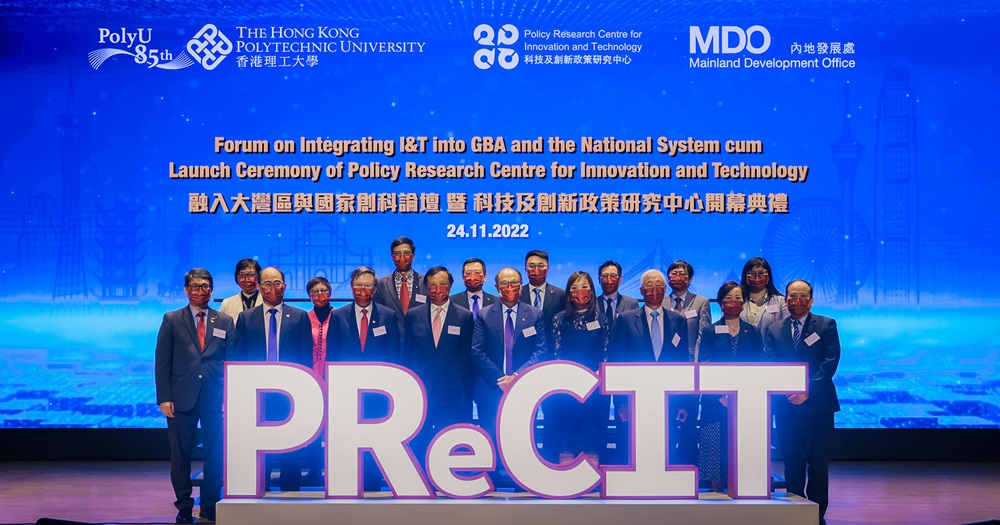 PolyU President Prof. Jin-Guang Teng delivered the welcoming speech and said the establishment of PReCIT is just another timely step taken by the University to respond to key national strategies that unleash unlimited opportunities for Hong Kong’s future development. Prof. Christopher Chao said introduced PReCIT’s background and major research foci at the launch ceremony, with a view to dovetailing with the National 14th Five Year Plan in supporting Hong Kong to develop into an international I&T hub. 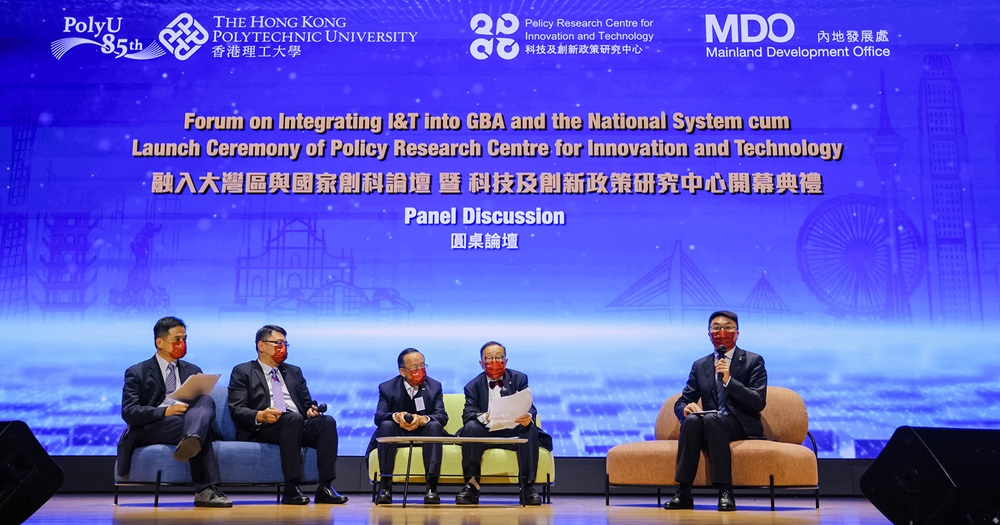 Prof. Sun Dong remarked, “I wish to congratulate PolyU on the establishment of the new Policy Research Centre for Innovation and Technology. I trust that the Centre will play an important role in facilitating interdisciplinary collaboration for more impactful research, in particular in the I&T field. I am sure that today’s discussions will be inspiring and fruitful, leading to more bright ideas and innovation.”

Prof. Jin-Guang Teng said, “For more than eight decades, PolyU and its predecessors have played an important role in answering the call of the times and contributing to the advancement of Hong Kong, the Nation and the world. The establishment of PReCIT is just another timely step taken by the University to respond to key national strategies that unleash unlimited opportunities for Hong Kong’s future development.”

PReCIT is a University-level interdisciplinary policy research centre with the aspiration to be the leading I&T thinktank in Hong Kong and the region. At the launch ceremony, Prof. Christopher Chao introduced PReCIT’s background and three major research foci – carbon neutral cities, the Greater Bay Area I&T development, and the Belt and Road Initiative development in Southeast Asia, with a view to dovetailing with the National 14th Five Year Plan in supporting Hong Kong to develop into an international I&T hub.

He explained, “The respective strengths of Hong Kong and the mainland should complement each other in deliberation on cross‑boundary integration proposals which aim to foster R&D commercialization in order to unleash the potentials of the GBA and Belt and Road economies as well as the opportunity associated with re‑industrialization. Achieving that goal requires a cross‑boundary policy on I&T cooperation including with regard to the flows of I&T material, capital, data and people between Hong Kong and mainland provinces. PReCIT, as the advocacy body of PolyU, endeavours to formulate strategies that support Hong Kong’s participation in the national pioneering technology missions.”

Mr Charles LI presented the keynote speech on how GBA’s strengths in innovation and wealth of talents, coupled with Hong Kong’s global connectivity, help channel global funds to micro and small businesses in mainland China, and provide a new alternative to impact investment, citing Micro Connect as an example.

Prof. C.C. CHAN, Co-Founder of the Greater Bay Area Association of Academicians; Dr Otto POON, President of the Hong Kong Academy of Engineering Sciences; Dr Sunny CHAI, Chairman of the Federation of Hong Kong Industries; and Dr Stephen WONG, Senior Vice President and Executive Director of the Public Policy Institute, Our Hong Kong Foundation, were invited to share their insights, ahead of the announcement of the Hong Kong I&T Development Blueprint, in the panel discussion session moderated by Prof. Haitian LU, PolyU’s Director of Mainland Development and Core Member of PReCIT.

Prof. C.C. Chan shared his experiences on cooperating with the innovation and technology sector in the mainland. He reiterated that it is important for the HKSAR government to work together with stakeholders, especially experts and the capital market, to advance I&T development.

Dr Otto Poon called on the government to set a R&D policy direction that supports the Nation’s development. He also suggested Hong Kong and other cities in the GBA together establish an intellectual property exchange platform for university researchers to present their research outcomes and attract further funding.

Dr Sunny Chai explained how Hong Kong serves as an industrial and I&T headquarters in connecting the GBA and ASEAN for research commercialisation and empowering advanced manufacturing, capitalising on the City’s strengths in the industry chain and as a financial centre.

Dr Stephen Wong emphasized that collaboration and integration with other GBA cities across the value chain are critical in unleashing the potential highlighted by the Policy Address measures on attracting enterprises and talents. Therefore, joint cross-border policy initiatives are important to overcome barriers to deepening market access and facilitating movements of factors of production.

Prof. Eric Chui concluded that concerted effort from all sectors of the community is essential to provide a sustainable and supportive environment for high-calibre and potential I&T talents to be persuaded to stay in Hong Kong. 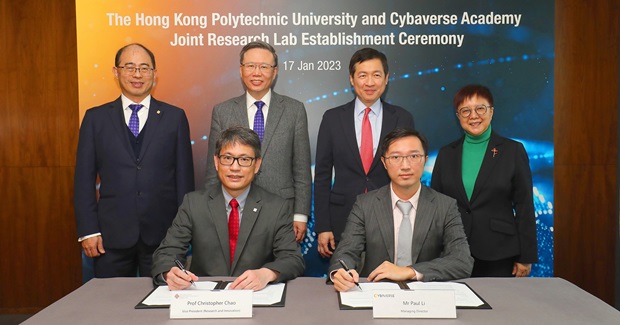 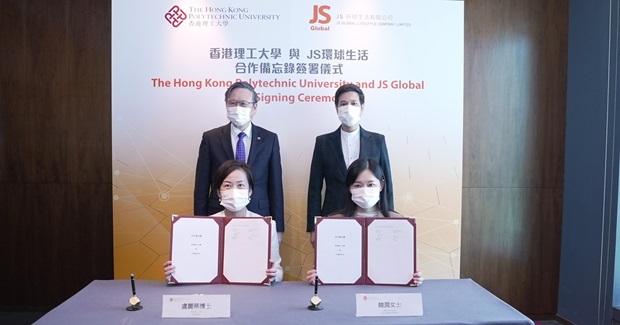 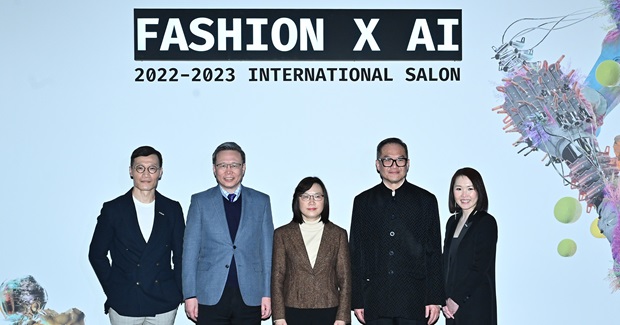 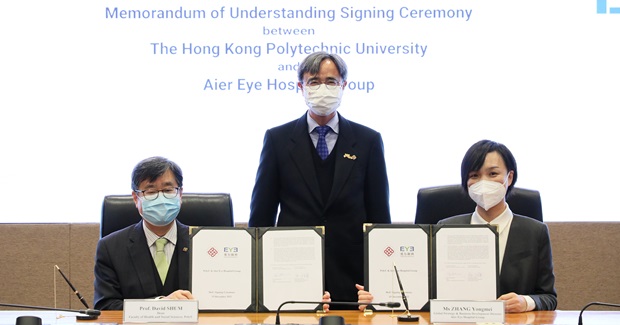