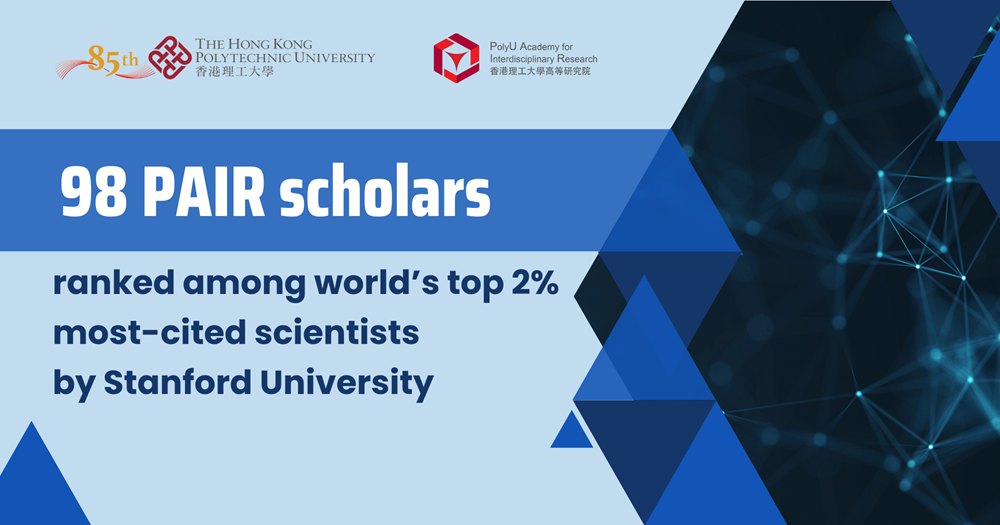 Ninety-eight scholars in 16 PAIR constituent research units are ranked among the world’s top 2% most-cited scientists in the newly released metrics compiled by Stanford University, under the subject fields of Materials (11), Building and Construction (10), Energy (10), Civil Engineering (9), Nanoscience & Nanotechnology (8), Artificial Intelligence & Image Processing (7), Optoelectronics and Photonics (6), Environmental Sciences (4), Networking & Telecommunications (4) and Geological & Geomatics Engineering (4). Three scientists in PAIR are among the top 20 scholars in the world in their own areas of specialty.

The scholars were named in the latest release of the Stanford University-led compilation of citation indicators covering over 100,000 top scientists. The database grouped scientists into 22 subject fields and 176 sub-fields and has taken into consideration indicators of their research publications, including information on citations, individual’s scientific research output, co-authorship and a composite indicator for career-long citation impact up to the end of 2021.

The latest Stanford rankings reflect the influential research of PAIR researchers and PolyU’s determination to cement its place as a world-class university with leading research in multiple disciplines for the benefit of the world.