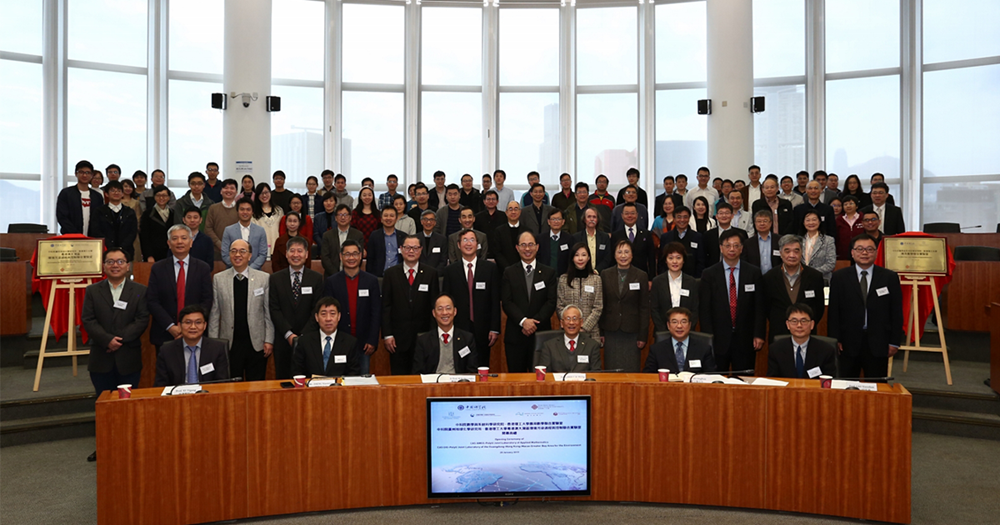 Guests attending the opening ceremony of the two joint laboratories set up by PolyU and the Chinese Academy of Sciences (CAS). 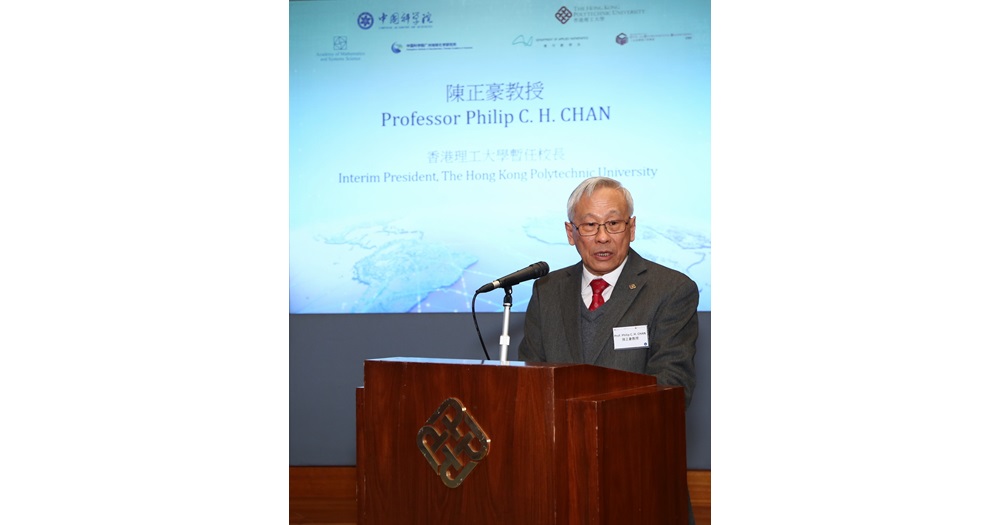 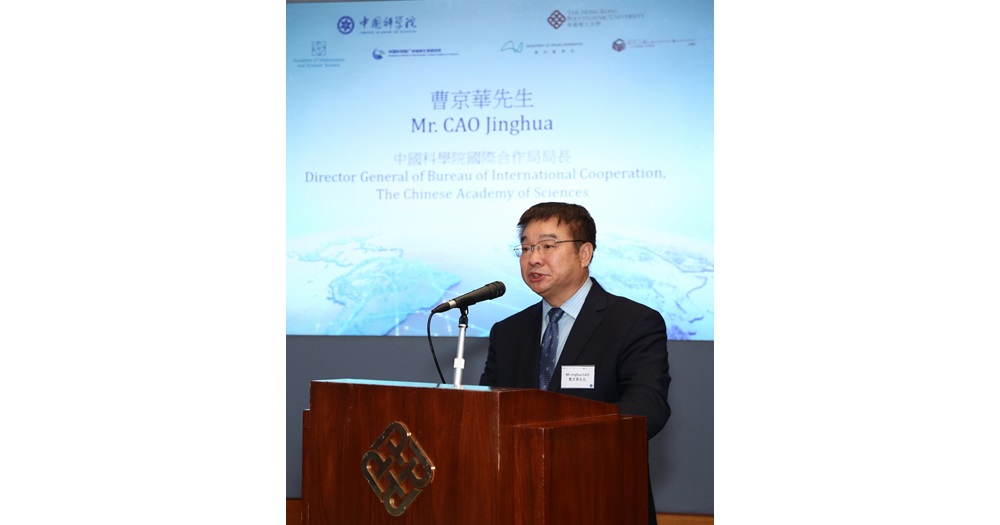 The Hong Kong Polytechnic University (PolyU) and the two research institutes of the Chinese Academy of Sciences (CAS), namely Academy of Mathematics and Systems Science (AMSS) and Guangzhou Institute of Geochemistry (GIG), today staged an inauguration ceremony of two joint laboratories on PolyU campus, marking the official launch of their collaborations. The two new laboratories are:

Complementing the strengths of PolyU and the CAS research institutes, the two joint laboratories will collaborate to extend research frontiers, advance knowledge transfer and applications as well as cultivate talents in the fields of applied mathematics and environmental protection for contributing towards the development of the Greater Bay Area and the society.

In November last year, the Hong Kong SAR Government announced the setting up of the Joint Laboratory Funding Scheme by the University Grants Committee to provide research subsidy to the joint laboratories approved by the CAS. Among the 22 joint laboratories, three are located in PolyU, including the Joint Laboratory for Aerosol and Environment set up by PolyU and the CAS Institute of Earth Environment in 2013, and the two laboratories officially launched today.

Addressing the opening ceremony, Professor Philip C. H. Chan, Interim President of PolyU said, “Over the years, PolyU and the CAS have built solid foundation in research collaboration. The establishment of another two joint laboratories signifies CAS’ recognition of our research excellence in applied mathematics and environmental science. We will leverage each other’s expertise to beef up research studies that align with the nation’s development. Through the on-going collaborations with the CAS, we hope we could make valuable contributions to Hong Kong and the nation.”

Mr Cao Jing-hua, Director General of CAS Bureau of International Cooperation, said the Central Government had made it definite to support Hong Kong for developing into an International Innovation and Technology Hub, and CAS for establishing an affiliated institution in Hong Kong. “CAS and PolyU are close partners. The joint laboratories are important platforms for enhancing technological collaborations between the Mainland and Hong Kong. PolyU and CAS had set up the Joint Laboratory for Aerosol and Environment, which has made considerable achievements in that aspect. We hope that the newly established joint laboratories will showcase the synergies of CAS and PolyU and will deepen our collaboration in the studies of Fundamental and Applied Mathematics as well as Environmental Science and Management, which are subjects of common concerns. We hope that our collaboration will be beneficial to the advancement of Greater Bay Area (GBA) development and will support the strategic deployment of the Central Government in making Hong Kong as the International Innovation and Technology Hub. We also hope that it will bring the complementary strengths of the Mainland and Hong Kong into full play and ultimately contribute to the economic development and betterment of people’s livelihood of the two places.”

The CAS Academy of Mathematics and Systems Science (AMSS) and PolyU have complementary strengths in the areas of optimisation calculation, computational mathematics, and biological sciences. The State Key Laboratory in Science and Engineering Computing of AMSS is the only national level laboratory in the field. While PolyU’s University Research Facility in Big Data Analytics aggregates big data on smart cities, financial technology and healthcare, which are valuable resources for data analysis modeling and testing of algorithm. The collaboration between AMSS and PolyU, through leveraging each other’s competences and sharing research resources, can thus comprehensively cover the many directions of research in applied mathematics.

The CAS Guangzhou Institute of Geochemistry (GIG) and PolyU have respective strengths in environmental sciences and engineering. Both institutes are located in GBA and thus can enjoy the geographical advantage of GBA where the nation is determined to develop. To manage the emerging environmental issues in GBA, especially in pollution and ecological issues, GIG and PolyU can jointly develop scientific researches and technological solutions, ranging from monitoring, prevention to remediation, to enhance the health and environmental quality in GBA.

The focus areas of research of the CAS GIG-PolyU Joint Laboratory of the Guangdong-Hong Kong-Macao Greater Bay Area for the Environment will include air quality improvement, environment and health for city clusters, urban land integrated remediation measures for different types of pollution, municipal solid waste and sewage treatment in new rural areas, ecological management in estuary and coastal areas, etc.