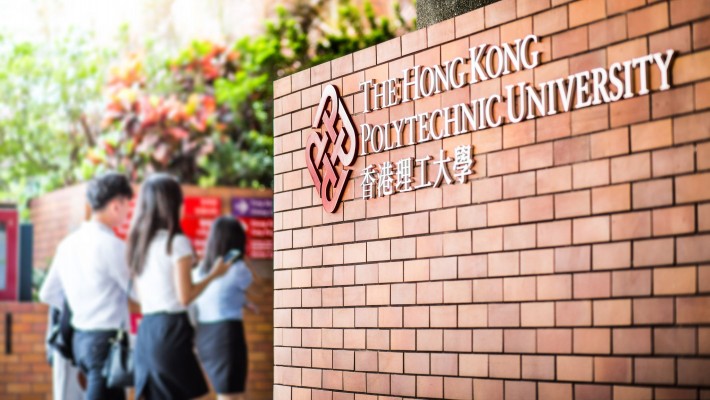 The world-class research produced by PolyU scholars across a wide range of disciplines has been recognised in different global rankings. According to metrics compiled by Stanford University, more than 200 PolyU scholars have been ranked among the world’s top 2% most-cited scientists. Among them, PolyU has five and seven scientists who are ranked among the top 10 and top 20 scholars in the world respectively in their own areas of specialty, the highest number among universities in Hong Kong.

Overall, PolyU has the second highest number of scientists included in the list among Hong Kong universities. While PolyU has the most top 2% scientists in Hong Kong and globally in the fields of building and construction (13) and civil engineering (16), it also has the largest number of top 2% scholars in four other fields in Hong Kong, namely energy (16), environmental sciences (5), materials (21), and optoelectronics and photonics (9).

The scholars were named in the latest “Updated science-wide author databases of standardised citation indicators” of over 100,000 top scientists compiled by a research team led by Professor John Ioannidis of Stanford University. They were grouped into 22 subject fields and 176 sub-fields using the indicators, which included information on citations, an individual’s scientific research output, co-authorship and a composite indicator for career-long citation impact up to the end of 2021. 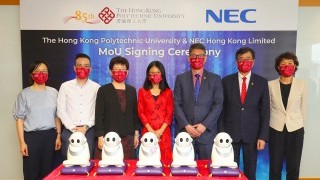 In view of a growing ageing population in Hong Kong, PolyU recently signed a Memorandum of Understanding (MoU) with NEC Hong Kong (NECHK) to provide intelligent interactive social robots for older adults and their caregivers. Under this initiative, a... 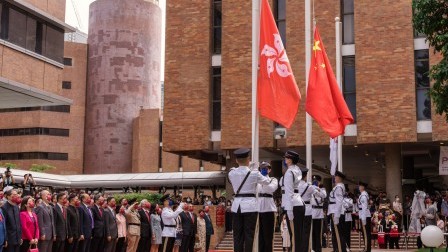 PolyU holds flag-raising ceremony with over 1,000 participants in attendance

On 1 October 2022, a flag-raising ceremony in celebration of the 73rd anniversary of the founding of the People’s Republic of China was held at the PolyU campus. Over 1,000 distinguished guests, staff, alumni and students participated in this... 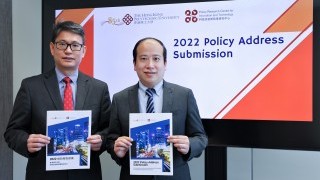