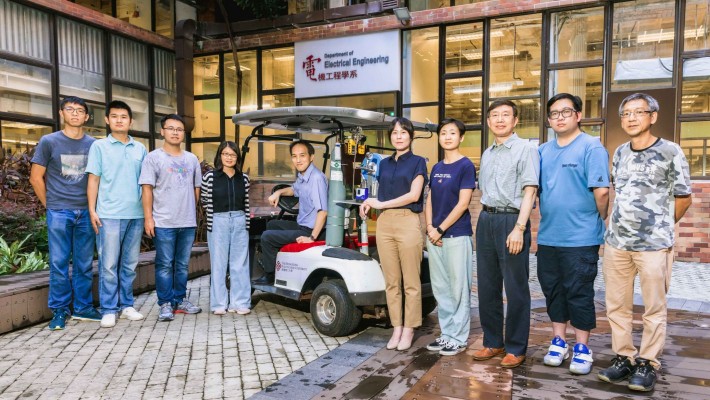 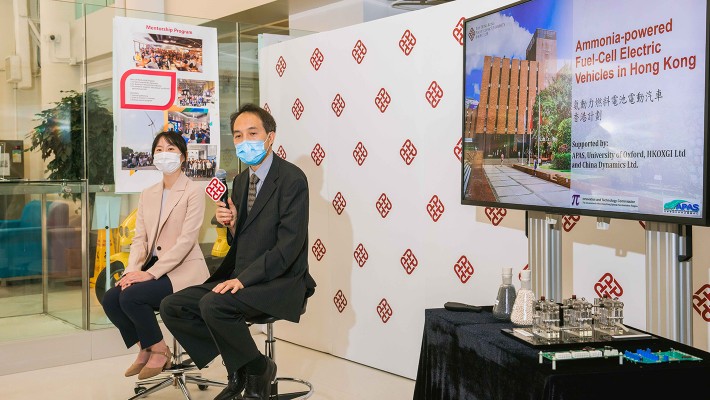 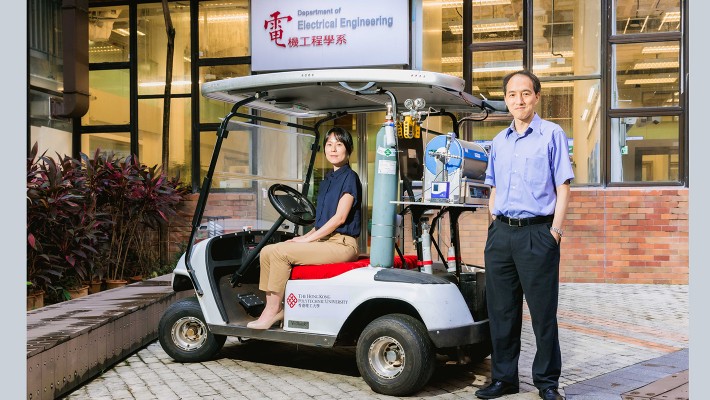 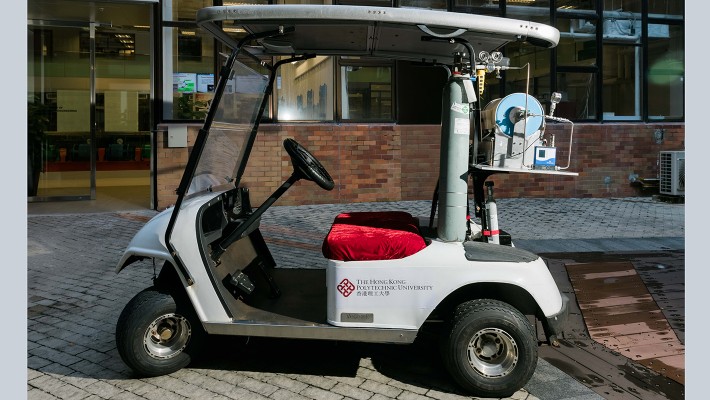 According to the International Energy Agency (IEA), the number of Electric Vehicles (EVs) registered across the globe expanded massively in 2020 and the trend is expected to continue over the next decade.

As humanity looks at ways to foster a more environmentally sustainable future, carbon emissions by vehicles is one of the many issues that will have to be tackled. Many automakers are stepping up their efforts in developing fuel cell technology, to produce the next generation of high-performance EVs that have zero emissions, without a hefty price tag.

An interdisciplinary team led by PolyU’s Professor Eric Cheng Ka-wai, Department of Electrical Engineering, recently invented the world’s first ammonia-powered fuel cell for vehicles. Backed by the Innovation and Technology Fund and supported by the University of Oxford, as well as many industry partners, the team managed to develop an ammonia-powered fuel cell system, suitable for installing in a golf cart, in just three months.

According to Professor Cheng, the ammonia inside the fuel cell is transformed into hydrogen to generate power, and eventually only nitrogen and water are emitted, hence achieving zero emissions. This newly invented fuel cell is also safer and less bulky, and with a much lower cost to produce electric power for vehicles, compared with other existing sources of energy. Professor Cheng estimated that with 22.7kg of liquid ammonia, a minibus can run for about 110km at a speed of 60km/h.

Looking ahead, the team has already kick-started a research project in using ammonia-powered fuel cells in public vehicles, such as an 18-seater minibus. The project is expected to be completed by October 2022. 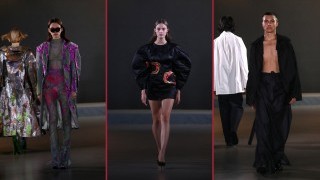 The Institute of Textiles and Clothing (ITC) of The Hong Kong Polytechnic University (PolyU) presented its MA Graduation Fashion Show in early August. A total of 144 fashion pieces from 24 collections were on display.   “Vessels” was adopted as... 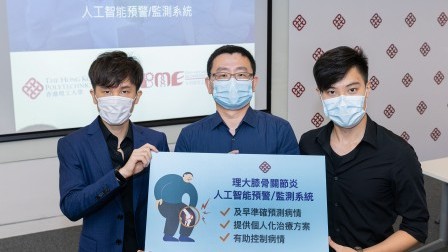 Knee Osteoarthritis (KOA) is a chronic degenerative disease with no cure. Early detection is critical for early intervention to prevent disease progression and to reduce the need for salvage joint replacement surgery.   A team led by PolyU’s Dr... 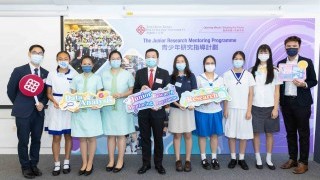