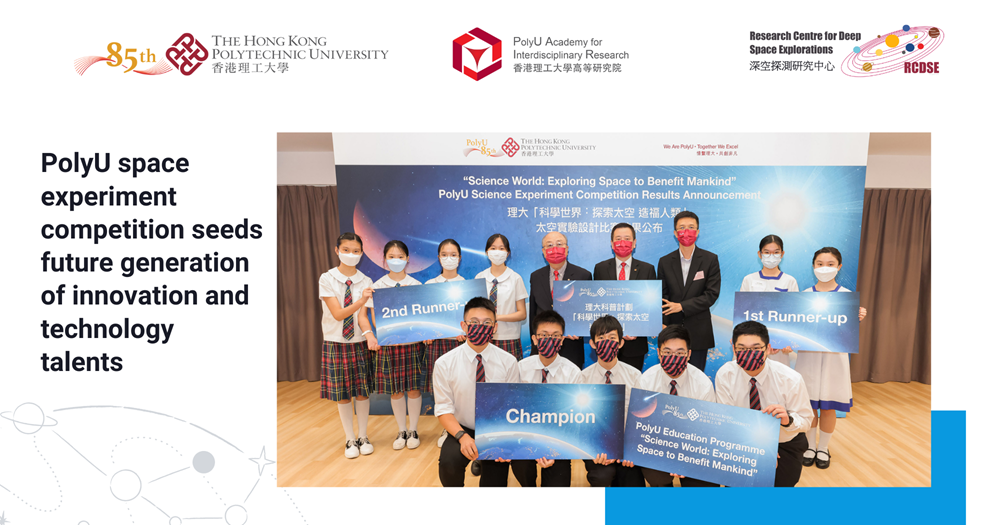 The winning proposal by DBS students aims to study how lizards adapt to the microgravity environment and cosmic radiation in by comparing the volume and density of the lizards’ cells on Earth and in space. The proposed project can potentially help probe into the factors that affect cell metabolism. Prof. Yung Kai-leung, Director of Research Centre for Deep Space Explorations (#RCDSE), Chairman of the judging panel, encouraged the students to improve their proposals to meet the stringent requirements on the space station. He also encouraged PolyU students to visit the Mainland and expand their horizons, understanding the R&D potential and opportunities in our nation.