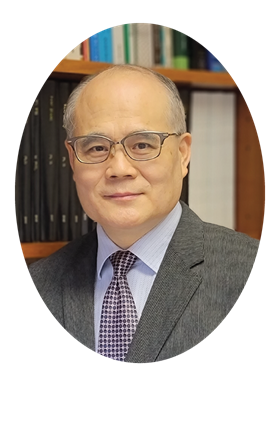 Prof. Cheng Li is currently Chair Professor of Mechanical Engineering at the Hong Kong Polytechnic University (PolyU). He received a BSc degree in 1984 from Xi’an Jiaotong University, China and a PhD degree in 1989 from the Institut National des Sciences Appliquées de Lyon (INSA-Lyon), France. After working as a Post-doc Fellow and then as a Research Fellow at the University of Sherbrooke, he became a faculty member at Laval University, Canada in 1992, rising up to the rank of Full Professor before joining PolyU in 2000 as Professor. He was the founding Director of the Research Centre of Noise Control and Abatement established in 2002. The Centre was renamed Consortium for Sound and Vibration Control in 2007 and Prof. Cheng holds its directorship ever since. Prof. Cheng was promoted to the rank of Chair Professor in 2005 and served as the Head of the Department of Mechanical Engineering from 2011 to 2014. He is the current Associate Dean (Research) of the Faculty of Engineering of the PolyU.

Prof. Cheng’s research interest covers sound and vibration, structural health monitoring, smart structures, acoustic/elastic/mechanical metamaterials and fluid-structure interaction. As of May 2022, he has produced more than 580 journal and conference papers. His publications appeared in the flagship journals in his research area (JSV, JASA, SHM, MSSP etc.) as well as in other top-notch journals such as Nature Materials, National Science Review, JMPS, Acta Materialia, Physics of Fluids, Combustion & Flame etc. He has been a Plenary/Keynote Speaker for 45+ times at conferences in the USA, UK, France, Japan, Greece, India, South Korea, Tunisia, Poland, Bangladesh and China, including the top three most prestigious ones in Acoustics and Vibration (24thICA, 47th Inter-noise and 23rd ICSV) plus many others such as 13th RASD, 47th ASME-QNDE, 15th and 19th APVC and 12th ICOVP etc. His research has also had a direct impact on solving engineering problems through close collaboration with the industry.

Prof. Cheng was elected into the Canadian Academy of Engineering in 2021. He is also a Distinguished Fellow of the International Institute of Acoustics and Vibration (IIAV) and a Fellow of other 5 learned societies (Acoustical Society of America, Acoustical Society of China, IMechE UK, Hong Kong Institution of Engineers and Hong Kong Institute of Acoustics). He was the President of the Hong Kong Society of Theoretical and Applied Mechanics. Prof. Cheng is now a Board Director of the IIAV and the Vice-President Asia Pacific of the I-INCE (International Institutes of Noise Control Engineering). He currently serves as Deputy Editor-in-Chief of Journal of Sound and Vibration, Associate Editor of the Journal of the Acoustical Society of America, Associate Editor of Structural Health Monitoring: An International Journal and as an editorial board member in other 6 international journals.