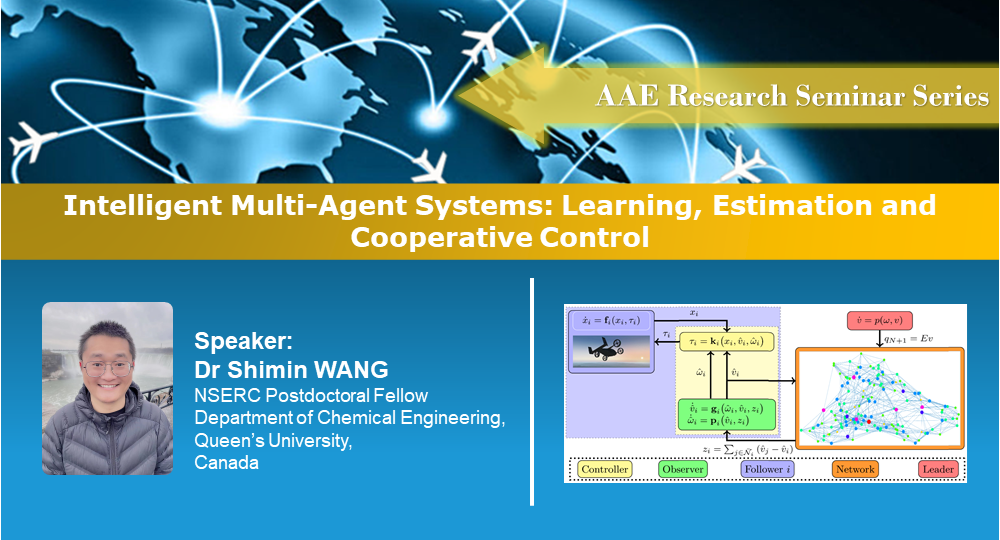 Intelligent multi-agent systems have been advancing apace with the help of high-performance hardware and computational technologies. Examples of such systems include teams of autonomous vehicles, autonomous robots, spacecraft systems, energy management systems, and intelligent building systems. This presentation first introduces a distributed learning observer framework for knowledge-based leader-following networks, which can simultaneously learn and estimate a leader's dynamics and states. That can be applied to the cooperative control of multiple robots or locally predict unknown common objectives of large-scale systems. The network of coupled nonlinear systems considered here does not require commonly seen assumptions: Global Lipschitz condition, Quadratic condition (QUAD), and Contraction theory. Furthermore, distributed observers with time-triggered observations are proposed to estimate the leader's state. An auxiliary observer with event-triggered communication is designed to reduce the information exchange among followers. The observability/controllability of the complex systems under non-pathological sampling is the superposition of the system dynamics and the topological networks. The interactions among sampling periods, topologies, reference signals, and related observability have been fully revealed, and all non-pathological/pathological sampling periods are given. It will also present several applications of the distributed control methods to attitude synchronization of multiple rigid body systems, the consensus of multiple Euler-Lagrange systems, and formation control of multi-robot systems.

Dr Shimin WANG is the NSERC Postdoctoral Fellow in the Department of Chemical Engineering, Queen’s University, Canada. He received a BSc degree in Mathematics and Applied Mathematics and MEng degree in Control Science and Engineering from Harbin Engineering University in 2011 and 2014 respectively. He then received a PhD degree in Mechanical and Automation Engineering from The Chinese University of Hong Kong in 2019. From 2014 to 2015, he was an engineer at the Jiangsu Automation Research Institute, China Shipbuilding Industry Corporation. From 2019 to 2022, he worked as a Postdoctoral Fellow in the Department of Electrical and Computer Engineering, University of Alberta, Canada.

He received the NSERC Postdoctoral Fellowship Award in 2022. He was awarded the Outstanding Graduates and Excellent Thesis for both Bachelor and Master. Moreover, he received the Best Conference Paper Award at the 2018 IEEE International Conference on Information and Automation.

He now serves as guest editor for several SCI journals, as follows: Energies, Journal of Healthcare Engineering, Wireless Communications and Mobile Computing, Computational and Mathematical Methods in Medicine, Frontiers in Applied Mathematics and Statistics Optimization, Mathematical Problems in Engineering and Frontiers in Control Engineering on several special issues.  Furthermore, he was also a PC member of the 11th International Conference on Intelligent Control and Information Processing and the 11th International Conference on Information Science and Technology.

His current research interests include but are not limited to output regulation, adaptive control, cooperative control, sampled-data control, extremum seeking control, and their applications to robotics and spacecraft systems.