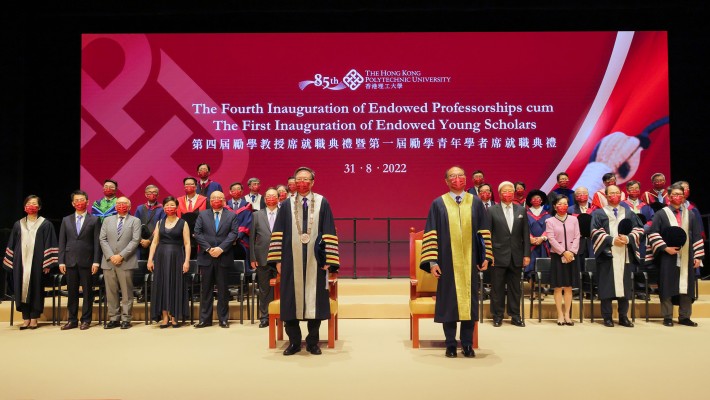 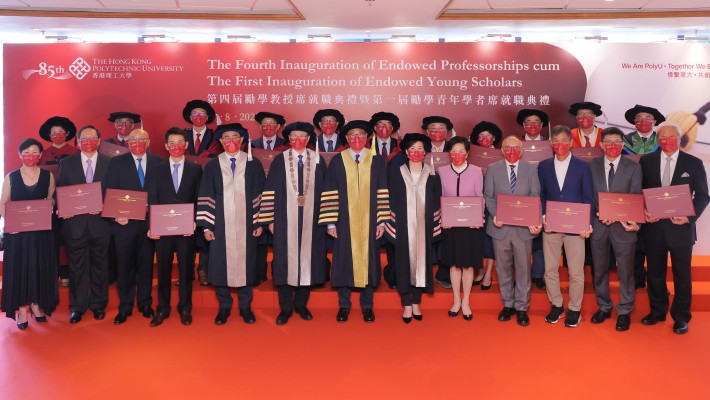 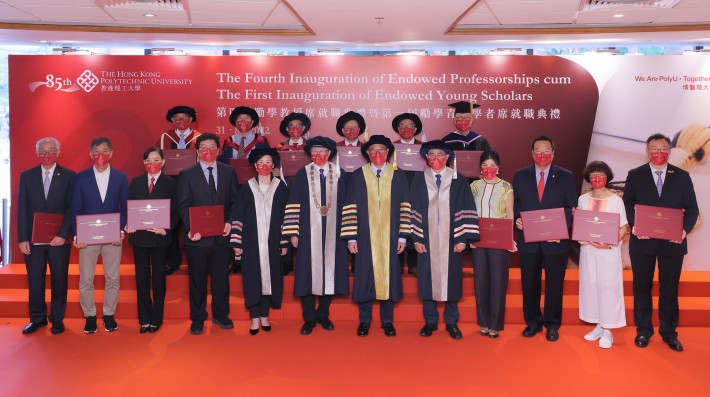 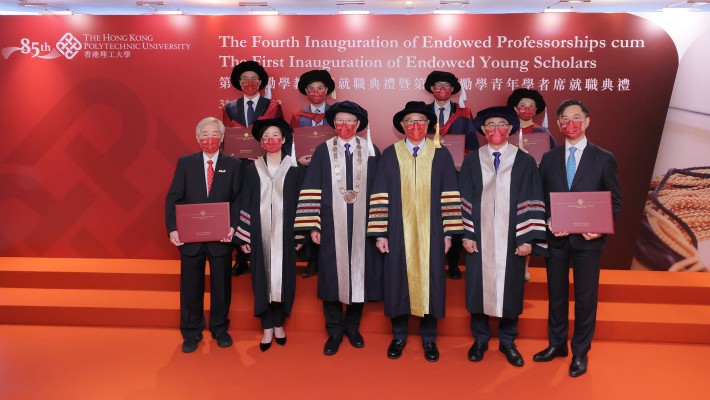 PolyU established the Endowed Professorship Scheme in 2012 to honour distinguished scholars for their outstanding academic and research achievements. With extra resources from the Scheme, Endowed Professors will be able to step up their excellent work in research and education.

Dr Lam Tai-fai, PolyU Council Chairman, hopes that by partnering with visionary philanthropists, the University can empower its outstanding researchers to pursue game-changing ideas and drive ground-breaking inventions that advance the frontiers of knowledge and technology, thereby bringing positive change to the world. Prof. Jin-Guang Teng, PolyU President, expressed his heartfelt gratitude to all benefactors. He encouraged the appointed Endowed Professors and Endowed Young Scholars to take advantage of the greater resources to further advance knowledge and develop innovations that will benefit our society. 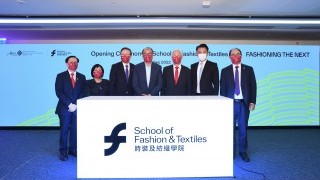 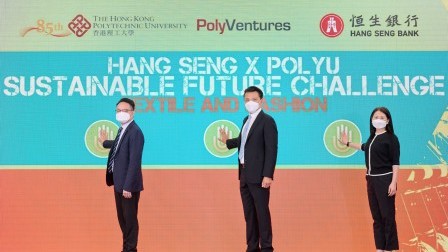 PolyU and Hang Seng Bank have teamed up to launch the “Hang Seng x PolyU Sustainable Future Challenge: Textile and Fashion”. The Challenge calls for I&T talent, including young creatives, to help imagine the future of the industry with a... 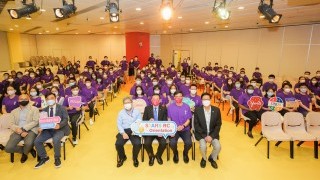 A warm welcome to STARS residents

The Orientation Programme of the newly established Special Talents Admission and Recognition Scheme (STARS) Residential College in the PolyU Student Halls of Residence (Homantin) was successfully held on 5 September 2022. The new STARS residents were...