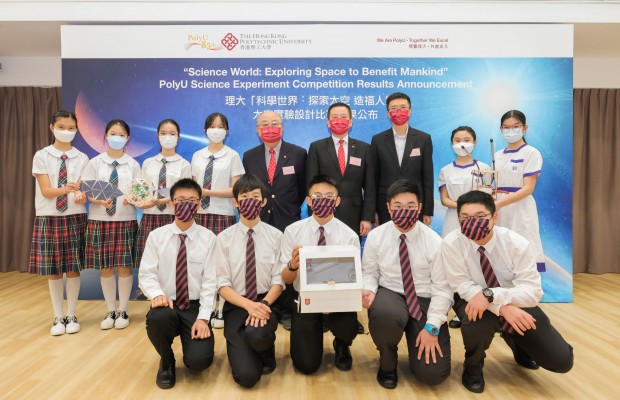 How lizards adapt to a microgravity environment and cosmic radiation in space may shed light on the mechanisms by which humans repair their body tissue, thus help preparing humanity for future long-term space missions, according to junior scientists from Diocesan Boys’ School who have just won PolyU’s space experiment competition. 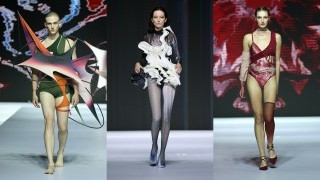 Thirty-two graduating students of the School of Fashion and Textiles showcased their talent through their creative designs at the PolyU Fashion Show 2022 – marking the first undergraduate fashion show after the upgrade of the School and the return... 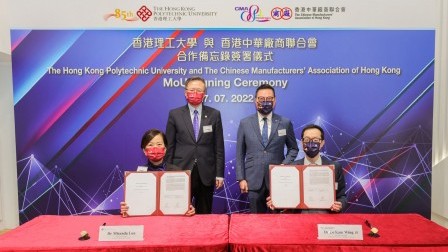 PolyU and CMA sign MoU to promote “Made in Hong Kong”

To further deepen their collaboration, PolyU and The Chinese Manufacturers’ Association of Hong Kong (CMA) have signed a memorandum of understanding (MoU) on 27 July 2022. Integrating the strengths of the academy and industry, the MoU not only aims... 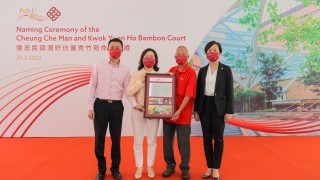 PolyU has recently named the Bamboo Court on campus after Mr Cheung Che-man and Mrs Cheung Kwok Yuen-ho. A naming ceremony was held on 29 July 2022 in appreciation of the generous couple who have kindly offered their support to PolyU. Known for its...