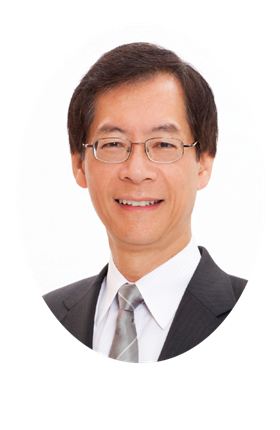 Professor Timothy W. Tong was born and raised in Hong Kong. After completing his secondary education, he pursued further studies in the United States, where he received his B.S. degree in Mechanical Engineering from Oregon State University (OSU) in 1976, and his M.S. and Ph.D. in the same discipline from the University of California at Berkeley in 1978 and 1980 respectively.

Professor Tong takes office as President of The Hong Kong Polytechnic University with effect from 1 January 2009. Prior to his current appointment, Professor Tong was Dean of the School of Engineering and Applied Science at The George Washington University in the United States.

Being an expert in the field of heat transfer, Professor Tong has been actively involved in addressing issues connected to energy use and sustainable development. He has published over eighty technical articles and edited seven conference proceedings. He is a Fellow of the American Society of Mechanical Engineers, the Hong Kong Academy of Engineering Sciences and the International Thermal Conductivity Conference. Professor Tong was inducted into the Academy of Distinguished Engineers and the Engineering Hall of Fame by the College of Engineering of OSU in 2001 and 2010 respectively. With the approval of the State Ministry of Science and Technology, Professor Tong has been included in the “National Science and Technology Programmes Expert Database” since February 2012.

Professor Tong is currently an Honorary Professor (Mechanical Engineering) of Tongji University; a member of Talloires Network Steering Committee of the United States, a member of the International Board of Overseers of Sabanci University of Turkey, a member of the International Innovation and Entrepreneurship Board of Advisors of King Abdulaziz City for Science and Technology in Saudi Arabia, and a member of The 9th Nuclear Safety Consultative Committee of the Guangdong Nuclear Power Station and the Lingao Nuclear Power Station.