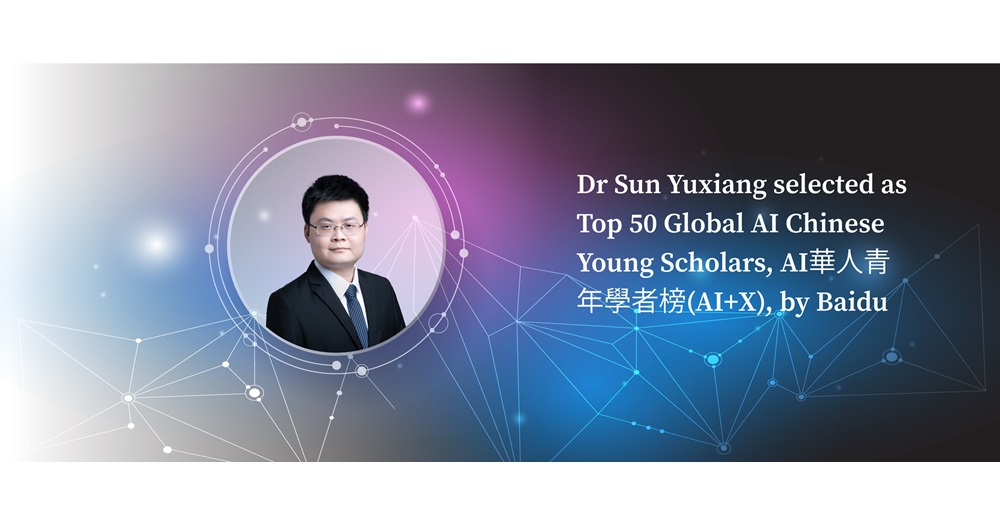 On April 28, 2022, the world's first list of High Potential AI Chinese Young Scholars released by Baidu was officially announced. Dr Sun Yuxiang, a young scholar from the Department of Mechanical Engineering, The Hong Kong Polytechnic University, was included into the list (in the field of AI+X, a total of 50 young scholars from all over the world were selected)!

The selection is based on 186,963 papers and the information of 89,324 scholars from all over the world. By using big data mining technology with three metrics (academic performance, academic influence and academic potential index), 100 high-potential young scholars were selected from the classical fields of AI (Machine Learning, Data Mining, Computer Vision and Natural Language Processing), and 50 high-potential young scholars were selected from the interdisciplinary fields of AI (AI+X). The 150 young scholars have made outstanding contributions in the fields of AI. Their research focuses on cutting-edge hot topics in academic and industry, such as autonomous driving, quantum computing, dialogue systems, and biological computing, etc.

The selection of the AI Chinese Young Scholars aims to encourage young scholars in the fields of artificial intelligence to make more influential achievements, and to identify high-potential and high-influential Chinese young technical leaders.