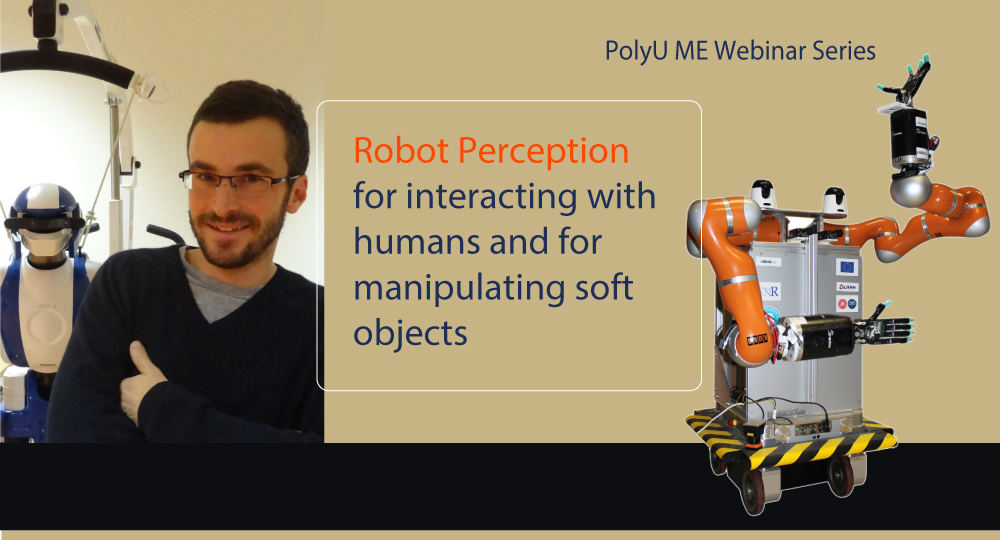 Andrea Cherubini received the M.Sc. in Mechanical Engineering in 2001 from the University of Rome La Sapienza and a second M.Sc. in Control Systems in 2003 from the University of Sheffield, U.K. In 2008, he received the Ph.D. in Control Systems from La Sapienza. From 2008 to 2011, he was postdoc at INRIA Rennes. Since 2011, he is at Université de Montpellier, first as Associate Professor, and then (since 2021) as Full Professor. His main research interests are physical human–robot interaction and robot manipulation of soft objects.

Robot Perception for interacting with humans and for manipulating soft objects

A fundamental requisite for deploying robots in the real world is real-time perception of the surrounding humans and objects. In this talk, I will present our recent research in exploiting diverse senses (vision, force, tact) within robot feedback controllers, to guarantee safe physical interaction with humans, and to shape soft objects.