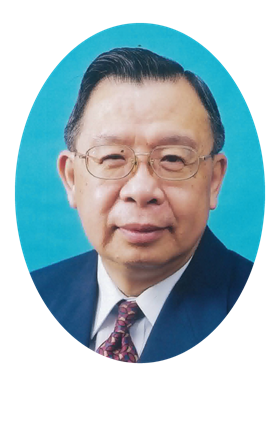 Ronald MC So received his BSc (Hons) from The University of Hong Kong in 1962, and was awarded a Commonwealth scholarship to study at McGill University in 1964 where he received his MEng in 1966. He then went to the US and received his MA and PhD in Aerospace and Mechanical Sciences from Princeton University in 1968 and 1971, respectively. He joined Union Camp Corporation in 1970 working on pulp and paper research. Shortly thereafter, he joined Rutgers University first as a Post-doctoral Fellow and then as a Research Assistant Professor in 1972 to work on problems related to atmospheric dispersion and pollution. He left Rutgers to join General Electric Research and Development Center (GE R&D) in 1976 to work on research and development in the areas of propulsion and power generation. In 1981, he left GE R&D to become an Associate Professor in the Department of Mechanical and Aerospace Engineering, Arizona State University (ASU). The following year he was promoted to Professor and remained there until 1996 when he took a two-year leave of absence to head the Mechanical Engineering Department at the Hong Kong Polytechnic University (HK PolyU). Since 1998, he has resigned from ASU to become Head of ME at HK PolyU. He retired from the Headship on 1 July 2005 but remained as Chair Professor until 1 July 2006. He was installed as Emeritus Professor of the University after retiring from Mechanical Engineering.  Since 2008, he has been serving as Visiting Chair Professor in the Mechanical Engineering Department and the Building Services Engineering Department.

Dr. So’s research led to the Publication Award in 1981 from GE R&D, the Dugald Clerk Prize from the Institution of Mechanical Engineers in 1991 for contributions made to combustion in IC engines, the Doctor of Science (DSc) degree in 1993 from The University of Hong Kong for original contributions in fluid dynamics and heat transfer, the Lewis F. Moody Award of ASME in 1996 for contributions made in the area of computational fluid dynamics, and the Doctor of Engineering (DEng) honoris causa degree in 2005 from Waterloo University for contributions made in fluid dynamics and mechanical engineering education. Through the years Dr. So has received funding from agencies such as NSF, NASA Langley, NASA Lewis, NASA Ames, NRL, DTMB, Naval Surface Weapons Lab, DoE, DoD, RGC of the Government of the HKSAR, and various industrial concerns such as Research Cottrell, GE Nuclear Division, GE Gas Turbine Division, GE Aircraft Engine Division, and Garrett. His funding totals more than US$12 millions. His current research interests include Boltzmann equation modeling, aeroacoustics, vibroacoustics, flow-induced vibrations, turbulence modeling, buoyant and non-buoyant turbulent flows and turbulent heat transfer modeling.

Dr. So has been inducted into the Asian Academy Hall of Fame in 2006.  He is a Commonwealth Scholar and has also been elected to Academician of the International Academy of Astronautics; Fellow of the World Innovation Foundation; Fellow AIAA; Fellow ASME; Fellow IMechE; Fellow RAeS; and Fellow HKIE.  Dr. So is an Associate Editor of AIAA Journal (1993-1995, 1998-2008), an Associate Editor of the Journal of Applied Fluid Mechanics (2013-Present), an Advisory Editor of the International Journal of Mechanical Sciences (1997-Present), the International Journal of Heat and Fluid Flow (1994-Present), and a Special Editor of Combustion Science and Technology (1988), an Editor of ASME Special Publications (1984, 1986), and an Editor of the HKIE Transactions (2003-Present).  Dr. So has served as Chairman of the Engineering Panel of the Research Assessment Exercise (which assesses engineering research of all universities in Hong Kong) of the Research Grants Council of the HKSAR for two times, 1999 and 2006, in addition to being a member of the Engineering Panel from 1996-2002.  Simultaneously, he was a member of the Metals Committee of the HKSAR from 1996-2002.  He was a Council member of IMechE (2002-2005), a Chairman of the Asia-Pacific Region of ASME (1999-2002), and a member of the Executive Committee of the ME Department Heads Committee of ASME.  In addition, he sat on various committees of HKIE.  Dr. So has edited 8 books and is the author/co-author of 325 papers in archival journals and conference proceedings, and 46 reports to funding agencies. He has delivered 210 invited talks and presentations at various conferences.