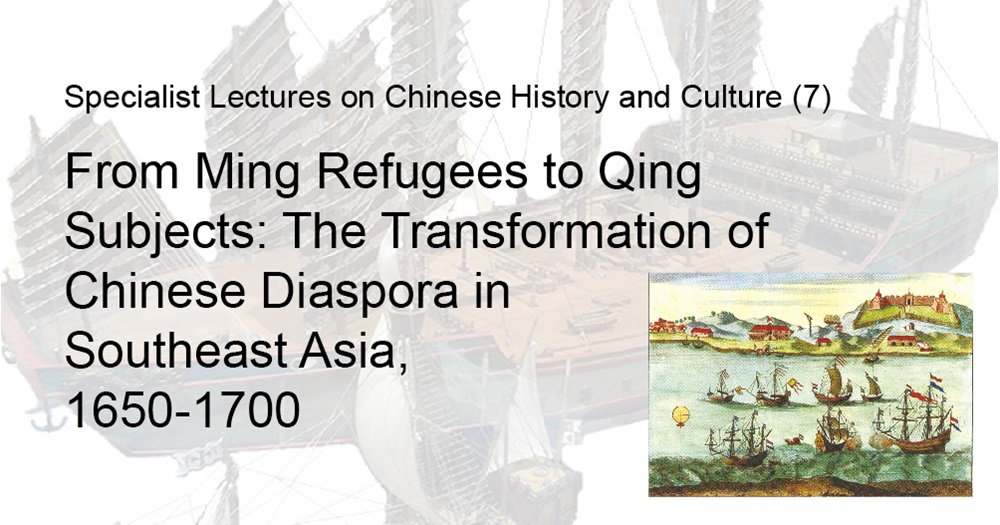 Abstract: During the sixteenth and early seventeenth centuries, the relaxation of the Ming sea ban, along with the arrival of the Europeans, generated a multipolar environment in East Asia. It revolved around the intra-Asian exchange centered upon Chinese silk and Japanese silver, and a nascent global flow of New World bullion to China and spices for Western Europe. The situation changed during the mid-seventeenth century amid mounting restrictions on overseas contacts from the Tokugawa shogunate of Japan and the consolidation and militarization of Chinese merchants under the Zheng family. By 1683, when the Qing forced the Zheng to surrender and occupied their bastion of Taiwan, China had achieved naval preeminence in the East Asian sea lanes. Other than a few outposts, the Europeans had largely withdrawn from the area north of island Southeast Asia, which remained under the hegemony of the Dutch East India Company. In 1684, the Qing court legalized private trade and travel abroad, prompting another wave of overseas migration. Authorities in China and across eastern maritime Asia enacted policies that kept the Qing merchants and immigrants separate from the earlier Ming loyalists. Additionally, both groups of Chinese were accorded significant political, economic, and legal privileges. This infrastructure, backed by Qing naval power, paved the way for the “Chinese century” in maritime Asia.

Xing Hang is Associate Professor of History at Brandeis University. He received his PhD from the University of California, Berkeley. He is the author of Conflict and Commerce in Maritime East Asia: The Zheng Family and the Shaping of the Modern World, c.1620–1720 and co-editor of Sea Rovers, Silver, and Samurai: Maritime East Asia in Global History, 1550–1700. He has also written numerous articles and reviews for major journals, and is a recipient of many grants and awards, including the American Council of Learned Societies Henry Luce Fellowship and the Michael L. Walzer Prize for Excellence in Teaching.