Warm Welcome to Professor Qi Houduo to the AMA Family 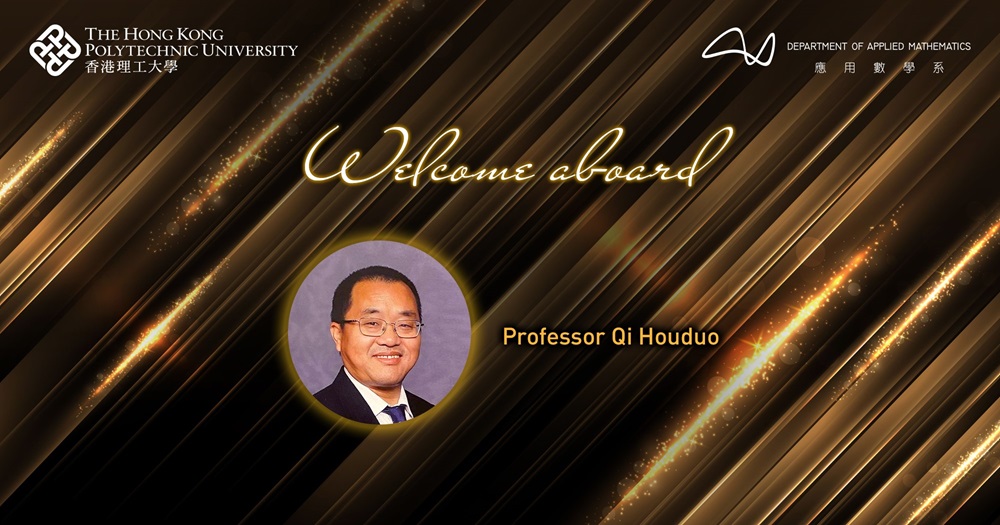 We would like to extend a warm welcome to Professor Qi Houduo joining AMA family on 15 December 2022.

Professor Qi received BSc degree in Statistics from Peking University in 1990, MSc degree from Qufu Normal University in 1993 and Ph. D from Institute of Applied Mathematics, Chinese Academy of Sciences in 1996, both in operational research and optimal control. He had been a postdoctoral fellow at State Key Laboratory of Scientific and Engineering Computing at Chinese Academy of Sciences, Department of Applied Mathematics at PolyU, and School of Mathematics, University of New South Wales.

Professor Qi’s research interests are mainly on theoretical and applied Optimization and in particular Matrix Optimization and its applications. His research has been supported by Australian Research Council (ARC), Engineering and Physical Sciences Research Council and the Royal Society. In 2004, Prof. Qi was awarded with Queen Elizabeth II Fellowship (QEII fellow) by ARC. He moved to University of Southampton to take up a lectureship in Operational Research in 2004, arising to Professor of Optimization in 2017. He was a Turing fellow at the Alan Turing Institute, the UK’s national institute of data science. Professor Qi has been Area Editor of Asia Pacific Journal of Operational Research (Optimization) since 2016, and associate editor for several journals including Computational Optimization and Applications, Journal of the Operations Research Society of China, and Mathematical Progamming Computation.