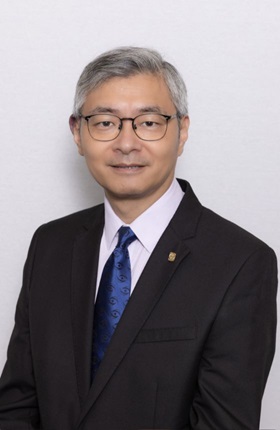 Dr Andrew Lam graduated from the then Hong Kong Polytechnic with a Professional Diploma in Optometry. After working in a private optometric practice for two years, he returned to the then Hong Kong Polytechnic working as a Research Assistant and later obtained his Masters and PhD degrees from the Department of Optometry, University of Bradford, in the UK. He is now the Programme Leader of the Bachelor of Science in Optometry Programme at the School of Optometry, PolyU. He was a recipient of the Department's Teaching Excellence Award in 2002 and also 2008.

Knowledge of corneal biomechanics is important for understanding the development of myopia. Weakened corneal biomechanics may indicate an overall weakened outer ocular coat, hence an eye that is more prone to axial elongation when it is exposed to myopigenic factors. High myopia is also associated with glaucoma, where intraocular pressure (IOP) measurement is important in its diagnosis.

Development of myopia and glaucoma may share similar pathophysiology of a weakened outer ocular coat. Since high IOP is a risk factor of glaucoma, current medical and surgical treatments in glaucoma target reducing the IOP. The Gold standard for IOP measurement is through corneal touch. Alteration of corneal biomechanics such as after corneal refractive surgeries in myopes can affect accuracy of IOP measurement.