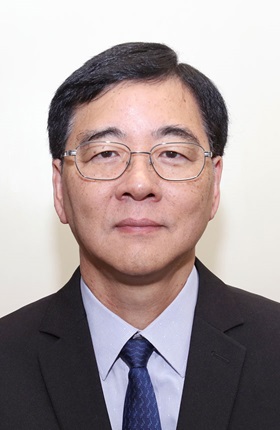 He has taught social work students at the undergraduate and postgraduate levels for more than 30 years. He was Dean of Students (1996-1998) and Dean of General Education (2006-2008) of New Asia College, The Chinese University of Hong Kong. He was elected Best Lecturer teaching the major courses in the Department of Social Work in 1995-1996. He was awarded the Exemplary Teaching Award from Faculty of Social Science of The Chinese University of Hong Kong in 2002-2003. He was awarded two Bronze Awards under “Ethical Leadership” and “Social Enterprise” in Reimagine Education Awards 2016. He was also awarded a Silver Award under “Ethical Leadership” and a Gold Award under “Sustainability” in Reimagine Education Awards 2017. He and his team members were awarded the UGC Teaching Award in 2018.

Professor Shek is a psychologist with research interests in positive youth development, family process, scale development, quality of life, programme evaluation, addiction and spirituality. Professor Shek has been awarded many research grants by the Research Grants Council. His research project on the adjustment of Chinese people to midlife has been rated “excellent” by the Research Grants Council. He was awarded the CUHK Research Excellence Award 2007 by The Chinese University of Hong Kong. In the past decade, he has been leading a research project entitled “P.A.T.H.S. to Adulthood: A Jockey Club Youth Enhancement Scheme” (Project P.A.T.H.S.) which is financially supported by the Hong Kong Jockey Club Charities Trust with an earmarked grant of HK$750 million. The project has been transplanted to schools in Mainland China with the financial support of Tin Ka Ping Foundation. The project was rated as “world leading” in the Research Assessment Exercise 2020. With his contribution to the field of quality of life, he was awarded the Distinguished QOL Researcher Award by the International Society for Quality-of-Life Studies (ISQOLS) in 2017. To honour his work on promotion of adolescent well-being, ISQOLS also established the “Daniel Shek-Wofoo Foundation Track for the Advancement of Adolescent Quality-of-Life Research”. Professor Shek is currently Vice-President for External Affairs and a member of the Board of Directors of the ISQOLS. He is also a member of the Board of Directors of the International Positive Psychology Association (IPPA).

Professor Shek has served on many high-level government advisory committees in the Hong Kong Government, including the Action Committee against Narcotics, Standing Committee on Young Offenders, Family Council, Commission on Youth, Women’s Commission, Fight Crime Committee, Beat Drugs Fund, Independent Commission against Corruption, Mental Health Review Tribunal, Nursing Council, Midwives Board, Child Fatality Review Panel, Commission on Children, and Health and Medical Research Fund. Professor Shek was Chairmen of the Action Committee Against Narcotics (2009-2014) and the Family Council (2013-2021). He is currently Chairman of the Public Policy Research Funding Scheme,  member of the Electoral Affairs Commission and member of the Research Grants Council of the University Grants Committee, Government of the Hong Kong Special Administrative Region. He is also Chairman of Society of Boys’ Centres. He was awarded the Bronze Bauhinia Star and Silver Bauhinia Star by the Government of the Hong Kong Special Administrative Region in 2000 and 2013, respectively.