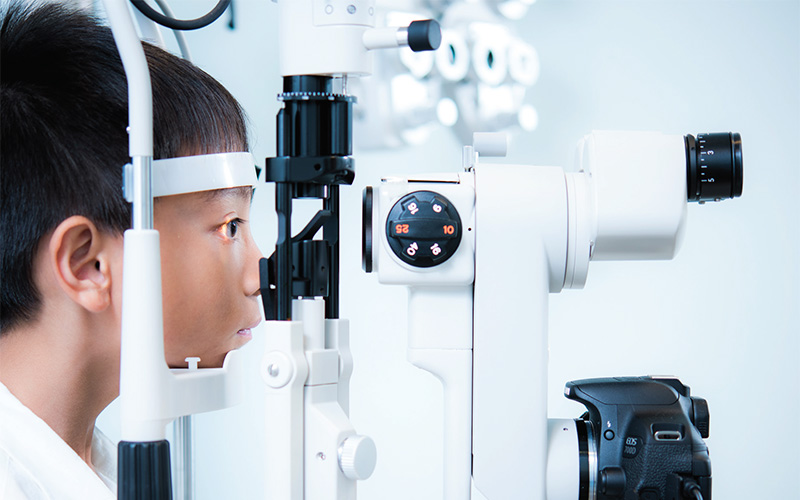 As myopia becomes increasingly prevalent globally, researchers at the School of Optometry have developed a new solution for myopia control in children, following almost a decade of research that has led to the development of internationally award-winning contact lens and spectacle lens that can slow or even halt myopia progression.

It is estimated that more than 2.5 billion people, around a third of the world’s population, will be affected by short-sightedness by 2020. The prevalence in Hong Kong’s is even more alarming. Around 40% of Hong Kong schoolchildren have myopia and the condition accelerates in adolescence, so almost 80% of students require glasses or contact lenses to correct their vision by the time they reach university. In view of this, the research team led by Prof. To Chi-ho and Prof. Carly Lam from the School of Optometry drew on evidence from animal research into the growth of the human eye to design novel defocused lenses.

Myopia occurs when the eyeball is too long relative to the focusing power of the cornea and lens of the eye. Light focuses in front of the retina rather than on it, making distant objects appear blurry. Making use of the natural homeostatic mechanism known as “emmetropisation”, researchers have developed the Defocus Incorporated Soft Contact (DISC) lens and Defocus Incorporated Multiple Segments (DIMS) spectacle lens. The lenses correct impaired vision by projecting a blurred, defocused image in front of the retina, while at the same time through the process of “emmetropisation” producing a clear image on the retina. This “myopic defocus” technology can slow down myopia progression through controlling excessive growth of eyeball.