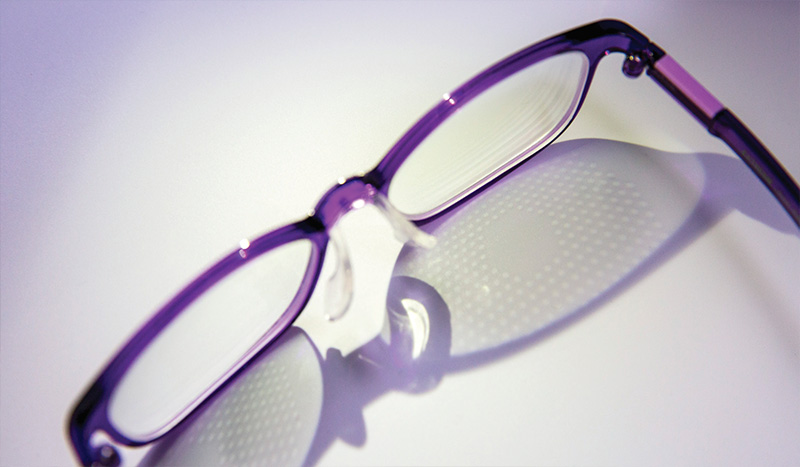 DIMS Spectacle Lens comprises of a central optical zone and multi-segments of constant myopic defocus surrounding the central zone and extending to mid-periphery of the lens.

The solution came in the form of DIMS lens, developed in collaboration with Hoya Vision Care and based on the same defocus principles as the DISC lens. Developing the spectacle lens presented an added challenge, commented Prof. To, because “the eye moves behind the spectacle lens and therefore the myopic defocus optics have to be incorporated all over the lens”. The team solved this problem by incorporating many micro-lenses over the surface of the lens, so that the “eye still experiences a constant amount of myopic defocus” as the eye moves around different regions of the lens.

The children in the treatment group found the DIMS spectacles comfortable to wear and they reported good short and long distance vision and good depth perception. The findings are particularly meaningful for those children who would otherwise develop high myopia, who have an additional risk of developing complications such as retinal detachment and glaucoma, which can result in permanent blindness or impairment. For them, early myopic intervention is extremely important.

DIMS spectacle lenses were made commercially available this summer under the brand name MyoSmart. Millions of children worldwide now have another choice to slow the progress of myopia.