Unmanned autonomous systems (UASs), including unmanned aerial vehicles (UAVs), unmanned ground vehicles (UGVs), and unmanned underwater vehicles (UUVs) are revolutionizing human society by alleviating the stress arising from the global trend of aging populations. Many countries and regions have developed policies for the critical strategic development of UASs. Hong Kong, Mainland China, and the rest of the world are undergoing a revolution arising from “Smart City” technologies.

For years, many UAS studies have been conducted by the PolyU. Several important research institutes (e.g., RISUD, SCRI and RIAM) was established to support research and development related to these new technologies. Research Centre of Unmanned Autonomous Systems (RCUAS) coordinates PolyU’s UAS researches and developments among different faculties/departments or institutes/centers, and facilitates PolyU’s internal and external collaboration with leading partners. RCUAS also plays an important role by providing physical UAS research and development platforms to synergize the impactful researches conducted in PolyU, exemplifying our motto, to learn and to apply, for the benefit of mankind (開物成務 勵學利民). The ultimate goal is to collaboratively increase society-oriented research that will have a positive impact on Hong Kong, the Greater Bay Area, and the Asia-Pacific region.

The fast development of urbanization and smart cities introduce urgent needs on the UAS to work in complex urbanized areas, such as the UGV, UAV, and UUV. Significantly, the GBA have strong demands for UAS, with applications ranging from intelligent transportation to intelligent manufacturing. Unlike the field environments with clear space and low traffic density where are commonly investigated scenarios by the existing research institutes, the densely urbanized scenarios introduce many additional but also fundamental challenges to the UAS. Fortunately, navigation and perceptions in urban canyons are the strong expertise of PolyU. In the past decades, PolyU devoted itself to solving the navigation problem in dense urban canyons and achieved fruitful recognition from both the academic and industry fields. The navigation research achievements from PolyU attracted the attention of industry. Moreover, PolyU also accumulated abundant research achievements in UAVs with applications to infrastructure inspection.

UAS is a research scope that can be widely applied across several important research institutes in PolyU, such as RISUD, SCRI, RIAIoT, and RIAM. The RCUAS will strive to enable these research institutes to achieve their objectives by providing physical UASs as integration platforms for various research and development projects and impactful applications. The proposed relationships between the RCUAS and other PolyU research institutes and research centres and their expected areas of impact are illustrated in the following figure.

Members of the ARC
All members of the RCUAS are experts in both fundamental UAS research and strategic areas of its applications.

Advisory Board Members of the RCUAS

To be a leading research centre for the research and development of UASs and their application in smart cities in Hong Kong, the Greater Bay Area (GBA) and the Asia-Pacific region. 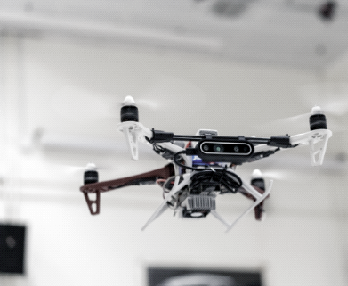 The RCUAS is striving for achieving the following major objectives:

Members of the RCUAS have a wide range of collaborations in research projects with governmental departments and the industry, such as:

Many countries and regions have developed policies for the critical strategic development of UASs. Hong Kong, and mainland China, and the rest of the world are undergoing a revolution arising from “Smart City” technologies. Due to the high potential of the UAS in revaluating the industry, several research centres or institutes were built around the world. Lots of the industrialization are produced by the well-known robotics centres located in the UK, U.S, Germany, Singapore, and mainland China, with specialization ranging from field robotics, UAV, artificial intelligence, and human-robot collaborative systems. These investigated autonomous systems are mainly targeted at field applications and indoor applications, such as indoor service robotics.

As pointed out in the Outline of the Chinese 14th Five-Year Plan (中國十四五規劃重點), China will focus on the development of marine, maritime, shipping, and ship-related industries. Benefiting from the rich marine and shipping resources of Hong Kong and the Greater Bay Area (GBA), RCUAS will launch the first UUV study within Hong Kong together with UAV and UGV, which is promising to form the land-sea-air integrated autonomous mobile systems.

UAS is one of the most promising innovations, technologies in the industry 4.0 era

It is a global common belief that the development of unmanned system technologies has the potential to significantly improve efficiency and stimulate the economic growth of the world. In other words, UAS can transform the existing industries with new values. Autonomous driving technology and the large-scale operation of logistics and distribution, and the realization of low-cost and high-efficiency logistics and distribution are the inevitable trends of the future development of Hong Kong's logistics.


Hong Kong is strong in innovation, technologies, and start-ups

Fortunately, Hong Kong is the world-level pool that cultivates and attracts talents in innovation, technology, and start-ups. Lots of new ideas and prototypes are developed continuously in Hong Kong. Among those innovations, the UAS is one of the most promising and industry-needed sections. However, Hong Kong lacks space for manufacturing and testing to make all those innovations come true.

GBA is strong in manufacturing, testing and industrialization

In fact, the GBA is famous for manufacturing, testing, and industrialization. The roles and connections between Hong Kong and the GBA are inseparable. Many successful examples in transferring the innovations from Hong Kong to GBA occur, such as the DJI for UAV and GOOGOL Tech for intelligent robots. Moreover, the GBA also provides many testing beds for UAV and UGV systems.

From the holistic aspect, Hong Kong possesses a strategic position within the GBA and the GBA is famous in applications ranging from intelligent transportation to intelligent manufacturing which has a strong demand for UAS. In short, the UAS is required both locally by Hong Kong logistic industry and urbanization, and the GBA. The UAS research in Hong Kong can provide continuous talents, innovations, and technologies to GBA where all those technologies will be industrialized and come true. 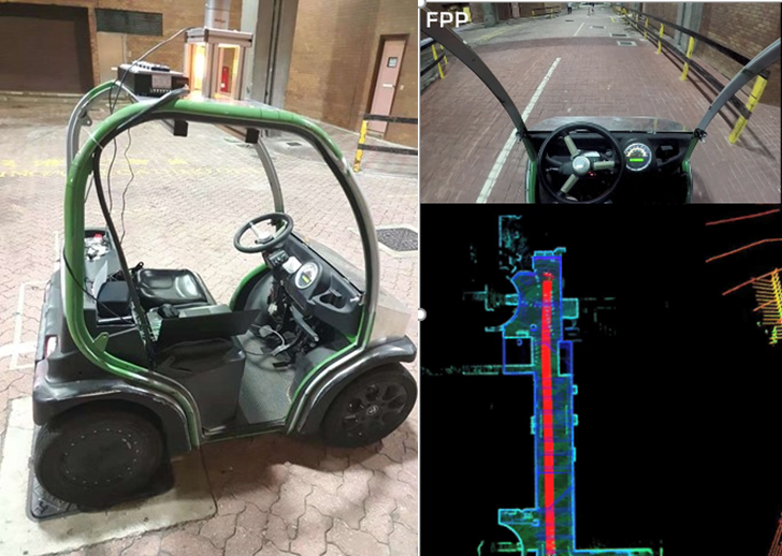