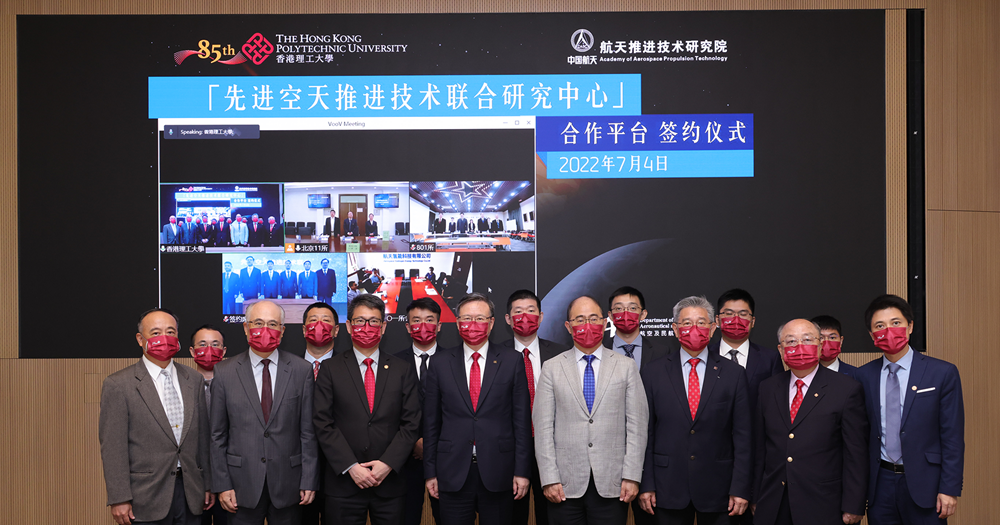 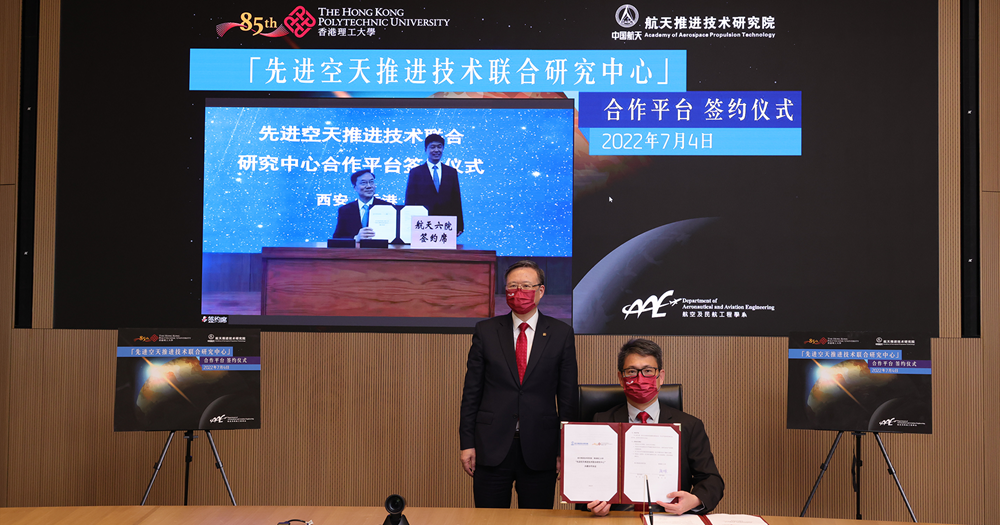 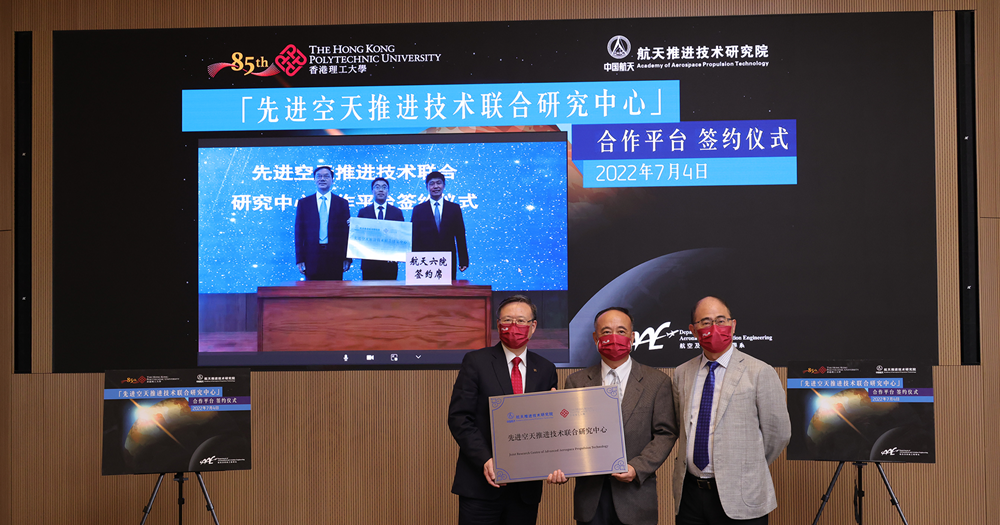 Professor Wing-Tak Wong, Deputy President and Provost of PolyU (right) witnessed the presentation of the plaque of the Joint Research Centre to Professor Chih-Yung WEN, Head of the Department of Aeronautical and Aviation Engineering (centre) by Professor Jin-Guang Teng, President of PolyU (left). 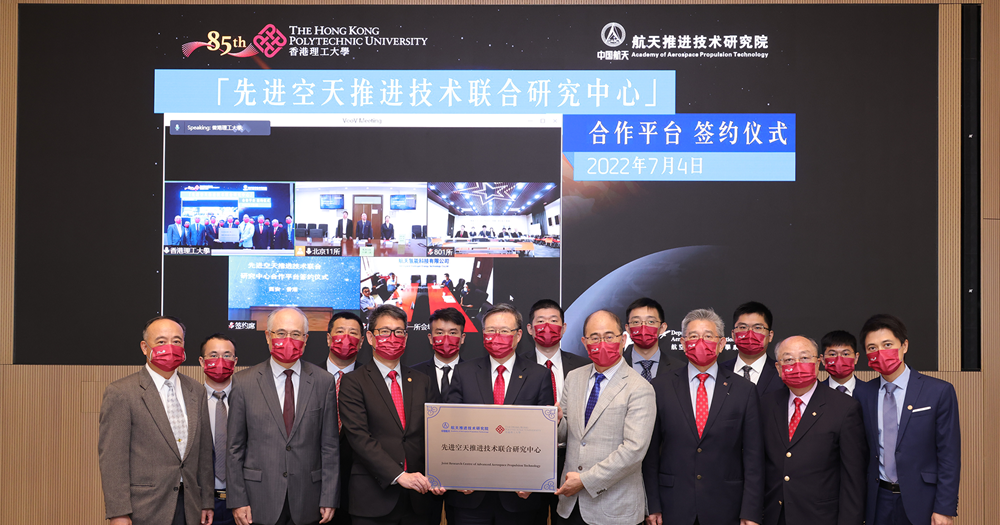 The Hong Kong Polytechnic University (PolyU) and the Academy of Aerospace Propulsion Technology (AAPT) have signed an agreement to establish the “Joint Research Centre of Advanced Aerospace Propulsion Technology”. Led by the Department of Aeronautical and Aviation Engineering (AAE) of PolyU, the collaboration aims to establish a highly competitive scientific research force and technical cooperation team in the field of advanced aerospace propulsion technology through a long-term and in-depth strategic partnership. It is expected to further contribute to the development of China's aerospace technology.

Advanced aerospace propulsion technology is a future-oriented field with broad application prospects. PolyU and AAPT have formed an ongoing complementary partnership to establish the “Joint Research Centre of Advanced Aerospace Propulsion Technology”. The five-year cooperation plan involves a number of joint research and development projects. Adhering to the global future development direction of aerospace propulsion technology, the projects will focus on the research and development of key technologies, and enhance the engineering research and production capabilities in the field.

PolyU’s President, Professor Jin-Guang Teng said, “AAPT is the R&D centre of liquid propellant rocket engines in China. PolyU and China Aerospace Science and Technology Corporation (CASC) have been working closely together to support the Nation's space exploration and research. This new collaboration will further support the development and modernisation of the Nation’s civil aerospace industry, manned spaceflight and space exploration. PolyU is honoured to continue its ongoing contribution to the development of the Nation’s aerospace science and technology.”

Mr Wang Wanjun, Dean of AAPT said, “PolyU AAE has a world-leading research foundation, as well as design experience in aerospace and aeronautical propulsion technology. With PolyU’s comprehensive professional facilities and intelligence resources, the Joint Research Centre for Advanced Aerospace Propulsion Technology can become an influential platform for knowledge exchange. It will be of great benefit to the promotion of research and technological development in the field.”

In addition to several joint research projects, this collaboration is also committed to cultivating a group of high-level interdisciplinary experts for future applications.

Mr Li, Associate Dean of AAPT said, “The Joint Research Centre will push the cooperation between PolyU and CASC to a new height. This longer-term and comprehensive partnership will serve and support the country's major needs and implementation of its technology projects.”

Academy of Aerospace Propulsion Technology (AAPT)
Established in 1965, the Academy of Aerospace Propulsion Technology (AAPT) is one of China’s core aerospace science and technology research units, owned by China Aerospace Science and Technology Corporation (CASC). It has 11 units, which are all equipped with advanced facilities for innovation and research, production, and testing. As the only research centre in China focusing on aerospace propulsion technology, its development and production of various propulsion systems have been supporting the Nation’s space exploration and aerospace technology modernization and development.