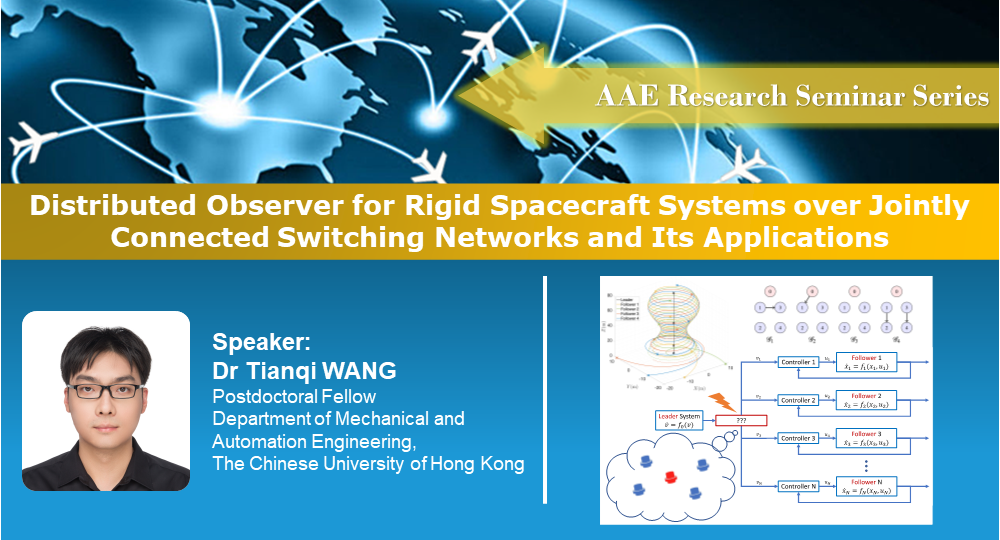 Dr Tianqi WANG is a Postdoctoral Fellow in the Department of Mechanical and Automation Engineering, The Chinese University of Hong Kong. He received his BEng degree in Flight Vehicle Design and Engineering from Harbin Institute of Technology in 2017 and Ph.D. degree in Mechanical and Automation Engineering from The Chinese University of Hong Kong in 2021. His research interests include cooperative control of multiple rigid spacecraft systems, model predictive control, event-triggered control, and cyber-physical systems. His research on rigid spacecraft systems has been published in various top peer-reviewed journals including IEEE Transactions on Aerospace and Electronic Systems, IEEE Transactions on Neural Networks and Learning Systems, and International Journal of Robust and Nonlinear Control. He has also been invited twice to contribute papers to the invited session “Event-triggered and self-triggered control” at IEEE Conference on Decision and Control.
Previous Event Next Event