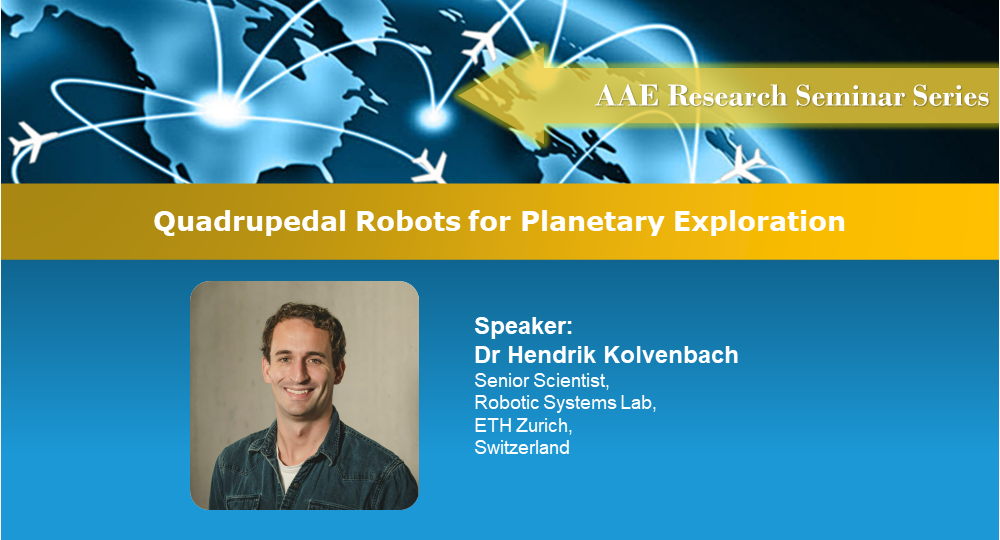 Versatile, terrestrial walking robots have advanced rapidly over the last decade and have reached a maturity level where a potential application for space exploration becomes viable. The systems show high potential for reaching scientifically attractive targets which are out of reach with traditional, wheel-based systems. Nevertheless, it is still unclear which underlying technologies need to be adapted and further developed for space and how such a robot would look like. In this talk, Dr Kolvenbach will present their work on legged systems in the context of space exploration with a particular focus on increasing and validating the system performance in partially unknown, sandy, sloped, and lower-than-earth gravity settings.

Dr Hendrik Kolvenbach received his BSc and MSc degrees in Mechanical Engineering from RWTH Aachen University, Aachen, Germany, in 2013 and 2014, respectively. After a training period within the Robotics Section of the European Space Agency from 2014 to 2016, he joined the Robotic Systems Lab, ETH Zurich, Zurich, Switzerland, to pursue a doctoral degree (2021). He currently leads the laboratory’s activities in Space Robotics. His research interests include robotic system design and the application of legged systems for planetary exploration.