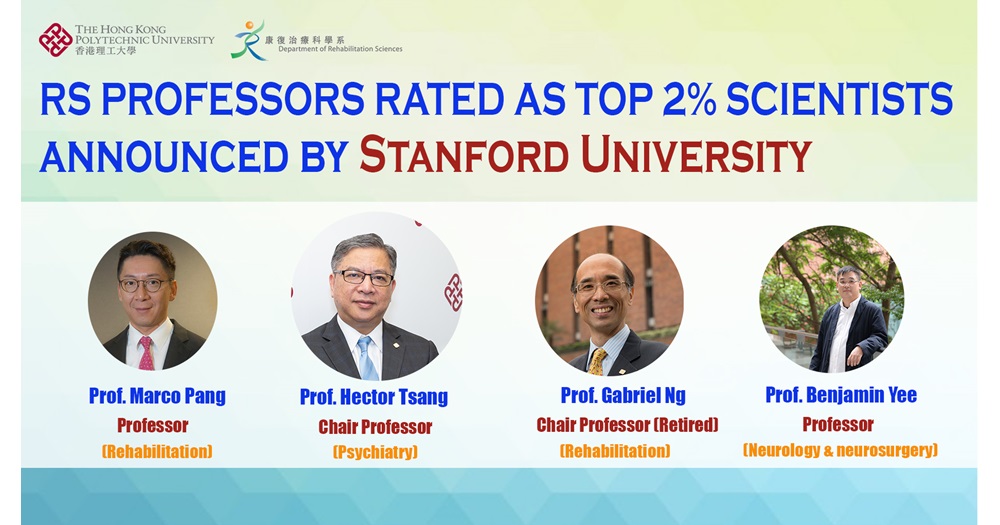 We are excited to share the great news that five RS scholars (listed below) have been ranked among the world’s top 2% most-cited scientists. They were named, along with other 158 PolyU scholars, in the “Updated science-wide author databases of standardised citation indicators”, compiled by Stanford University. To group and rank top scientists across the world, the Stanford research team used an array of standardised citation indicators including information on citations, an individual’s scientific research output, co-authorship and a composite indicator for career-long citation impact up to the end of 2019.

Congratulations to these four scholars whose determined efforts to conduct high-impact research have earned them global recognition they deserve!