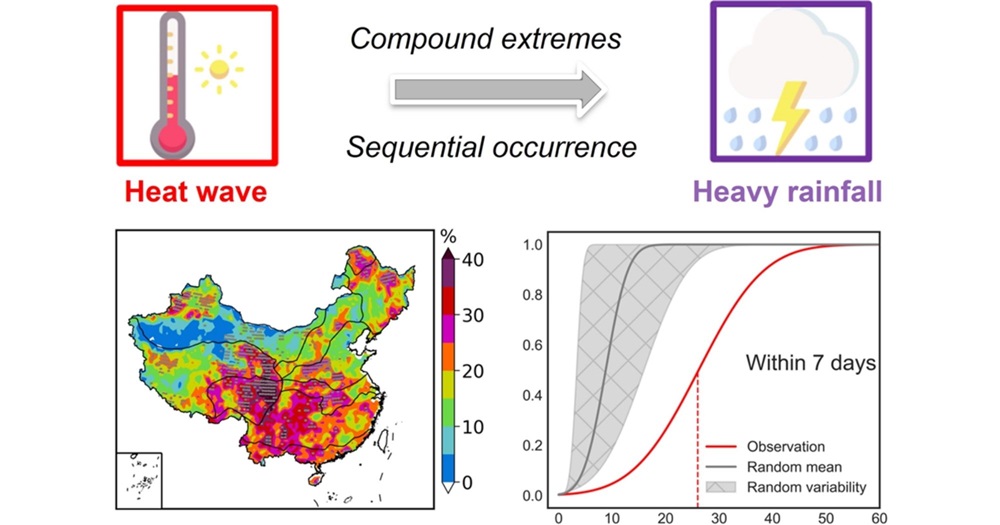 According to long-term meteorological observations provided by the Hong Kong Observatory, there is a significantly increasing trend in the number of very hot days, especially in recent years. The year 2021 was the warmest on record in Hong Kong, with 11 months that were warmer than usual. Meanwhile, the annual number of heavy rain days is also increasing, with hourly rainfall records being broken several times over the last few decades. According to the newly released Hong Kong Climate Action Plan 2050, the Government is calling for urgent action to combat extreme heat and severe rainstorms because these events have been increasing in frequency and intensity under climate change, posing serious threats to human health, socioeconomic development, urban infrastructure and ecosystems in Hong Kong.

Dr Shuo WANG, Member of the Research Institute for Land and Space (RILS) and Assistant Professor, Department of Land Surveying and Geo-Informatics at PolyU, and his research teammates have looked into the issue.  Dr WANG’s research explored the unexpected occurrences of heat waves followed by heavy rainfall. Such compound extreme events could exacerbate the damage caused by the combination of different types of extreme events. The research revealed the way in which a heat wave may evolve into heavy rainfall, leading to consecutive heat waves and heavy rainfall events. These consecutive events are projected to occur more frequently under a warming climate based on gridded observations, reanalysis datasets, and model simulations. Dr WANG’s research findings revealed that out of every four heat wave events in China during the period of 1981–2005, one of the events was followed by heavy rainfall within 7 days, and Hong Kong was one of the hotspots detected across Southeast China. Furthermore, shorter and hotter heat waves were more likely to be followed by heavy rainfall. This tendency underscores the need for early warning and disaster preparedness for the occurrence of subsequent rainstorms when a short-duration but high-intensity heat wave has been observed. The research findings have significant implications for Hong Kong as the emerging climate-related disasters have been receiving increasing attention from the public.

The research results have been published in Geophysical Research Letters (https://agupubs.onlinelibrary.wiley.com/doi/10.1029/2021GL094831)