Myopia, or shortsightedness, is a common eye disorder. Experts call it an epidemic and by 2050, about 50% of the world’s population is expected to be myopic.[1] In Hong Kong, about 18% of 6-year-olds and 62% of 12-year-olds are short-sighted.[2] Though a myopic person can still see clearly by wearing corrective lenses, moderate to high myopia is related to increased risk for myopic macular degeneration, retinal detachment, cataracts, and glaucoma. That means controlling myopic progression is important, especially among developing children who often exhibit the fastest progression. Surgery and medicated eye drops also help control myopia, but optical interventions such as myopia control eyeglasses or contact lenses are less invasive, more affordable and well tolerated by most children.

In light of this, Prof. Carly S. Y. LAM, Prof. TO Chi-ho and Dr Dennis TSE, School of Optometry, led a research team to develop Defocus Incorporated Soft Contact (DISC) lenses, a treatment proven to slow myopia progression among children and youth aged between 8 and 13 by 60% on average. Driven by a strong urge to help young myopia sufferers, Prof. To founded the startup Vision Science and Technology Co Ltd (VST) with Mr Jackson LEUNG, a PolyU alumnus in optometry, and commercialised the technology. The first-generation DISC-SH was launched in 2018, and a year later, VST followed up with the daily disposable version known as “DISC-1 Day” achieving great success.

Myopia happens when an eyeball is too long. Our eye naturally changes its shape to focus images sharply on the retina. By focussing the images slightly in front of the retina, or so-called myopic defocus, the eyeball would shape itself shorter to receive the images, and hence, slowing down the eyeball from growing longer. In the meantime, the wearers still need to go about their daily life and need to see clearly.

DISC lens is a bifocal soft contact lens that does just that – to let wearers see clearly while incorporating defocussed images at the same time. “There are concentric rings of alternating correction zones and defocussing zones on the lens. The correction zones let the wearer see clearly while the defocussing zones produce out-of-focus images that retard myopia progression,” explained Prof. To.

From customised lenses to daily disposable ones

The first-generation DISC-SH has to be customised according to the wearer’s eyeball and it needs two weeks of lead time. It lasts for three months and has to be cleaned daily as protein, lipids and other substances can build up on it. But cleaning is never 100% effective in removing such deposit, especially when pre-teens and early teens are the target users, who aren’t always known to be meticulous when handling personal hygiene. They may even damage the lenses in the cleaning process. That’s why Mr Leung has always wanted to produce daily disposable DISC lenses.

“DISC-1 Day lenses have UV-blocking property and don’t need cleaning. As opposed to DISC-SH, the daily disposable version doesn’t need to be customised. Users with prescriptions up to -10.00 dioptres may get their lenses right away after eye exam,” he said. DISC-1 Day has acquired the necessary certifications to be marketed in mainland China and Hong Kong, and has been a great success, with over 200,000 boxes sold as of September 2021.

Passionate about the technology, Prof. To strongly believed that it could improve the lives of many children. He was thus determined to turn his research into real products that could make a difference in this world. But the commercialisation of DISC has not been smooth sailing all along. Since the technology was developed in 2011, Prof. To has approached several contact lens manufacturers for partnership, but all negotiations fell through. He explained, “The market was not convinced that myopia control is either possible or important.”

However, these setbacks did not dampen Prof. To’s determination and spirits. “I then pitched the proposal to Jackson, an old classmate at PolyU and a good friend of many years who had abundant experiences as a trainer and technical consultant for optical companies,” said Prof To. Semi-retired at that time, Mr Leung was immediately attracted to the idea and agreed to starting a company with Prof. To. “It may not be a hugely profitable project, but it’s worth doing as it brings social good and better childhood eye care,” he said.

While both of them worked hard to create social impact, their alma mater shared their vision and was highly supportive of their entrepreneurial venture. VST has received funding support totalling HK$1.1 million through HKSTP-PolyU Tech Incubation Fund and PolyU Tech Launchpad Fund programmes. The startup was proven to be a great success, and has some exciting programmes in the pipeline. Apart from expanding the overseas market for DISC-1 Day, VST is developing more products based on the myopic defocus technology for the myopia population. 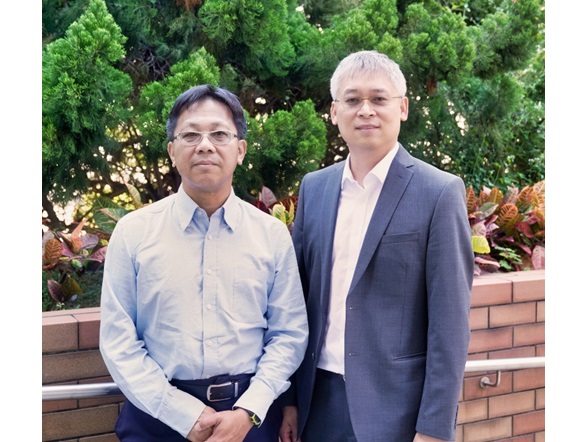 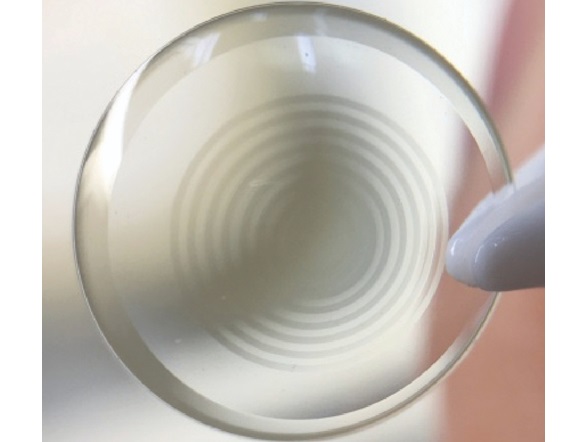 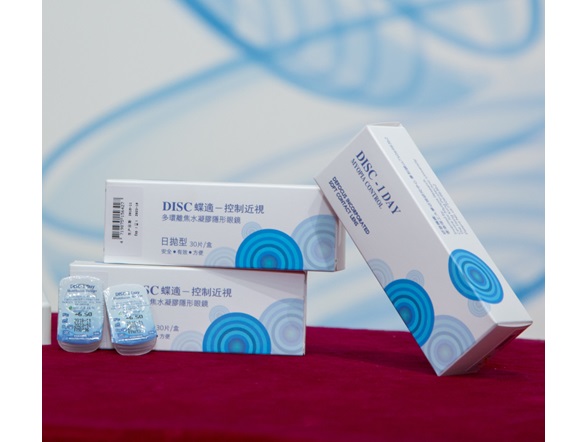