From Designer to Founder of Big Data Business 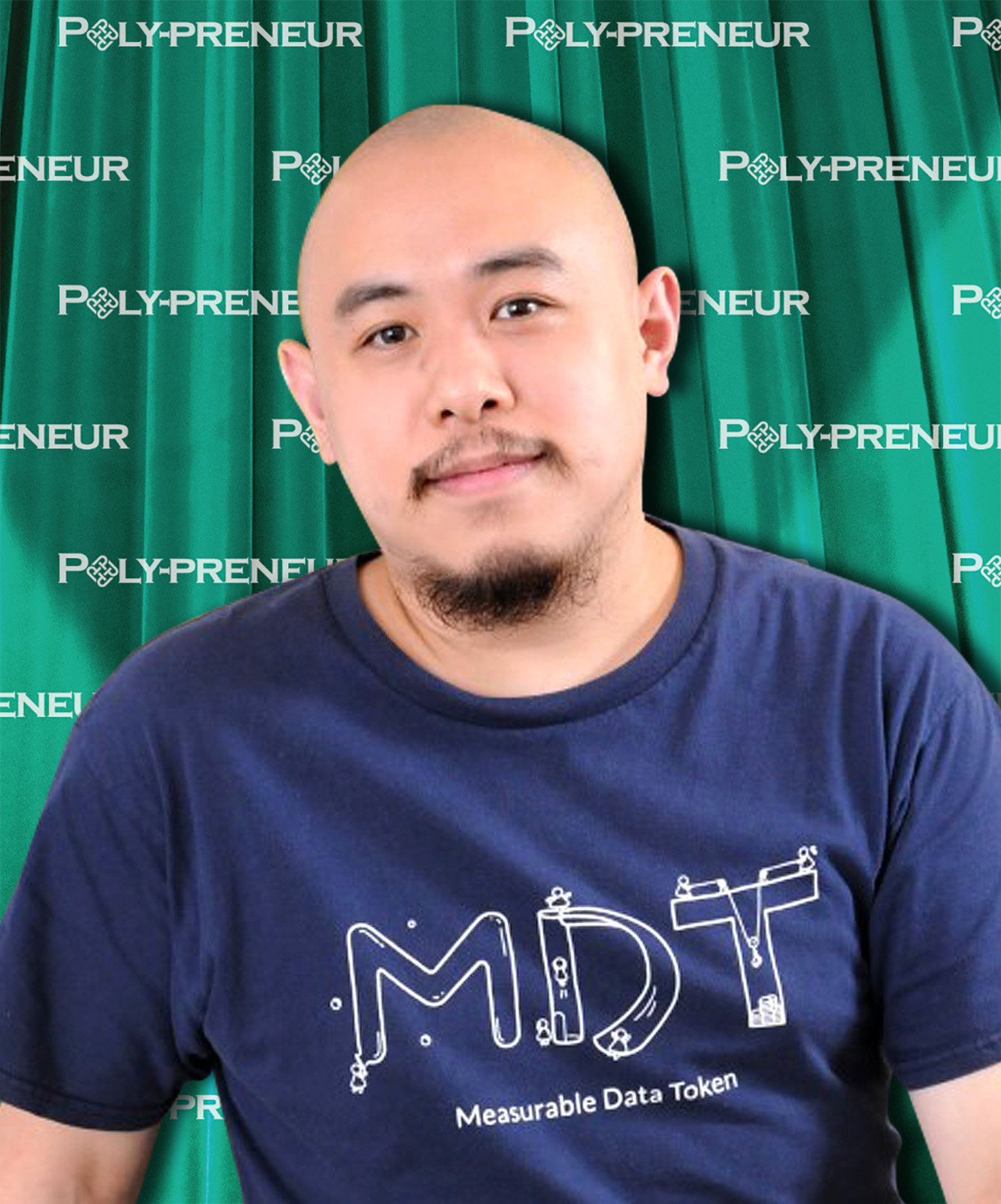 Mr Heatherm Huang, Co-founder of Measurable AI and Measurable Data Token, attended The Hong Kong Polytechnic University (PolyU) twice. Having graduated from PolyU’s Master of Design – Interaction Design programme, he is currently pursuing Doctor of FinTech (Financial Technology). The Poly-preneur, who has founded start-ups in both Asia and North America, has made his name in Silicon Valley. Whereas PolyU’s Master of Design programme helped him design products and services from consumers’ perspectives, the Doctor’s programme is now helping him bridge the knowledge gap regarding the financial industry, and is thus pivotal as he expands his businesses as an entrepreneur.

During high school in the mid-2000s, Heatherm was a three-time champion of national computer and innovation contests in the Fujian province and was ranked 11 and 13 in China. As a student, he launched an online student forum which was a highly popular, first-generation social network at the time. Later as a college student in Shanghai specialising in design, instead of finding employment for internship he founded with friends their first start-up Jiong Daily in 2008 and hired fellow students. The video platform, with the innovative idea of producing one fun video every day, had 2 million daily viewers and produced close to 1,000 videos within three years. They partly contributed to the popularity of the Chinese word Jiong, with the modern meaning of being goofy or fun, during those years.

Heatherm continued to thrive towards successful entrepreneurship as he came to Hong Kong to pursue Master of Design at PolyU in 2010. Through the entrepreneurial project, he got to know investors, venture capitalists, and Hong Kong’s biggest app vendor Green Tomato via which he joined TalkBox in 2011. As smartphones and 3G emerged, TalkBox offered the first voice messenger with the ‘push’ function on smartphones. It attracted one million users in the first two months and 10 million users within a year. Because of the success of TalkBox, a character in the 2018 Mainland TV series Era of Entrepreneurship (創業時代) was based on Heatherm. He then rode on the opportunity to launch his new app “Magic Crystal” (also known as MailTime 簡信) simultaneously.

It was with MailTime that Heatherm embarked on his journey to the Silicon Valley. The adventure began when he won the Best Mobile App award at the 4th Start-up Weekend in Hong Kong in April 2013 with what would later become the MailTime app. In October, the STEFG-PolyU China Entrepreneurship Fund (CEF) Scheme granted him a start-up fund of RMB 200,000. Since instant messaging apps such as WhatsApp and WeChat were closed platforms without universality which made it impossible for their respective users to communicate freely without barriers, Heatherm invented MailTime to solve the problem.  Leveraging on the universality of email and reformatting them into messaging conversations, users of different apps may now enjoy real-time messaging conversations.

Determined to tap into the global arena, he purchased a one-way ticket to the US. Pitching his ideas in Silicon Valley while applying for working permit, he raised USD 400,000 during the angel round. Using this angel fund and the RMB 200,000 CEF fund, he founded MailTime in San Francisco within months. Within a year, the company was among the handful of start-ups being selected by TechCrunch Disrupt 2014 SF Startup Battlefield, and there was so much media attention that Heatherm was recognised on the streets in San Francisco. With 200 million users in the first year, the start-up continued to attract investments and reap awards at Apple AppStore's Best of 2015 and Y Combinator 2016 Winter Batch.

There are ups and downs in every business and MailTime faced the biggest crisis in 2017. Whereas the company attracted over 100 venture capitalists, none put in further investment. Staff members had to be laid off. To solve the problem, Heatherm attended numerous investment events and soon learned about Initial Coin Offering and crypto-currency with vast potentials. He started from scratch and quickly learned by himself and from others so that he almost became an expert in barely a month. So instead of relying on funds with venture capitalists, he launched a crypto-currency to raise funds. With over-subscription since the first day, they were able to raise the equivalence of USD 10 million via Ethereum, thus developing a brand new business model.

Inspired by their mentor at Y Combinator who was also the founder of Gmail, Heatherm came to the realisation that the best value of their email app was about having users contribute data. In 2017, he co-founded Measurable AI which, based on MailTime’s infrastructure, invited food delivery and online shopping platforms and other large corporations to share data. Further to de-identification and exclusion of sensitive information, there is encryption and anonymity measures to protect privacy of consumers. Transactional e-receipt data from millions of online shoppers are then aggregated to generate actionable consumer insights. Real-time, automatic and accurate trends about consumer behaviour are provided for financial corporations and e-commerce platforms. Today, Measurable AI has become the biggest alternative data provider for emerging markets. The company has seen 100% annual increase in turnover since the Covid pandemic.

Heatherm has also created Measurable Data Token (MDT), a crypto-currency. It is part of the Decentralized Data Exchange Economy that connects users, data providers, and data buyers. By inviting consumers to opt in for data sharing and make money by getting MDT in return, Heatherm helped to build a new ecosystem in which buyers get genuine data from consumers and value is distributed to users.

Coming from design and technology backgrounds to meet consumer needs, Heatherm expanded his businesses to include big data and crypto-currency. As he began to work with financial clients, he found the need to bridge his knowledge gap. Whereas he knew that they needed data, he did not know how they used the data, how data was integrated into their workflow, and their specific needs. “Thanks to PolyU’s Doctor of FinTech programme, I meet classmates from the financial industry who want to acquire knowledge about AI and big data that I know. We complement each other,” Heatherm stated. As a student from the first cohort, he believes the programme brings more benefits to him than business and management programmes would do.

Looking back, Heatherm humbly said that he had been fortunate to be right on the trend and solve problems whenever they arose. The company has recently rented the entire block in the city centre. Looking towards the future, he hopes to see bigger advancement in their side projects such as Measurable Finance (MeFi) which bridges capital market and block chain. RewardMe, which encourages users to share data, has achieved over one million downloads since its launch in May 2021.

Inspired by Y Combinator, his motto is to ‘Make Something People Want’. He elaborated, “It is easy to make something, but difficult to make something that people want. It is not about what you want. It requires hypothesis, experiment and precise understanding of data to find out what people really long for.”

As for those who aspire to be entrepreneurs, Heatherm advised that they evaluate their capability to combat risks, and build solid foundations which are always vital. 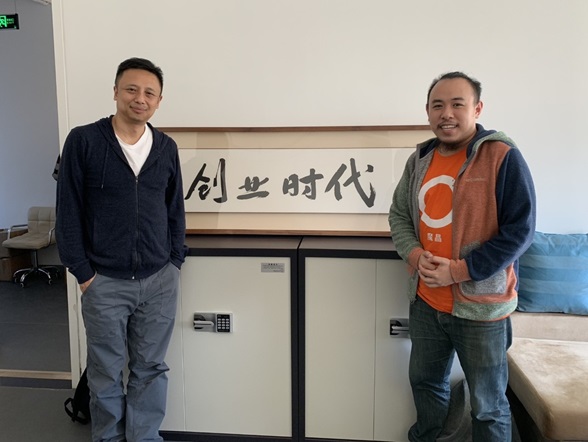 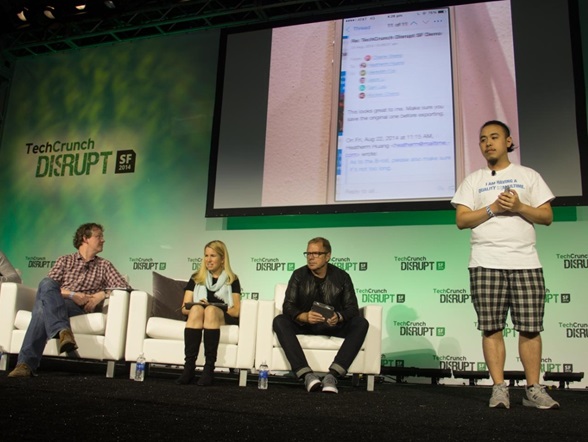 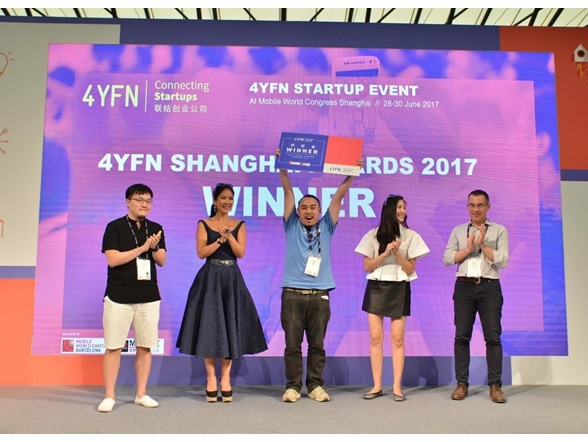 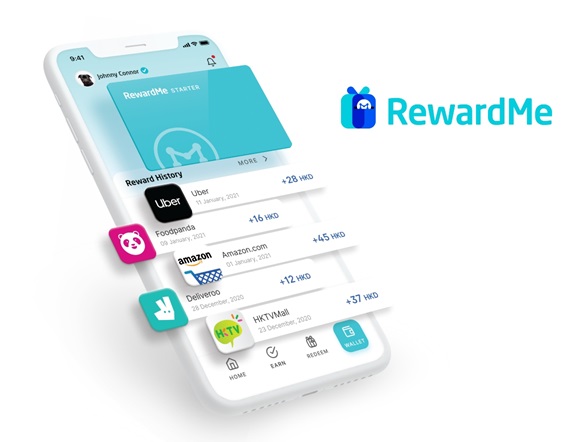