Focusing on tensions and links between national formation and international outlooks, this talk shows how classical world visions persist as China’s modernizers and revolutionaries adopted and revised the Western nation-state and cosmopolitanism. The concepts of tianxia (all under heaven) and datong (great harmony) have been updated into outlooks of global harmony that value unity, equality, and reciprocity as strategies of overcoming interstate conflict, national divides, and social fragmentation. The talk will delve into two debates: the embrace of the West vs. aspirations for a common world, and the difference between liberal cosmopolitanism and socialist internationalism.

Ban Wang is the William Haas Professor in East Asian Languages and Cultures and Comparative Literature at Stanford University. His publications include The Sublime Figure of History (Stanford UP, 1997), Illuminations from the Past (Stanford UP, 2004), History and Memory (Lishi yu jiyi) (Oxford UP, 2004), and China in the World: Culture, Politics, and World Vision (Duke UP, 2022). He has edited 8 books on socialism, film, memory, culture, and China.

Brian Tsui is Associate Professor at the Department of Chinese Culture, The Hong Kong Polytechnic University. He is the author of China’s Conservative Revolution: The Quest for a New Order (Cambridge UP, 2018) and an editor, with Tansen Sen, of Beyond Pan-Asianism: Connecting China and India, 1840s–1960s (Oxford UP, 2021). 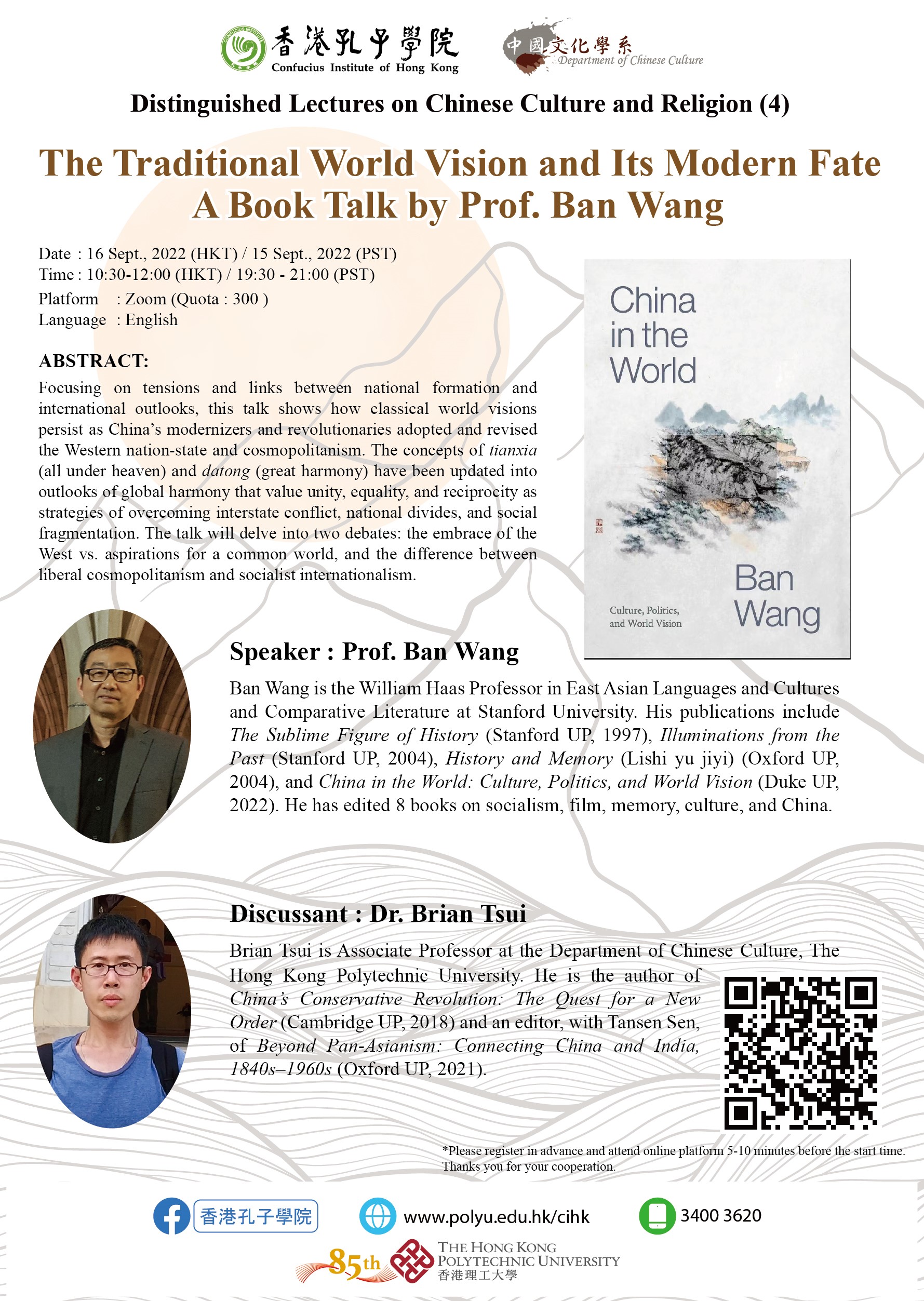