PolyU 85th Anniversary: Distinguished Lectures in Humanities - Good English: The Languages of Knowledge and the Knowledge of Languages 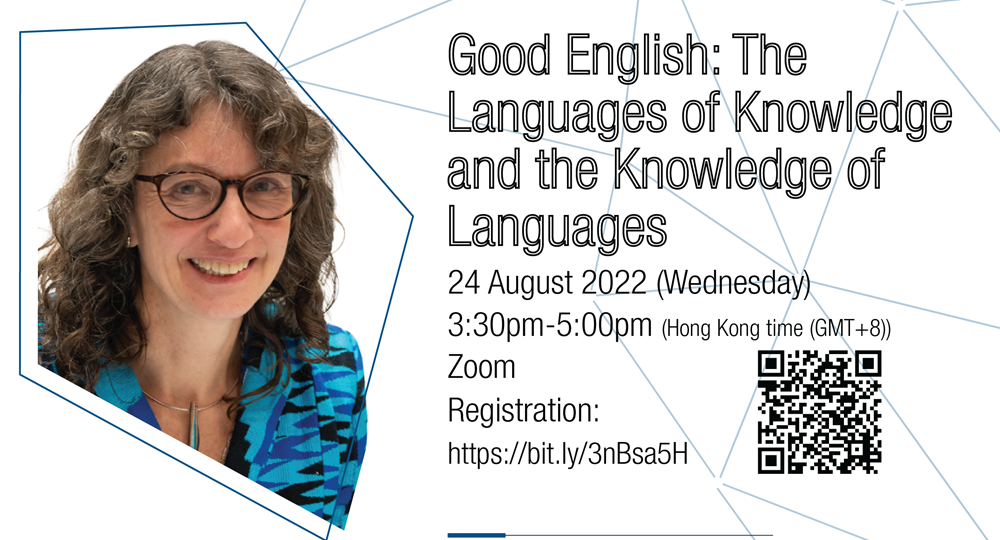 How we talk about what we know and how we come to know about what we believe we know are not simple things. We enter the world into the languages of our primary care givers and then navigated the social and cultural worlds through myriad repertories and hierarchies of understanding.

To do so you can expect to go on a journey from the Schwarzwald/ Black Forest in Germany with its dialects and – yes – camels – to the heart of the European language project and through many of the countries of the Global South – including Ghana, Zimbabwe, The Occupied Palestinian Territories, Uganda, and those 12 countries which for the focus of the MIDEQ project – the World’s largest Migration Research project, awarded £20 million and examining, amongst many other aspects, the role of languages and culture in south-south migration.

Prof Phipps will be joined by an artist from the MIDEQ team – Tawona Sitholé – a practice based arts researcher who will share some of his poetry and his academic work on the languages which have not yet found an easy of sustained foothold or placement as creators of knowledge. The paper will share stories in an accessible way but also pose searching questions about what is troubled and what is diminished by hierarchies of knowledge of languages and the languages of knowledge. Expect a counter story of frustrated knowledge, of language diminishment and of a turn towards new forms of linguistic hospitality.

Alison Phipps - UNESCO Chair in Refugee Integration through Languages and the Arts at the University of Glasgow and Professor of Languages and Intercultural Studies. She was De Carle Distinguished Visiting Professor at Otago University, Aotearoa New Zealand 2019-2020, Thinker in Residence at the EU Hawke Centre, University of South Australia in 2016, Visiting Professor at Auckland University of Technology, and Principal Investigator for AHRC Large Grant ‘Researching Multilingually at the Borders of Language, the body, law and the state’; for Cultures of Sustainable Peace, and is now co-Director of the Global Challenge Research Fund South South Migration Hub. She is Ambassador for the Scottish Refugee Council. She is an academic, activist, educator and published poet. 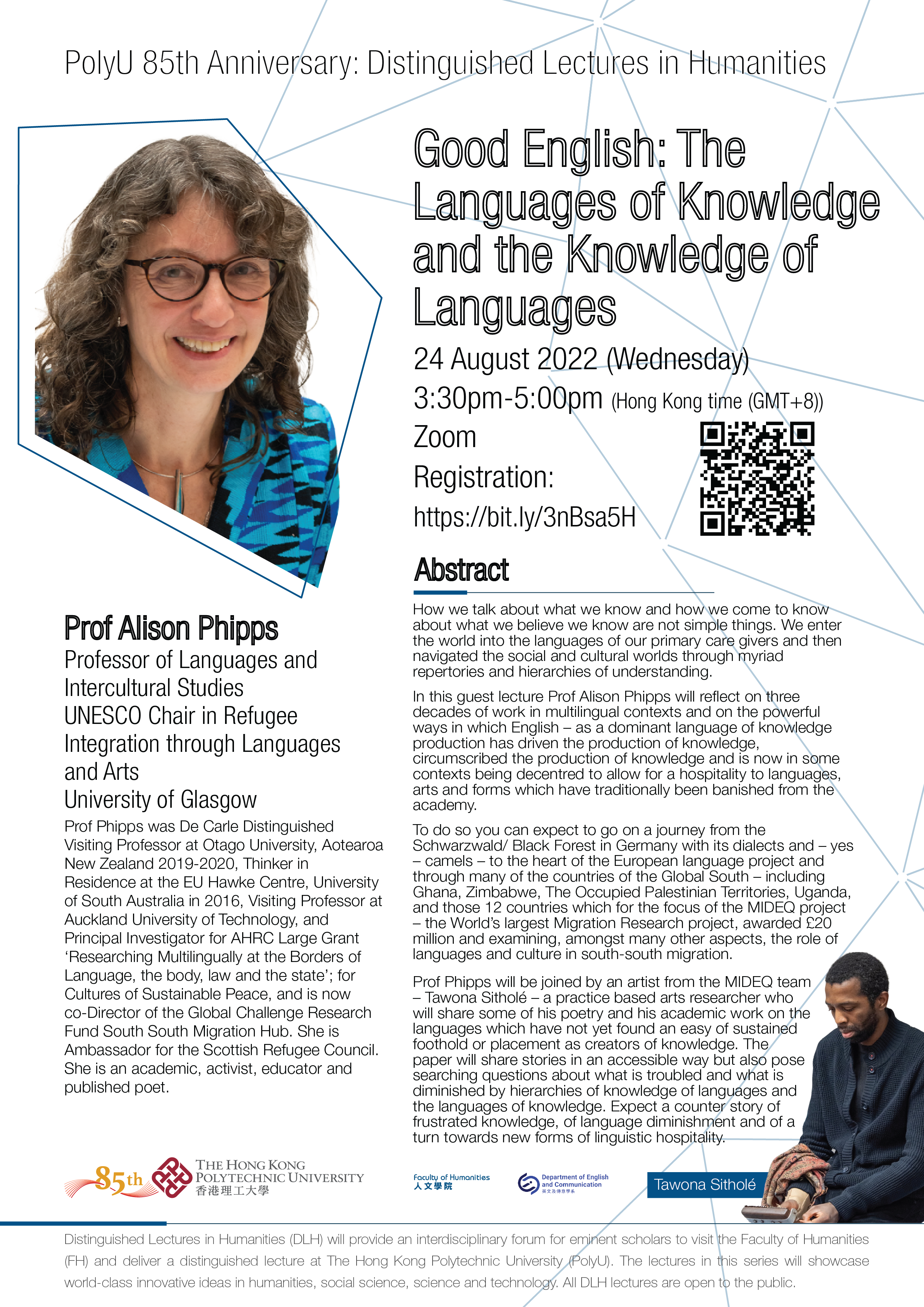