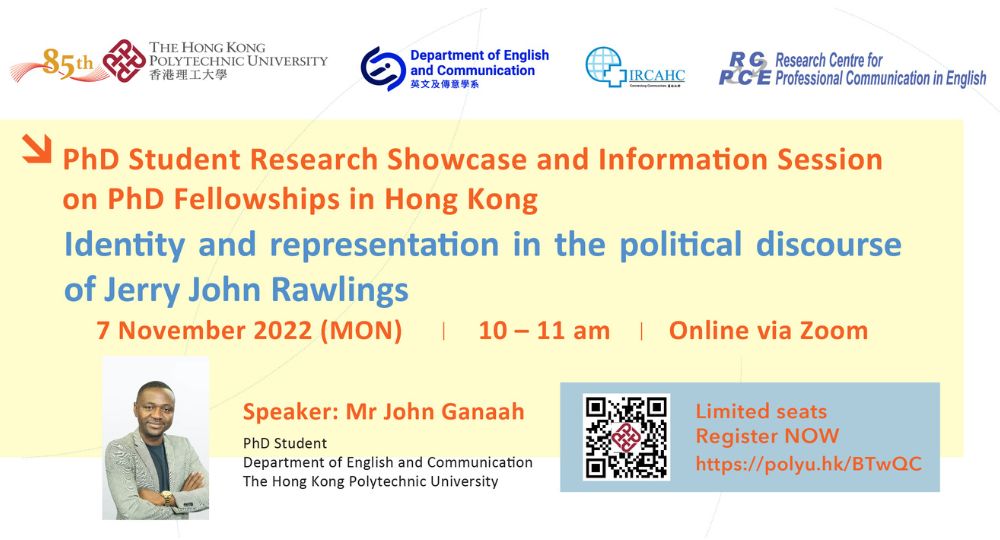 Title: Identity and representation in the political discourse of Jerry John Rawlings

A fascinating area of research in both applied and critical linguistics is the analysis of social actors’ use of language/discourse resources in different contexts to construct various representations of reality that have the potential of ideologically influencing the way we see, think, and talk about issues and people. My PhD study is situated in and contributes to knowledge in this research tradition. The study focuses on political discourses associated with Jerry John Rawlings, Ghana’s longest serving leader whose transition from head of a revolutionary military government to first elected President of a liberal democratic government in Ghana’s 4th Republic marked the changing narrative of Ghana’s political scene; evolving from a nation suppressed by autocratic rule and economic decline to a democratic and economically viable one rebuilt through the bravery of its revolutionaries. As such, it examines the various linguistic tools (i.e., lexical choices, syntactic structures, semantic and pragmatic tools) and discursive strategies powerful social actors use to construct specific discourses in their performance of politics which serve to create coherent self-representations and unique identities that have the potential of influencing society’s political trajectories. In this talk, I present a brief overview of my PhD research and state how its critical approach contributes to a nuanced understanding of identity politics and the legitimation of self-representation. 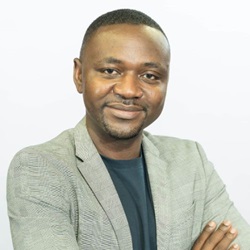 John Ganaah is a PhD candidate with the Department of English and Communication at The Hong Kong Polytechnic University and an awardee of the prestigious Hong Kong PhD Fellowship Scheme. His current research focuses on how individual socio-political actors construct identity and represent Self in their performance of politics and explores the discourse practices, representational and legitimation strategies used by these socio-political actors to validate those representations. His research interests include critical discourse analysis, media and political discourses, and language and politics. He is also a member of the Research Centre for Professional Communication in English (RCPCE) of the Department of English and Communication, The Hong Kong Polytechnic University.