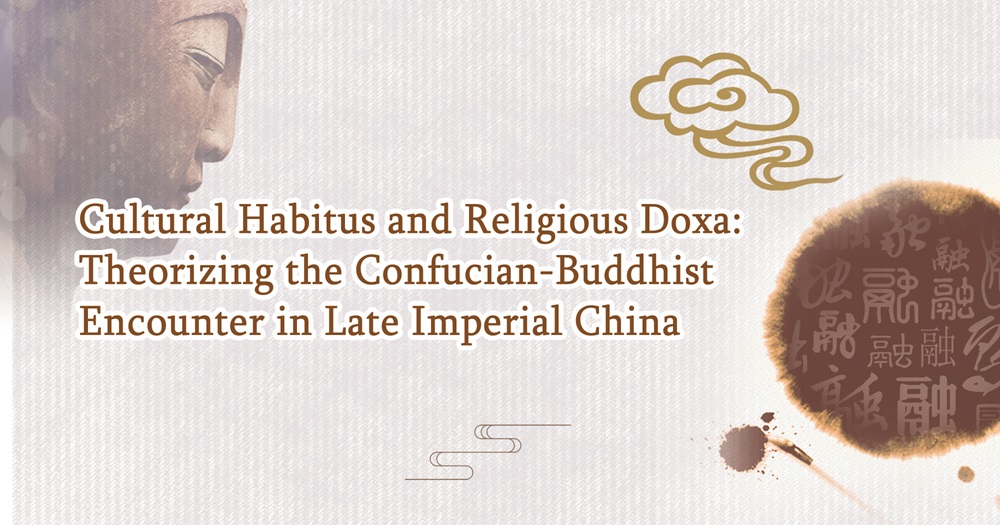 The paper explores Confucianism’s interaction with Buddhism in late imperial China by examining the mediating and defining role of the latter, especially its Chan iteration. The fact that Chan, a predominant Sinitic Buddhist sect, exerted enormous influences on the origination and development of Neo-Confucianism is commonly acknowledged and generally well-known. The paper theorizes the fraught relationship between the two religio-philosophical traditions through the intervention of Pierre Bourdieu’s descriptive-analytic ideas of “habitus” (a continuous system of ideational and ideological dispositions constituted historically) and “doxa” (the cultural realities that are taken for granted, consciously or subconsciously), and in the process, it also questions and critiques the much-used theoretical framework of syncretism. The paper argues that Chan, while being branded as a heterodoxy at odds with the Confucian orthodoxy, was in actuality integrally and functionally a part of the Chinese cultural capital. Their respective putative doctrinal certitude in large part relied on their self-identification in terms of each other. At the same time that they sought to negate and denigrate each other, they became mutually reinforced and clarified.

On-cho Ng is Professor of Asian Studies and Philosophy, and former founding Head (2012-2021) of the Asian Studies Department at the Pennsylvania State University. Primarily a specialist in late imperial Chinese intellectual history, he has published extensively on a wide range of topics, such as Confucian hermeneutics, religiosity, ethics, and historiography. His books include Cheng-Zhu Confucianism in the Early Qing, Mirroring the Past, and The Imperative of Understanding. His dozens of articles have appeared in major outlets such as Dao, Philosophy East and West, Journal of Chinese Philosophy, Journal of World History, Journal of Chinese Religions, and the Journal of the History of Ideas. He is co-editor of the Book Series on Chinese intellectual history published by National Taiwan University and serves as associate editor of the Journal of Chinese Philosophy. He is also the Vice-President of the International Association for Yijing Studies (Beijing) and sits on the editorial boards of several academic publications.