Mr Melvin AU Yin Chung, a current student of the Master of Design (Design Strategies) at The Hong Kong Polytechnic University, has won the new logo design competition held by the Center for Economic Sustainability and Entrepreneurial Finance (CESEF). The new visual identity highly reflects the Center’s objective and aspiration.

Melvin had submitted two separate entries to the competition and the second one caught the panel’s eye. The first draft was his first attempt to represent CESEF’s vision in a logo. After fine-tuning the first design repeatedly, he eventually came across the idea of the second design that won this competition.

The new logo designed for the Center for Economic Sustainability and Entrepreneurial Finance (CESEF) is formed of the five-letter abbreviation “CESEF”, where the letter E (E for both “Economic” and “Entrepreneurial”) is placed on the left, colored in blue; F and S are on the right and colored in green. The letter C is just hidden in the negative space between the strokes of the letter E. Meanwhile, all colored geometric planes constitute a big Chinese character “可” —the first character of CESEF in Chinese. Both the first Chinese character and English abbreviation of the Center are manifested in just one simple logo.

The final product was developed through numerous attempts and by trial and error. Melvin admitted that the inspiration of using the Chinese character “可” came to him suddenly at the last minute during his 2-week creation period. “It was as if I was struck by a brainwave”, Melvin recalled when asked about the design process. The incorporation of both Chinese and English characters into one logo is an innovative approach to logo design, which emphasizes the bilingual feature of the organization.

Melvin also talked about the difficulties he encountered while designing the logo. As the Center’s full name is too long, which certainly affects the design visibility, he put a lot of effort in producing the clearest and user-friendly logo. In addition, it was hard to correlate the concepts of “economic sustainability” and “entrepreneurial finance” with relevant graphic symbols.

As for the use of color, he utilized two colors, dark blue and green, for the logo. He chose these two colors because they resemble the color tones of the original logo, only that they are in a darker shade. “The new logo is a continuation of the previous logo, and symbolizes the gradual evolution of CESEF into a more mature and well-developed organization. The logo appears more conspicuous and professional”, Melvin said. 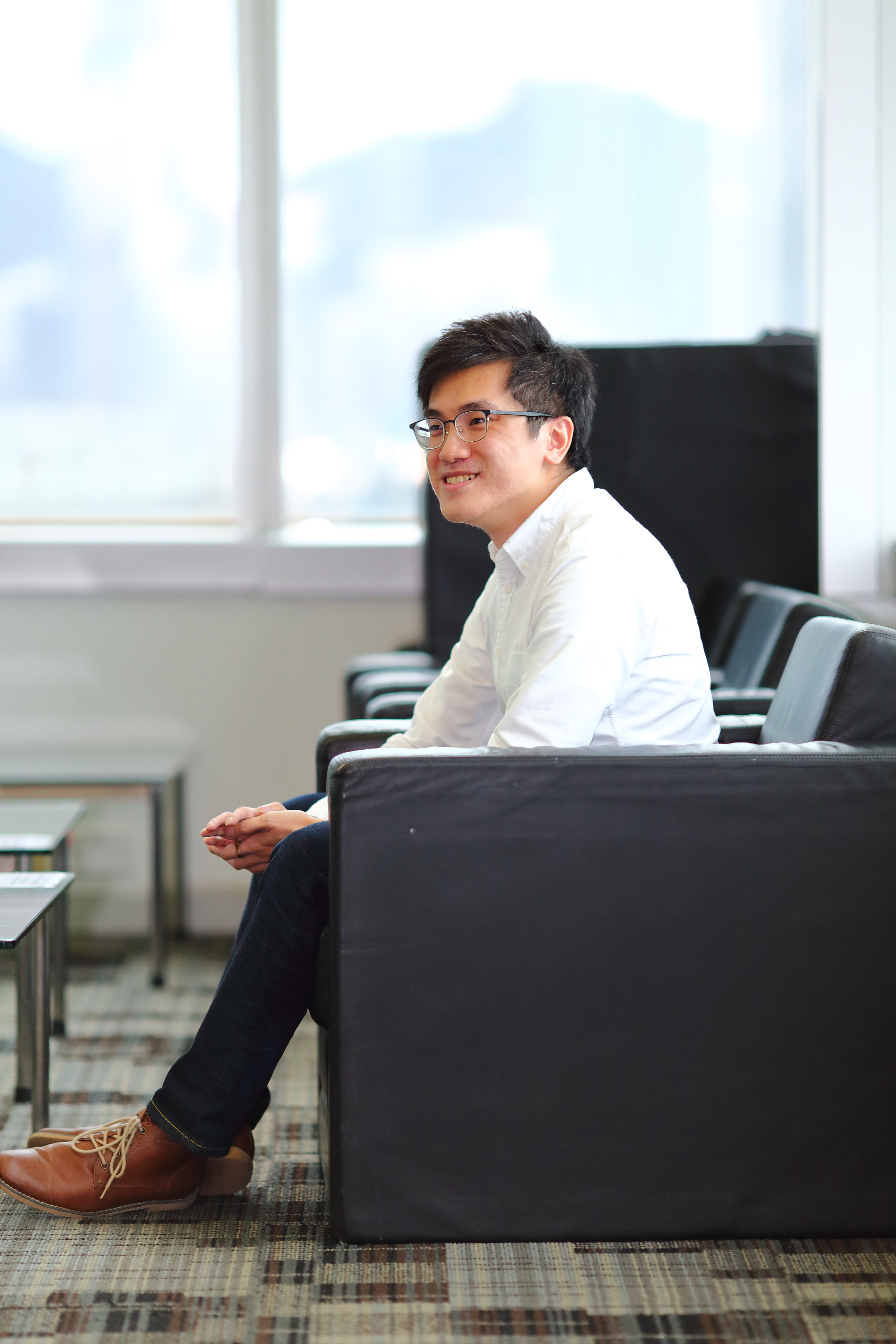 Melvin Au Yin Chung is a designer in Hong Kong, mainly focusing on user experience, visual communication, and media art. Currently he is a student of Master of Design (Design Strategies) at PolyU in Hong Kong.

Seminar 11: The State of Sustainable Finance and Sustainable M&A in APAC and China 5th July, 2022 (Tuesday)