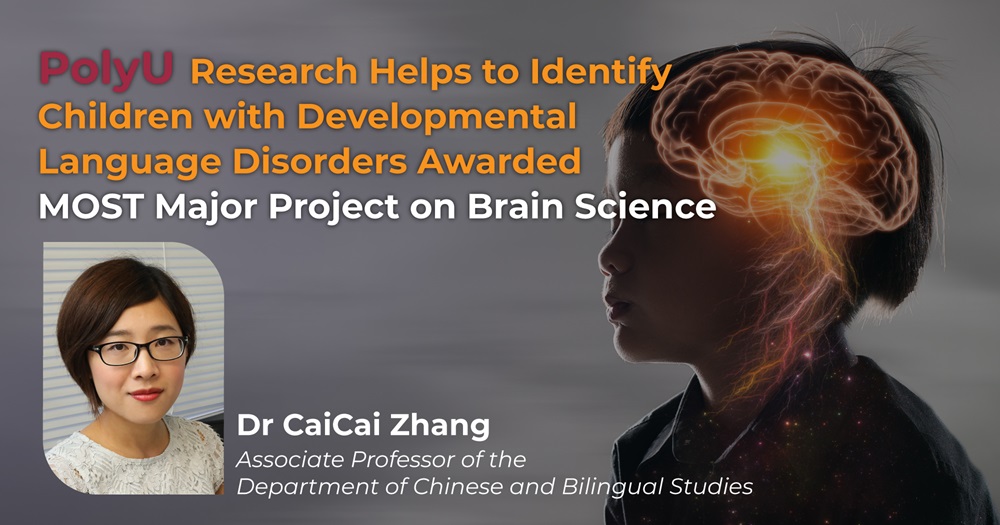 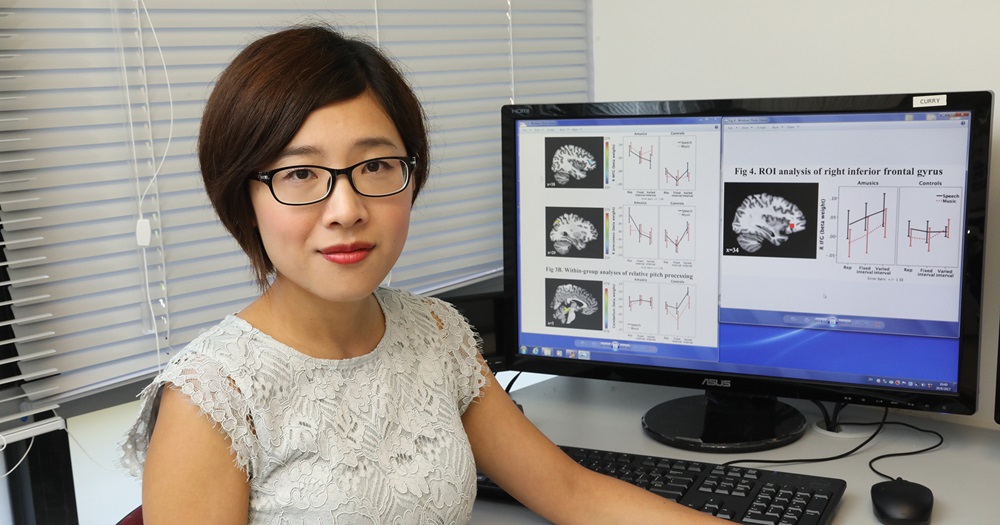 Dr Zhang Caicai, Associate Professor of the Department of Chinese and Bilingual Studies of The Hong Kong Polytechnic University (PolyU)

To help identify children with developmental language disorders in the early stage and to reveal the impact of sleep activities on language development, a project led by Dr Zhang Caicai, Associate Professor of the Department of Chinese and Bilingual Studies of The Hong Kong Polytechnic University (PolyU), has been awarded funding from the National programme Sci-Tech Innovation 2030 – “Brain Science and Brain-like Research” Major Project (Young Scientist category), with a total amount of RMB 5M.  This is the only project in Hong Kong supported by this programme in the area of brain cognition mechanisms this year.

Dr Zhang's research team has conducted extensive work in the research fields of language acquisition, language disorders and neurolinguistics in children and achieved fruitful results. She also has formed an international cross-disciplinary team led by PolyU with the participation of Georgetown University, the University of Hong Kong and the Chinese University of Hong Kong, including experts in neurolinguistics, speech therapists, pediatric brain imaging specialists, psychologists and geneticists.
The awarded project is entitled “Neurocognitive markers for typical language development and language disorders in children: A longitudinal study based on long-term memory, sleep and brain development”.

This project will adopt a longitudinal approach to track 100 physiologically healthy Cantonese-speaking children in Hong Kong from the age of three to seven years old for five years, assessing their long-term memory, language and sleep activities every year, including language assessments and diagnoses of language disorders.

Dr Zhang remarked, "The age of three to seven is not only an important stage for children's speech, language and literacy development but also a golden time for diagnosing developmental disorders of speech and language, stuttering, and dyslexia.”
This project will introduce novel sleep research to reveal how long-term sleep quality and post-learning brain oscillatory activities contribute to declarative and procedural memory consolidation and the development of these memory circuitries over time.

Dr Zhang said, "Sleep plays a vital role in children's cognitive development, including long-term memory and language development. Our team hopes this research can inform educational policies such as the optimal sleep duration during childhood.

Launched by the Ministry of Science and Technology (MOST), the "Brain Science and Brain-like Research" Major Project involves five research areas and 59 topics with total funding beyond 31 billion.