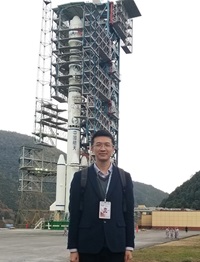 High-precision and high-resolution topographic information for surface hazard analysis and landing site evaluation are vital for the success of any landing mission to planetary bodies. They are also essential for planetary science research. A LSGI research group led by Prof. Bo Wu has systematically researched planetary remote sensing over the past decade. They have advanced research and development in planetary mapping and remote sensing data analysis. A new integrated 3D mapping model has been developed for high-precision and high-resolution topographic mapping of the Moon and Mars, surpassing all existing technology, such as photogrammetry or laser altimetry. Novel deep learning approaches have also been developed for more automated and robust analysis of planetary remote sensing data. These developments led to a 'Gold Medal' and an 'R. Alekseev Award' for the PolyU team at the 44th International Exhibition of Inventions in Geneva in April 2016. The research article about multiple-source data integration for precision lunar topographic mapping was cited by Nature Index as 'a landmark paper on lunar topographic models' in an analysis of the research produced by universities in Hong Kong. The developments and results have been extensively used for landing site mapping and characterisation for China’s lunar and Mars landing missions.

Environmental change and geohazards often have drastic impacts on our society. A better understanding of the problems and developing effective technologies to detect the precursors of emergent situations can help mitigate the prob 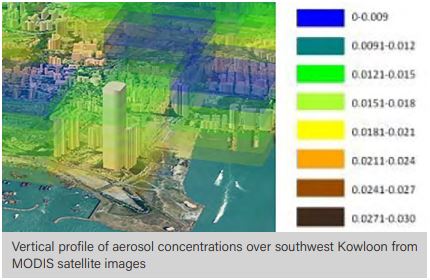 lems and reduce their effects. A group of LSGI researchers, including Prof. Xiaoli Ding, Prof. George Liu, Dr Charles Wong, and Dr Wallace Lai, has developed advanced satellite and ground-based remote sensing technologies to study the environment, geohazards and problems in urban infrastructure (including underground utilities and infrastructure). Their extensive research findings have been published in some top international journals, leading the technological advancement in this research area. The technologies have been widely used in Hong Kong and internationally, contributing to a healthier and safer living environment. For example, technologies for mapping the effect of urban air quality and heat islands and health conditions of underground utilities have been transferred to various Departments of the Hong Kong SAR government, such as the Planning Department, Lands Department, Hong Kong Observatory and the Water Services Department. The Global Navigation Satellite Systems (GNSS) deformation monitoring technology has been used widely in Taiwan, Korea, Mainland China and Hong Kong for landslides and structural safety monitoring. The multi-antenna GNSS technology developed by this team has become an industry standard for deformation monitoring. Several awards have been received, including the first prize of the Natural Science Award from the Ministry of Education in China in 2014. 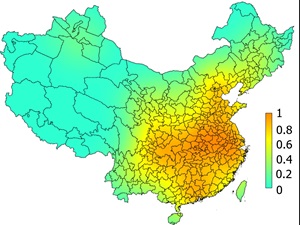 Big data is meaningless without data analysis. A LSGI research group has made systematic studies on the theories and methods for modelling uncertainty and quality control of spatial data, modelling the uncertainty propagation in spatial analysis and surface reconstruction and measuring and computing the reliability in spatial analyses and spatial data mining, algorithms and models for spatial modelling, including the multi-scale representation of spatial data and spatial analysis results. The theoretical research on uncertainty in data quality and spatial analysis has been widely applied in spatial data quality assessment and control in Hong Kong and the region, the data quality assessment standards of Macao Geographic Information System (GIS) data for the Macao government, and the quality assessment for the first National Geographic State Survey of China. An extended WKDE model was developed and forecasted COVID-19 onset risk for the whole pandemic period in China. The decrease of the onset risk attributed to the Wuhan lockdown was more than 8% to 21.3% in cities in China. The work in digital terrain modelling has been the basis for the establishment of the national accuracy specifications for digital elevation models and used for quality control in the establishment of national digital elevation models. Highly recognised internationally, the work has honoured Prof. Wen-zhong Shi and Prof. Zhilin Li with the State Natural Science Award (the second class prize) from the Central Government of China in 2007 and 2004, respectively. They also won prestigious awards from the International Society for Photogrammetry and Remote Sensing.

Location-based services and vehicle navigation have become emerging spatial information technologies. The GNSS-based (Global Navigation Satellite Systems) positioning and navigation technology is the cornerstone for numerous applications in modern society. A research group in LSGI has identified a number of key problems related to GNSS positioning and navigation in dense urban areas, such as Hong Kong. Prof. Wu Chen’s team has been contributing to the enhancement of the accuracy of city navigation by developing a seamless urban navigation system overcoming the inaccurate outdoor positioning due to multi-path effects in urban centres packed with skyscrapers, low latitude ionosphere anomaly, a highly humid GNSS observation environment and canyon effect. The lateral accuracy has been largely improved. These improvements were resulted after modelling, analysing and integrating the GNSS signals from China’s BeiDou, GPS of the US, Europe’s Galileo, and Russia’s GLONASS. A powerful cloud server ensures that the positioning is updated in real-time, supporting various smart city functions.

GNSS has also been integrated with GIS (Geographic Information System) for vehicle navigation and public transport systems. Such work addresses some of the key problems in intelligent transportation systems (ITS) with great industrial and societal effects. In addition to the development of a land vehicle navigation system with 95% reliability, the research team also developed a public transport inquiry system (HKeTransport) that has been available for public use since 2010. The product for enhancing the public transport system has won a Merit Award in Mobile Infotainment of HK Wireless Technology Excellence Award (2005), a Best Public Service Application Silver Award in ICT Award (2009) and a Meritorious Award of the Civil Service Outstanding Award (2011). The system has been incorporated in HKeMobility, a one-stop platform by the Transport Department in 2018. 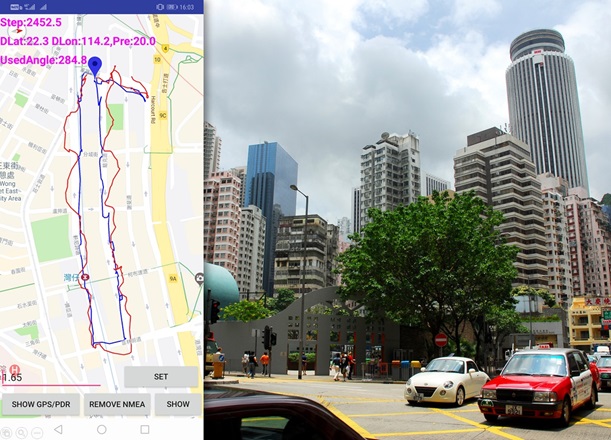